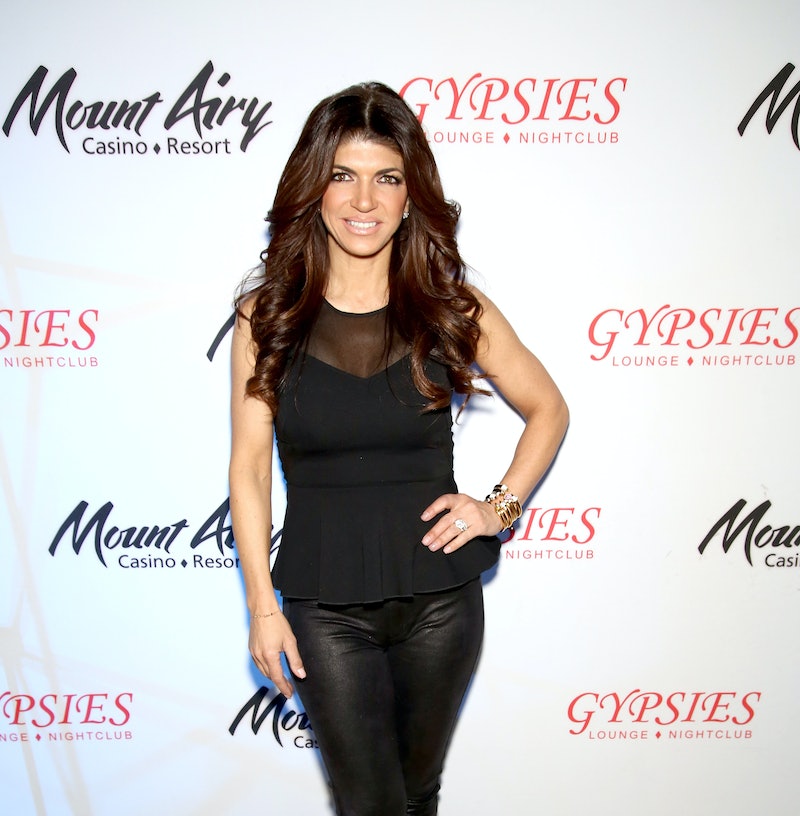 Real Housewives of New Jersey viewers have seen Teresa Giudice go through so much over the years. The Queen of the Jerz has been to hell and back. It's so crazy watching rerun marathons and seeing how much Teresa Giudice has changed since her first RHONJ episode until now.

It really feels like Season 1 of RHONJ was such a long time ago. Everything is different now. Thankfully, Teresa is still the same old Teresa when it comes down to it, but the woman has come a long way. Through the good, the bad, and the ugly, Teresa has done whatever she could to maintain a positive attitude the entire time. And if anything, she became even stronger through all of the troubles that she has overcome during the past few years.

The one obvious change that most of us know about — even if you are (somehow) not a Real Housewives of New Jersey fan — is that Teresa was in prison for nearly a year. Nevertheless, there is so much more to Teresa's story than that scandalous time period in her life.

These are some of the ways that Teresa has evolved from the first Real Housewives of New Jersey episode to the present.

1. She Is A Businesswoman

At the beginning of RHONJ, Teresa was very proud of her busy life as a stay-at-home mom. Now she's doing all the same things plus even more as a cookbook author, reality TV star, and in every other role she takes on. She is a money-making machine these days.

When we first "met" Teresa on the show, she had three daughters. Now, her family is complete with the addition of her youngest child Audriana.

3. She Is No Longer Friends With Jacqueline Laurita

4. She Got Breast Implants

Fans got to see Teresa make her decision to get breast implants on the show and it was something she was very open about.

5. She Gets Along With Melissa Gorga

Teresa and Melissa went from being mortal enemies, to sisters-in-law on speaking terms, to best friends. And this something that none of us ever expected to see.

6. She Is The Clear Star Of The Show

RHONJ seemed like an ensemble show at first, but it became obvious that the true star is and will always be Teresa. I mean, the show stopped filming while Teresa was in prison. Clearly it's Teresa's world and everyone else is just living in it.

As much as I love Teresa, she has been notoriously stubborn. Now, she is actually apologizing to people and genuinely trying to make amends with people like Melissa and Jacqueline... Obviously one of those efforts is faring a lot better than the other.

8. She's Into Working Out

Sure, we've seen Teresa in the gym before, but now Teresa is a yoga enthusiast thanks to her time behind bars.

9. She Is More Glamorous

Teresa started out as a super relatable mom, but now she is always dressed to impress at all time. She is very rarely shown without perfect hair and makeup.

All of the Teresa fans love her for the sass, so it would be a real shame if she completely calmed down. Thankfully, she has mellowed out and can direct her anger in a better way — something she attributes to the time she spent away from her family.

11. She Is A Social Media Queen

Over the years Teresa has established herself as the queen of RHONJ. As such, she has plenty of loyal social media followers and this allows her to make even more money by endorsing products like teeth whiteners, detox tea, clothing, and curling irons. Teresa does more than post selfies on social media. She is setting the standard for how to take advantage of Real Housewife fame.

Teresa Giudice is always changing, but she will always be such an endearing character. No matter what she goes through, Teresa takes on everything successfully and with a positive attitude. All hail the queen of Jersey.

More like this
Everything To Know About 'RHONJ' Season 13
By Brad Witter
‘RHOBH’ Newcomer Sheree Zampino Is Still Close To Ex-Husband Will Smith
By Brad Witter
How 2 'American Idol' Singers Performed With COVID-19 & Made It Into The Top 5
By Jake Viswanath
Scott Disick’s First Time Around Kravis Was “Awkward,” To Say The Least
By Jake Viswanath
Get Even More From Bustle — Sign Up For The Newsletter