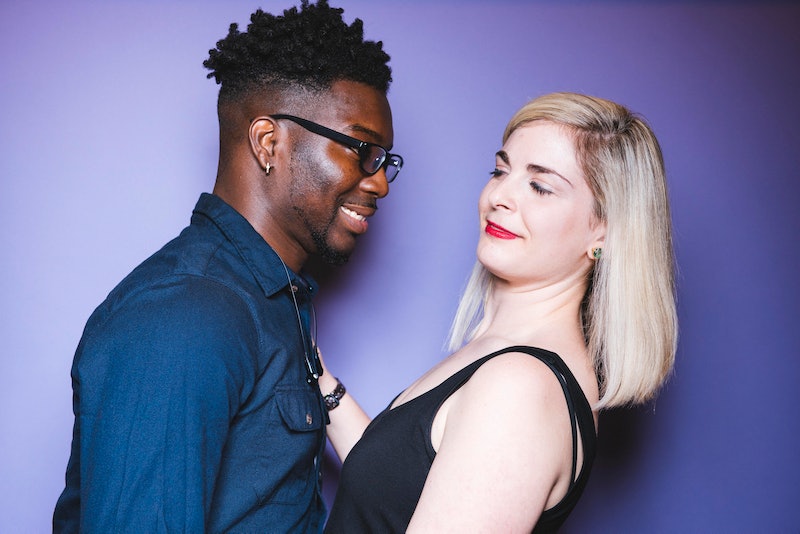 Certain sexist behaviors have become so socially acceptable, they're rarely acknowledged as harmful — and, indeed, sometime we might not even realize they're harmful. They're the things that don't seem like sexist microaggressions, but actually are — the common comments and sayings that might hurt when you hear them, even if you can't quite articulate why. But if we look carefully at what we and others are doing, it becomes clear that these behaviors are sexist — and even clearer that they need to stop. And until we acknowledge how problematic they are and actively work to put an end to them, we will continue to perpetuate misogyny in its most subtle but insidious forms.

For those unfamiliar with the term, a microaggression is something that isn't obviously hateful or violent, but still sets a group of people back. Dictionary.com defines a microaggression as "a subtle but offensive comment or action directed at a minority or other nondominant group that is often unintentional or unconsciously reinforces a stereotype"; meanwhile, according to the Oxford English Dictionaries, a microaggression is "indirect, subtle, or unintentional discrimination against members of a marginalized group." Because they are by definition so subtle, microaggressions can be a little more difficult to spot than some other notable feminist issues — for example, the wage gap and the sexual assault epidemic, which are both quantifiable and easy to prove. Certain ways of speaking and behavior, however, might not be as easily quantifiable — and what's more, they're the norm within our culture, which means we're often willing to let them slide. But just because they're the norm doesn't mean they're not problematic; indeed, they actively contribute to the larger issues of gender equality, even when we don't realize it. That's where microaggressions fall.

Here are a few behaviors that may not seem like sexist microaggressions, but absolutely are. If you get offended by them, you're not being overly sensitive, the "PC police," or whatever else people might have you believe. You're noticing very real issues, and you have the right to speak up about them.

It's considered a harmless pastime for straight men to talk about women they hook up with like conquests, exchange high fives, discuss their bodies in detail, or use rapey phrases like "scored" and "got it in." But this is not, in fact, harmless because it makes their relationships with these women hierarchical, with one person getting what they want and the other person granting it, rather than sexual acts or relationships being mutual. A woman should be able to go home after a hookup feeling like she's on the same level as her partner.

When people express concern about a woman's well being, they may have good intentions, but these intentions are often based on false ideas about what is and isn't good for women. For example, when people worry that a woman is lacking self-esteem because she has a lot of casual sex, they're usually assuming her sexual activity is meant to please others rather than herself — that she's doing it "for attention," and that to do so is bad or makes her "a slut." It ignores the possibiility that — gasp! — women can and should enjoy sex just as much as men can, and that whatever sex she's having might be because she likes it. The idea that a woman can't have lots of sex — or wear makeup, or do anything else people often express "concern" about — solely for themselves is sexist.

Unless you have specific people in mind who all identify as men, saying "IT guys" or "policemen" or other words and phrases that assume people are men implies that women and gender non-conforming people can't be members of these groups. Even if the group you're referring to does, in fact, predominantly consist of men, that doesn't mean it has to predominantly consist of men — and, indeed, it probably shouldn't. But language that assumes male to be the default perpetuates a world where it does.

4. Treating Being Single Or Childfree As If It's A Problem With A Solution

People often assume that a woman's singlehood or lack of children is a problem — and one that they can help "solve." While there's nothing wrong with helping to set up a woman on a date if she wants it, the assumption that everyone wants to get into a serious relationship, get married, and have kids needs to go — and doubly so because this assumption is disproportionately made about women. Some people prefer to be single; some want to have several partners, but not commit to one person or get married; and some want a life partner, but don't want kids. These are all valid choices, just as getting married and having kids are — and none of them are "better" than any of the others.

You might have heard people say they support gender equality because women are more compassionate or nurturing or emotionally intelligent. But while the first part of this sentiment is good, the latter isn't. Women should be treated as equals even when they're aggressive or mathematically oriented or whatever people think constitutes male behavior. If we're still expecting women to conform to gender roles, we're not helping them, no matter how much we think we are.

More like this
How To Fight For Reproductive Rights, Based On How Much Time You Have
By Courtney Young
Experts Say These 23 Things Won't Happen In A Strong Relationship
By Carolyn Steber
Sandra Bullock, Girlboss Extraordinaire
By Matt Harkins & Viviana Olen
Lydia Leonard Is Setting The Record Straight
By Olivia-Anne Cleary
Get Even More From Bustle — Sign Up For The Newsletter