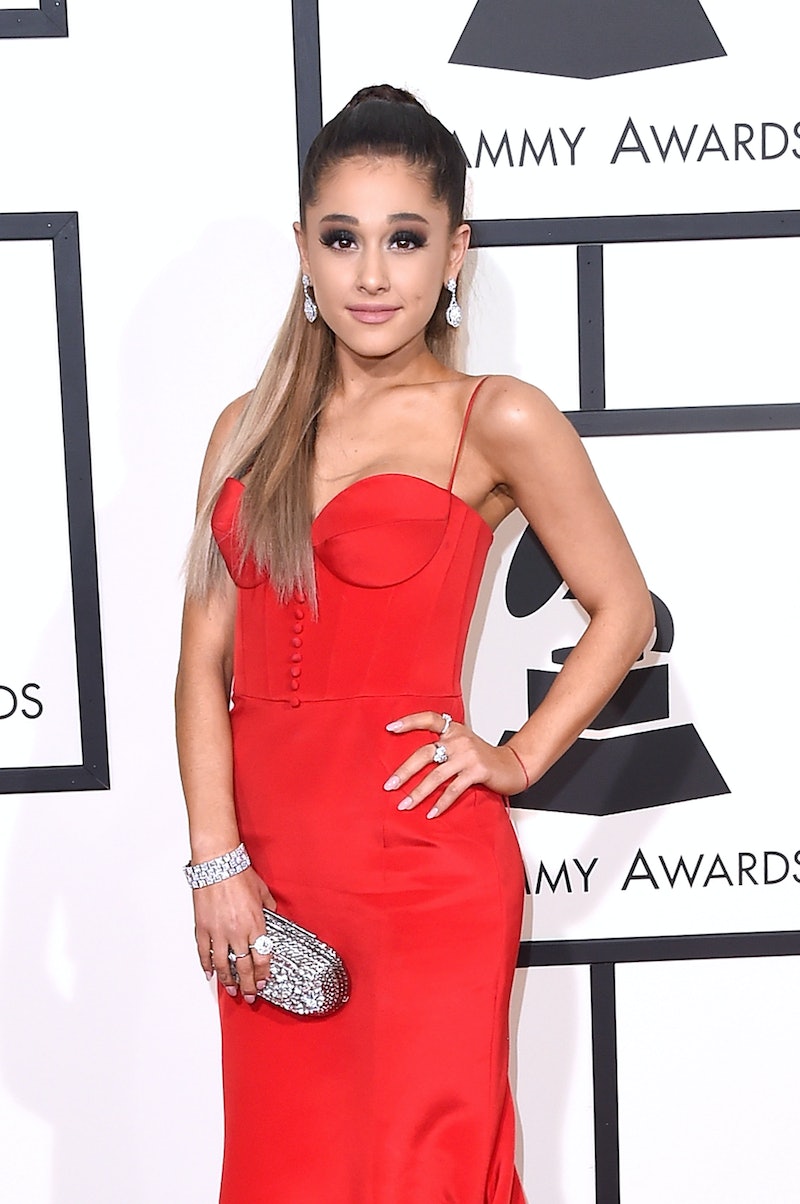 Since her very public relationship and breakup with Big Sean, Ariana Grande has seemed to change gears and keep more of her private life private. News of her boyfriend Rick Alvarez was difficult to come by, but now their names are in the spotlight and not for the best reason. According to E! News, Ariana Grande and Ricky Alvarez have split after a year of dating, but Grande seems to be taking it all in stride, while being pre-occupied with Pokémon hunting. (Seriously, she loves it.) Anyway, now that the news is out, fans are wondering: Why did Grande and Alvarez break up?

Four weeks ago, Alvarez posted the last photo of himself and Grande together, and they looked just as happy and normal as ever, so things must have changed fairly quickly for them in the last few weeks. More recently, Grande posted a few tweets, which seemed to hint that something was happening in her life, and she was not exactly moping about it. As for one of the tweets, according to Entertainment Tonight, on July 23 Grande allegedly tweeted and then deleted: "Change. feelin free. happy. Banginnnnnnn."

Well, it sounds like she is doing really well considering the news. A source told E! News, "She broke up with him. He didn't cheat or anything, they just found it difficult to make it work. They are still friends though." Based on that source, it sounds like Grande and Alvarez had an amicable split, and they are probably ready to move on to some big things in their lives and careers.

The pair were first linked when Alvarez was spotted with Grande during her infamous doughnut licking scandal. He was also her backup dancer on her Honeymoon Tour. An E! source later claimed that the two had been friends since at least the year before, so their relationship seems to have had strong roots before they even made things romantic.

This isn't the first time that Grande and Alvarez have faced break up rumors. In May of this year, Grande spoke to Closer Magazine, and seemed to hint that she was single. She said,

"I think men approach me less now I’m famous, but then I hardly ever go out any more... I’m not pretending I have great break-up advice. It’s hard... It’s nice to have someone that makes you happy, but it’s nice to be happy on your own as well."

The status of their relationship was difficult to tell at that point because Grande and Alvarez had been fairly low-profile about their romance, but they would still appear on each others' social media, calming fans down for the moment. One thing I have noticed is that although Grande and Alvarez both seem to currently be back in L.A., Grande is busy promoting her newest singles from her Dangerous Woman album, and she is probably gearing up for another massive tour to support it at some point this year. Girl has got a lot going on, and she seems really happy to be doing it all, boyfriend or not.

Per his Instagram, Alvarez also looks to be busy and enjoying his break back at home, doing cross-fit and playing beach volleyball. In fact, Grande has previously hinted at her positive outlook after a breakup, which is very inspiring. After her split from Big Sean in early 2015, Grande told V Magazine,

I'm good at making the best out of something...It also wasn't that hard for me, because we were friends. So it's chill.

Considering Grande and Alvarez are good friends, I think that if they did split these exes will be just fine and will continue following their dreams, together on stage or not.