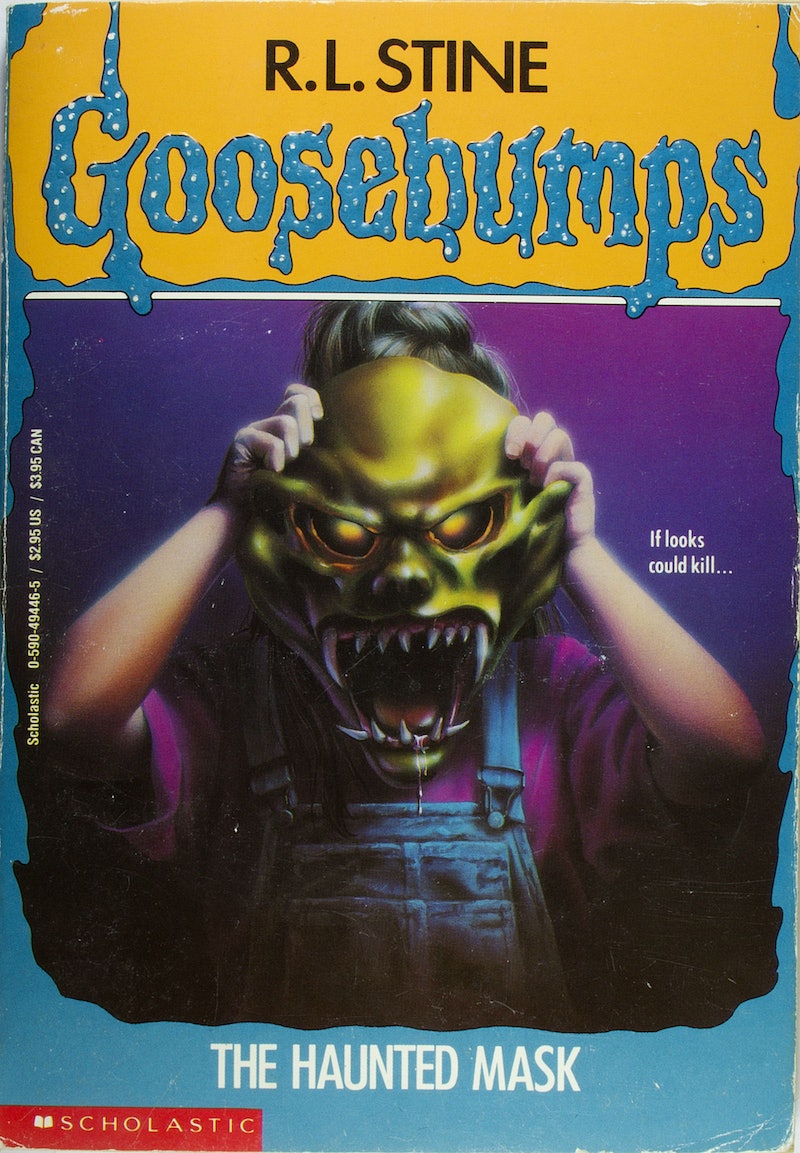 Given that I spend an inordinate amount of time researching creepy things as an adult, it is perhaps unsurprising that I spent an inordinate amount of time researching creepy things in the ‘90s, too. What can I say? I was a weird kid, and I grew into a weird grownup. But although sometimes the things I find creepy may not be considered equally creepy by someone else, there certainly are a number of characters, conventions, games, and other odds and ends from the decade in which I grew up that I’m pretty sure are universally creepy — or at least, they are to people who also grew up during the same decade. There’s something comforting in knowing that you’re not the only person who ran screaming from the television in terror whenever Pennywise flashed across the screen.

Of course, there’s a difference between scary things and creepy things; while there’s obviously some overlap, I would argue that something being creepy is a little more subtle. Indeed, research has found that creepy people are usually considered as such because there’s something just a little bit… off about their behavior, whether it’s leaning in slightly too close or sharing a little too much information. It’s the ambiguity that does it — the gray area kind of freaks us out. And speaking of Pennywise, that’s actually why I think so many of us find clowns so shudder-inducing — they’re supposed to be fun, but the garish makeup and the disguising of their faces makes them seem kind of threatening. The expectation and the reality don’t match up, and we hate it.

So here — have a list of 16 things I’m pretty sure every ‘90s kid remembers being super duper creepy. Because obviously you have nothing better to do with yourself on a warm, sunny day than send shivers down your own spine.

More accurately, Tim Curry because of the mini-series adaptation of Stephen King’s IT. Released in 1990, it ensured that Pennywise would occupy children’s nightmares for years to come. I imagine the current generation of children will feel much the same way about Bill Skarsgard.

We know what happens when you put that mask on. And it is definitely not good.

3. The Temple Guards From Legends Of The Hidden Temple

As much as I like to rag on the kids who had such a hard time putting together the Shrine of the Silver Monkey, maybe I should give them the benefit of the doubt; having to solve the puzzle with the knowledge that a grown man could leap out of the shadows and tackle you at any moment must be incredibly nerve-wracking.

4. Light As A Feather, Stiff As A Board

Do kids still play this game during sleepovers? Honestly I wouldn’t be surprised if it’s been replaced by “Charlie, Charlie” or something similar. But back in the day, nothing was more deliciously freaky than trying to get your friends to levitate — right after watching The Craft.

Whether you read Matilda (it was first published in 1988), saw it (the film hit cinemas in 1996), or both, the idea of the Chokey was always enormously creepy — if not downright terrifying. I mean, basically it was a socially acceptable iron maiden for schoolchildren. NO THANK YOU.

Especially if you weren’t actually old enough to watch The X-Files.

7. The Hall Of Tortured Souls

There is actually nothing torturous about this Excel 95 Easter Egg; it’s just a hidden set of credits for the folks who worked on the program. However, I will never understand why they decided to call it The Hall Of Tortured Souls. That’s just weird.

To be fair, ‘90s adults probably found Bob from Twin Peaks to be pretty creepy, too… but likely not in the same way kids did. Everything is creepier when you’re young.

20 years after Scream’s release — yes, 20 years; the movie came out in 1996 — Ghostface’s trademark phrase has become more of a punchline than anything else. But when it was brand new, it was one of the creepiest things anyone could say to you — either on the phone or in real life.

This one routinely gets filed under “Board Games You Forgot Existed,” but trust me — if you ever played Eat At Ralph’s as a kid, you’ve never forgotten it. The game was released in 1992, and the object was to stuff the titular Ralph full of cardboard representations of food while praying that he wouldn’t start vomiting it all up.

I cannot make this stuff up.

And it is weird AF.

OK, so yes, it’s likely that today’s kids still wonder whether or not their teachers live at school; that childhood experience isn't unique to the '90s. However, this one holds a special place in my heart from a generational standpoint, largely due to the 1985 children’s book My Teacher Sleeps In School. The book itself isn’t particularly weird, but the idea of where your teacher goes at the end of the day still is. It really, really is.

I mean, sure, she was just trying to get a message across and didn’t mean anyone any harm… but still. There are less terrifying ways to do it, even for a ghost.

Ever generation has its own Song With A Creepy Message When You Play It Backwards. For ‘90s kids, that song is “Nightmare/The Dream Time,” which was released in 1991. I think I’ll pass on telling you about my miserable little life, thank you very much.

There is a reason we’re told not to run with scissors as kids. Scissorman may not actually have anything to do with that, but the Clock Tower villain is still one of the creepiest bad guys I’ve ever encountered in a piece of fictional media.

Before it became the norm for us to plaster our real names all over the internet (says the woman who makes a living plastering her real name all over the internet…), we were taught never, ever to reveal who you were online for fear that you would be hunted down by a predator and never heard from again. There is, of course, still something to be said for online safety; however, we don’t approach the issue from the same urban legend-esque angle of freaky (and usually fictional) cautionary tales.

16. Being Someone Else Online

More like this
8 Creepy Things You Probably Did In The '90s
By Julie Sprankles
Remember These Ancient Pieces Of '90s Tech?
By Lucia Peters and Emma Carey
11 Trends From The ‘90s That Made You Feel So Cool
By Julie Sprankles
The 'Hocus Pocus' Sequel Finally Has A Release Date & It Makes Total Sense
By Shannon Barbour and Radhika Menon
Get Even More From Bustle — Sign Up For The Newsletter