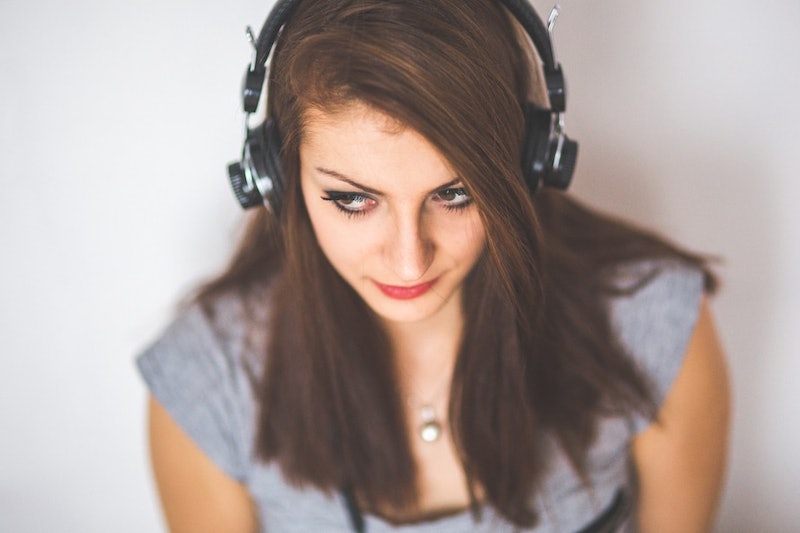 If you've ever gotten bad vibes from someone, then you know what it is to recognize that a person is kind of evil. It can happen seemingly anywhere, from a sunny coffeeshop to a shady street corner. There you are, living life, and suddenly it's like your blood runs cold.

This is your gut telling you that someone is no good. (Yay, intuition!) Maybe you were chatting with a stranger who clearly didn't have your best intentions at heart. Or maybe you were hanging out with a friend who was trying their damnedest to manipulate you for person gain. Whatever the circumstances were, it's great that you were able to recognize the "evil" before anything bad happened.

Of course, you can't assume every mildly creepy person has a cold, dark heart. Some people have been through the ringer in life, and are simply trying their best to interact. As long as no one is getting hurt or upset, then the only thing you can do is tip your hat and walk away. But what about truly bad people? Like, the ones who are "out to get you"? Below are some signs to watch out for so you can steer clear, and keep yourself safe.

1. They Take Pleasure In Other People's Misfortune

You trip and they laugh hysterically. There's bad news on TV, and they get out the popcorn. This, um... happy reaction to other people's misfortune is known as schadenfreude. It's defined as "exquisite joy and smug satisfaction from contemplating and reveling in the misfortune of others," according to Adrian Furnham, Ph.D. on Psychology Today. Pretty creepy, to say the least.

Bad people — AKA those who don't have your best interests at heart — can give off some mighty weird vibes. It can be so strong, in fact, that your intuition kicks in and tells you to GTFO. "If something feels off or if a 'friend' makes you feel uncomfortable, trust your gut... Intuition is a powerful force that should never be ignored," said Michele Corvi on HuffingtonPost.com. I couldn't agree more.

3. They Are Mean To Animals

Anyone who is mean to animals sucks. There's no doubt about that. But did you know that it's almost always a predictor of deeper issues? "Since the 1970s, research has consistently reported childhood cruelty to animals as the first warning sign of later delinquency, violence, and criminal behavior," noted Joni E. Johnston, Psy.D., on Psychology Today. Whether the cruelty happened 30 years ago, or five minutes ago, take it as a clear sign that this person is bad news.

4. They Use Humor To Insult You

There's nothing funny about being a complete jerk, and yet jerks tend to use humor to knock others down. Think of the classic movie bully who gets the whole school laughing by making someone the brunt of a joke. Not cool.

5. They Lie All The Time

We all tell little white lies — about why we're late to work, or why we're "too busy" to hang out. It's usually no big deal. But evil types take their lying to the next level, and even engage in some expert lying tactics. They might, for example, be super truthful as a way of building people's trust. Then they'll unleash some lies when trying to get their way, according to Jeff Wise on Psychology Today. How incredibly manipulative.

Speaking of which, manipulation is another good sign that someone ain't great. And again, these people are very good at what they do. "Manipulators often voice assumptions about your intentions or beliefs and then react to them as if they were true in order to justify their feelings or actions, all the while denying what you say in the conversation," said Darlene Lancer, JD, MFT, on PsychCentral.com. See what I mean? Someone who stoops to those levels is obviously not worth being around.

7. They Belittle Your Fears

Keep an eye out for people who turn your worries into a joke. "If you need a little comfort because you're worried about getting a job or think your best friend is mad at you, [they] shouldn't be mocking your concerns," said Elise Williams on EliteDaily.com. And yet — you guessed it — crappy people probably will.

8. They Don't Feel Guilt Or Remorse

Let's say you were having a bad day and took it out on your partner. Maybe you were kind of cranky, or didn't feel like hearing about their problems. This happens, and is usually followed up by some pretty intense guilt, right? Well, with cold-hearted people, the remorse never comes. "Their brains simply lack the circuitry to process such emotions," wrote Mike Adams on NaturalNews.com. "This allows them to betray people, threaten people, or harm people without giving it a second thought." Yikes.

9. They Have A Total Lack Of Empathy

The type of person who hurts animals, or lies for personal gain, is the same type of person who lacks empathy. This is the ability to feel or share in another person’s emotions, according to Susan York Morris on Healthline.com. It ties in with that aforementioned lack of remorse, and can be quite scary.

10. They Are Racist And/Or Sexist

Let me go ahead and address this, while we're on the topic of bad people. Of course racism and sexism are their own separate issues, and they don't need defining. But let's go ahead and agree that people who "indulge" in either one are clearly closed off to the fact that everyone is equal. And that's not OK.

11. They Don't Have Many Friends

This may not come as a huge surprise, but people with all of the above traits won't have many friends. And yet it's not for the reason you might think. Usually, evil people only want friends when it benefits them, according to Marcina Cooper-White on HuffingtonPost.com. So they'll likely push others away, or not make an effort to form friendships, unless it's for person gain. Gross!

If you've reached the end of this list and feel a bit in shock, remember this: there are many reasons people might come across as "evil." They may have suffered some trauma, or they may be struggling with an illness. Not everyone is bad for the sake of being bad, and that's an impotent distinction to make.

More like this
26 Ghost Story Podcasts To Get You Ready For Halloween
By Jessica Booth, Mia Mercado, JR Thorpe and Emma Carey
15 Easy Pranks To Play This Halloween
By Emily Kelley and Lauren Grant
Think Your Partner Is Cheating? These Tarot Cards May Confirm Your Suspicions
By Kristine Fellizar
The Spiritual Meaning Of Angel Number 000, Explained
By Kristine Fellizar
Get Even More From Bustle — Sign Up For The Newsletter