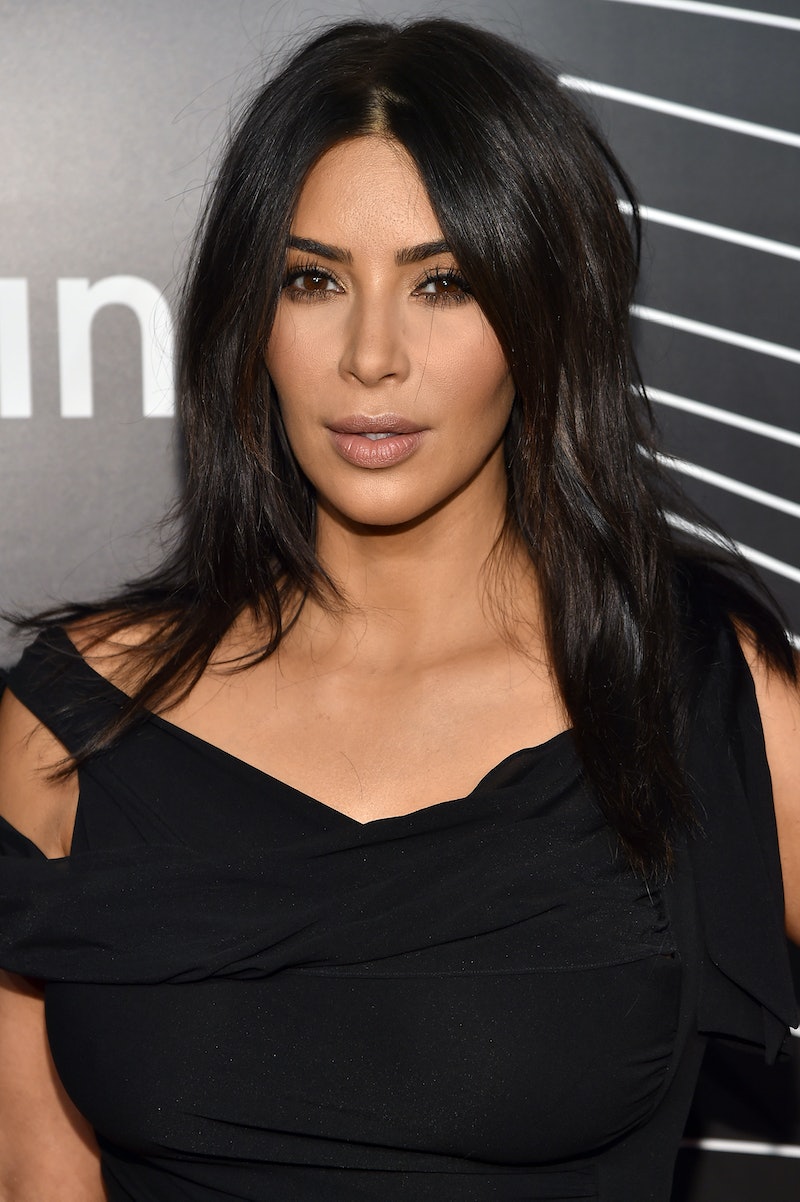 By now, most fans can recite the Kardashian-Jenner family tree by heart. All of the babies, divorces, and marriages are old news. But did you know that there are practically more pets in the family than there are Kardashians? On her app, Kim Kardashian took a trip down a pet-themed memory lane. She recounted all (or at least most) of the animals who have lived with the family over the years. And nope, not just cats and dogs — there's even a peacock. Despite her blog post on the subject, don't get confused; Kardashian is not an animal aficionado. She wrote,

The funniest thing is, I'm not the biggest animal person; sure, I love cute fluffy kittens but I don't die to constantly have a pet. North, of course, is just getting to the age where she's starting to ask for a puppy, but I'm trying to keep her happy with her fish tank for now.

You'll have to be an app subscriber to see the full list, but I've rounded up the most worthwhile trivia about the Kardashian-Jenner pets. Because even if you're already familiar with all of Kylie Jenner's dogs, your life won't be complete without knowing the names of Nori's five pet fish. Yes, five.

1. Khloé Once Owned A Peacock

For the record, his name was Peter Pan. Kardashian explained, "I didn't even know you could have a peacock for a pet, LOL! He still lives at her old house with its new owners." LOL indeed.

2. Those Dogs Have Designer Names

There was Dolce, Gabbana, Louis, and Vuitton. Stylish pups, huh?

3. Two Cats Had To Be Returned

Do you remember when Kanye West bought Kardashian a cat when they first started dating? Most people opt for flowers, not a living creature. But West doesn't follow the crowd. Kardashian writes that unfortunately she was allergic to Mercy and gave her to Khloé's trainer. Sadly, Mercy died in 2012 from a cancer-like virus, according to HuffPost.

Also, Kourtney Kardashian had a cat named Charli, who they also called Christmas Kitty (??), but they gave him up for adoption after Reign was born.

4. Kim Is A Dog-Naming Genius

She has a boxer named Rocky, because, as she puts it, "I named my boxer Rocky after the famous boxing character!" Brilliant, huh? Very meta.

So what has she named her pet fish? Sky, Zuma, Chase, Little Mermaid, and Shopkins. It's no secret that North West loves mermaids. It was the theme of her birthday party, so the Little Mermaid name makes sense. Also she must be a fan of the Shopkins toys, like most kids her age.

BTW, North doesn't have a favorite fish. She's "OBSESSED" with them all, according to her mom.

There definitely have been a few pets that popped up and disappeared on KUWTK. Luckily, Kardashian's comprehensive list covers most of the bases. Take Bernard, Khloé and Lamar Odom's dog. Kardashian explains,

Khloé loved having a boxer, but when she briefly moved into Rob's apartment there was a strict no-pet policy, so Khloé's friend and fellow boxer-lover graciously took Bernard in.

Meanwhile, Dolce the chihuahua was "tragically killed by a coyote in the neighborhood." And can't forget about Bella, a Maltese who went to live with their Pastor Brad.

I feel so much more informed. And if Nori ever needs a fish-sitter, just let me know. I think that's a job I can totally handle.