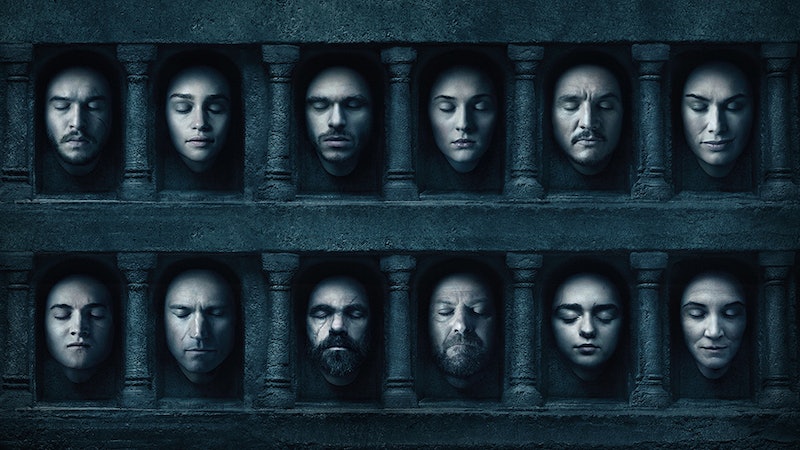 Fantasy writing has always more or less followed a set pattern: there’s a wronged hero, a wise old mentor, and an all powerful, seemingly undefeatable villain. The rules of fantasy writing dictate that the hero will win in the end and come home to an admiring populace, all faults forgotten, in the wake of defeating the biggest villain to plague their world. But what happens when a major author — say George R. R. Martin, for instance — breaks those rules?

As George R. R. Martin continues to trample over our preconceived notions of fantasy, we continue to devour book after book and season after season of the heart-thumping saga.

Ever wondered what sets A Song of Ice and Fire apart from the herd of wizard, vampire and historical fiction that populate the fantasy series? It is the fact that GRRM has never adhered to the unwritten “rules” of fantasy writing, or indeed, all fiction. His isn’t a world where good wins in the end and evil gets what’s coming to it. It is a world where the lines between good and evil aren’t just blurred, they’ve mated. It is a world where the powerful rule, and the weak suffer. A world where the wheel of power is being overturned everyday, only to be broken, when it finally comes to rest. The rules of Westeros can be baffling... because Westeros knows no rules.

In books like LoTR and The Chronicles of Narnia, it's not unusual for characters like Gandalf or Aslan to come back from the death. But in general, readers can safely assume that when someone in a book dies, they stay dead.

Not so in A Song of Ice and Fire.

A knight coming back from the dead as many times as he is killed (Lord Beric Dondarrion), or a badly mutilated dead man being resurrected as someone 10 times stronger than most mortals (Gregor Clegane)? That’s vintage ASOIAF at its reincarnative best!

2. Rule Broken: Protagonists are usually characters you can empathize with.

Harry Potter is a an annoying whiner, Eragon can’t get his shit together, and Frodo is just, well, Frodo. But annoying, inept and clueless as most protagonists may be, at least you know they have their hearts in the right place. They are universally liked — and universally rooted for.

But in A Song of Ice and Fire, a king isn't a king till he done some cruel shit. And the same goes for the girls! Be it Sansa, Daenerys, Tyrion or the Mad King, there is no character who is all good. Every character is out for his or her own ends.

Well, except maybe Jon Snow. But then, he doesn’t know anything.

3. Rule Broken: Good triumphs over evil in the end.

In Westeros, power rules, and it always has. Good or bad, the weak die and the strong rule. In a world where kings are stuffed into pies and weddings turn into bloodbaths, there is no good and no evil. To paraphrase Voldemort, there is only power... and those foolish enough to seize it.

4. Rule Broken: The book leads the show or movie.

George R. R. Martin is a notoriously slow writer. Thus, fans of the books are still waiting for the sixth novel in the series, The Winds of Winter . But, if you're a fan of the show, you know that season six already aired. Apparently, GRRM has met with showrunners to discuss the "broad strokes" of the future of the books, but some people speculate that the show will actually spoil the ending of the books. Crazy.

5. Rule Broken: There's always a good side, and a bad side.

You won’t find any sides in ASOIAF. What you will find, instead, is alliances being made and broken faster than you can say "Hodor." We don’t know who the protagonists are. We don’t know who to root for. And we don't who will even make it out alive to appear in the next season or next book.

6. Rule Broken: Every era has a hero/There's ONE main protagonist.

Martin clearly doesn’t believe in the concept of just one protagonist. The series is littered with POV characters. So much so, that sometimes characters are given main arcs — only to disappear afterwards, never to be heard from again. (Shoutout to Gendry, who is still out there somewhere battling crocs, red priestesses, and who knows what else in his quest to reach King's Landing.)

An unfortunate occupational hazard of being a character in A Song of Ice and Fire is that you tend to get abandoned when the author no longer has use for you or finds you interesting. Gendry leads this mop of once-promising, intriguing characters with story arcs that were headed somewhere but have now been forgotten and been relegated to cold storage, like the remnants of a bad pizza.

8. Rule Broken: Every hero has sidekicks or mentors.

Protagonists in ASOIAF are often left to battle the world by themselves, with no guidance, help or friendship coming from other quarters. Case in point— Arya, Sansa and Tyrion, whose trusted mentors turned out to be their worst enemies. In Westeros, the only person you can trust is yourself.

Sure, wars happen, and characters die. Sometimes beloved characters. It is a recurring theme in fantasy and war-fiction. However, never before have people dropped like flies. GRRM kills people off as often as most people bathe, and more often than some.

10. Rule Broken: Everything has a purpose.

How many times have we skimmed over a seemingly meaningless detail, only to have it tie into the larger story in a big way? As any reader knows, everything is connected and there are no coincidences in fiction.

Not so with Martin. I have lost track of the times GoT seemed to drop leading clues, storylines and sometimes red herrings that turned out to be just one of those many threads GRRM relinquished control of. You eagerly follow a storyline, only to have it fade away into nothingness. But then, that’s a price ASoIaF fans have to pay! Hopefully, everything will all come together in the end — only GRRM knows for sure, though everyone has a theory.

George R. R. Martin is possibly the only writer who kills characters off just as their stories are beginning to get interesting. Be it Ned Stark, Joffrey Baratheon, or Robb Stark, no one is safe from the wrath of GRRM.

12. Rule Broken: There is no status quo.

In Westeros, you could be a queen, lording it over your subjects one day, and a tavern wench in constant danger the next!

Daenerys began as little more than a slave to her brother. Within a year, she was the Khaleesi, at the helm of a large army, with three fearsome dragons at her beck and call. Ned Stark went from being trusted Hand of the King to a perceived traitor. Sansa went from queen-to-be to prisoner. And Cersei, Sansa's tormentor, went from Queen of the Seven Kingdoms to a scorned sinner.

In Westeros, it doesn't matter where you begin — it's where you end up that counts.

More like this
The Trailer For The 'Game Of Thrones' Prequel 'House Of The Dragon' Is Dark AF
By Grace Wehniainen
'Bridgerton' Star Nicola Coughlan Confirms Season 3 Will Focus On Colin & Penelope
By Grace Wehniainen and Alyssa Lapid
16 Novels That Paint A Realistic Portrait Of Abortion
By K.W. Colyard
'Games of Thrones' Fans May Recognise This 'Conversations With Friends' Location
By El Hunt
Get Even More From Bustle — Sign Up For The Newsletter