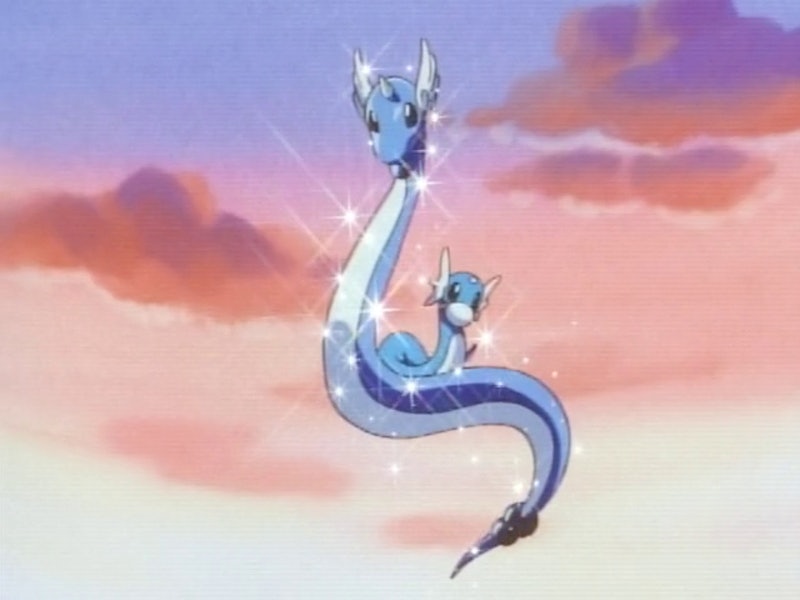 Like our childhood hero Ash Ketchum, we all want to complete the Pokemon journey and catch 'em all. With the release of "Pokemon Go," that journey has involved a lot of walking, luck, and occasional running stampedes. If you have not caught them all and are wondering how to catch a Dratini, your search might be over today. Armed with the following knowledge you might just be a Pokemon Master in no time at all.

Dratini is a dragon-type Pokemon that is considered rare in the "Pokemon Go" universe. It's cute as hell and maybe giving Pikachu a run for its money at this point. Obviously a lot of "Pokemon Go" players are interested in finding a Dratini — especially after knowing that it can evolve into a Dragonite, its third evolution after Dragonair. Out of sheer curiosity and a thirst for glory, I checked out the local gyms and Dragonites seem to be a popular choice of powerful Pokemon to take them over. So if you are looking to add Dratini to your roster your best bet would be to drive closer to a water source.

"Pokemon Go" has distributed Pokemon creatures according to their abilities and types. It's a very wise decision, and one that has some people frustrated. Depending on the type of Pokemon you are looking for, they will be found is a specific area. Grass types are more likely to hang out around parks, water types near rivers, and electric types near railroads. Dratinis are found near water, so you should get in your car and drive to the nearest river, lake, or ocean (bodies of water in parks count!). A lot of my friends have had luck catching them near the Santa Monica pier. The following video is of someone catching a Dratini near a water source.

Your best bet would be to try and catch as many as you can, accumulating a ton of Dratini candy before you evolve any of them (it takes 25 candies to evolve into Dragonair, and 100 to evolve into Dragonite). Then you can trade in the lower level Dratinis and evolve the highest level one to really pack a punch in its final form. Obviously if your goal is to catch 'em all, you might not care about those things. Personally, I just want this cutie on my side.

To narrow down your search area you can employ the help of a Pokemon Radar. Apps like that show you where exactly a Pokemon will appear, along with the time it will remain in that spot. If you are lucky enough to own a car, you can just zip your way to the location. If you do not have a car, enjoy a nice long walk along the beach!

Lastly, you might be able to get a Dratini without hunting for Pokemon all together. Incubating a 10K egg will get you the rarest Pokemon without so much as leaving your house, and Dratini is among them. It requires you to walk, and if you don't get it the first time it will take a lot of patience, but at least you don't have to worry about wasting precious PokeBalls!