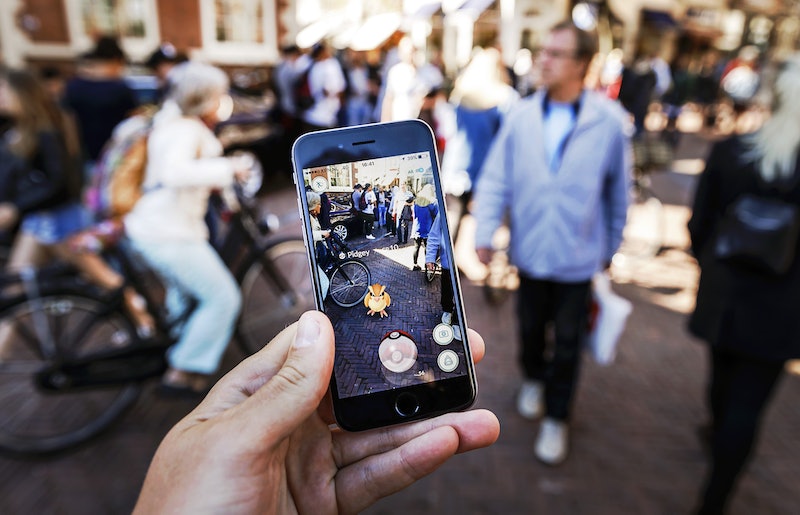 Given the fact that the point of the entire Pokemon franchise is literally to catch ‘em all, it’s completely unsurprising that so many “Pokemon Go” devotees are currently furiously searching the internet for hacks for catching more Pokemon in “Pokemon Go.” It simply follows, logically speaking, the same way that hoards of screaming people following the Beatles and me following anyone waving around a piece of pizza in front of my face does. Besides, if you’re going to become the very best, you’ve got to build up your Pokedex — and the only way to do that is to capture as many Pokemon as you can. I mean, yeah, once you catch your Pokemon, you have to train them, too… but let’s be honest: When it comes to “Pokemon Go,” it’s the catching them thing that’s the fun bit. Training is boring.

One of the interesting things I’ve noticed about “Pokemon Go” is that there are surprisingly few hidden features or Easter eggs within it — or if there are, they’re so well hidden that pretty much none of us have located them yet (which, honestly, I think is unlikely). There are comparatively few shortcuts, and even fewer ways to cheat outright. But I suspect that the lack of proverbial bells and whistles might also be one of the reasons the game so popular: Its simplicity makes it accessible, and there’s enough enjoyment to be had in running around and encountering fictional creatures in the real world that it doesn’t really need a ton of layers added to it.

Maybe it’s just me, but truthfully, one of the primary reasons I have not historically been a Pokemon fan is because I found the games so intimidating — there was just so much to each of them that I felt overwhelmed right from the beginning. I don’t feel that way about “Pokemon Go,” though; it’s simple, but it’s also just fun. And sometimes, that’s simply what you need.

That said, though, it can also sometimes be annoying when all you really want to do is catch Pokemon, but can’t find any nearby. So here — I’ve dug up a handful of tricks and tips geared towards helping you locate more Pokemon for your Pokedex. Get those Pokeballs ready, because we’re going to be busy for a while.

There’s a Pokestop filter on Yelp now, which means that you can not only find the best pizza in the area, but also identify which pizza places have Pokestops nearby. While it’s true that this filter is only for stops, not for actual Pokemon, bear in mind that users frequently drop lure modules at Pokestops — something which benefits literally anyone who might happen to be at that Pokestop the moment the lure is dropped. Eat your pizza while you wait for the Pokemon to flock towards your baited Pokestop. It’ll be worth it.

2. Brush Up On Your Tracking Skills

“Pokemon Go’s” tracking system may be kind of imprecise, but it’s still be useful for knowing what’s around you — and, indeed, whether there’s anything around you at all. From the map screen, tap the little gray box showing tiny Pokemon icons in the lower right hand corner. Doing so will bring up a pop-up window showing up to nine Pokemon that are nearby, with the number of foot prints visible next Pokemon icon letting you know how close they are: One foot print means it’s super close, while two or three means it’s further away.

Unfortunately the tracking system doesn’t tell you which direction to go in order to find a specific Pokemon, but you’ll be able to see the display change as you walk around, adding and subtracting footsteps and swapping out some Pokemon for others — so basically, you’re playing a variation on Hot and Cold or Marco Polo. Just, y’know, with Pokemon instead of people. And if there are no icons in the tracking box? That means there are no Pokemon nearby at all, so you know not to waste your time hunting there.

3. Go Where The Crowds Are

You’re probably already familiar with this one, but it bears repeating: Pokemon are designed to spawn in areas with high cell traffic, so if you want to find more Pokemon, go to where the people are. Admittedly this is kind of a downer for people who live in rural areas; highly-populated cities are more likely to see lots of Pokemon.

If you are in a rural location, though, you can either get a group together to hunt with you (thus providing at least a little more cell traffic wherever you happen to be hunting) — or try this next trick:

“Ingress” is an older augmented reality game by Niantic, the same company that developed “Pokemon Go” — and it appears that at least some of the location data used for “Ingress” is also at play in “Pokemon Go.” This means that you can use “Ingress” to identify locations where there are likely to be more Pokemon. Redditor SkyriderRJM posted a detailed account of their method on the “Pokemon Go” subreddit shortly after Pokemon launched; head on over there to check it out. SkyriderRJM noted that they do not live in an urban area, but were able to catch a Squirtle with relative ease using the “Ingress” method. Score.

Many fans of “Pokemon Go” have been creating maps and apps that detail the locations of everything from gyms to actual Pokemon. Referring to these might help you plan out where to go for more successful Pokemon hunting, although be warned that the data for them is generally submitted by users; as such, it may not always be accurate (and, in fact, might be intended to trick people). Tread carefully.

6. Don’t Hoard Your Lures Or Incense

You have these items for a reason; use them. They’ll make all the Pokemon come to your yard, so to speak. You can get strategic about it, too — if you want to find specific types of Pokemon, you can try using them in particular areas or at different times of day. Also pay attention to whether or not other people have dropped lures at nearby Pokestops; if they have, you can go get in on the action, too. As previously mentioned, lures benefit anyone who happens to be around at the time, not just the players who drop them.

If you’re feeling really ambitious, you can incubate multiple eggs at a time, resulting in more Pokemon hatching in a quicker amount of time. Just know that any egg incubator that isn’t the one you were given at the start of the game is only good for three uses — so you’ll have to keep stocking upon them, either by finding them at Pokestops or buying them. The incubator you’re giving when you first start playing, though, is good forever.

As CNET notes, “there’s a theory that the more people that are located in a Pokestop area, the more likely a rare Pokemon will be to show up.” I don’t know whether this theory has been definitively proven, but it’s worth a shot, right? Besides, Pokeparties are fun — the more, the merrier.