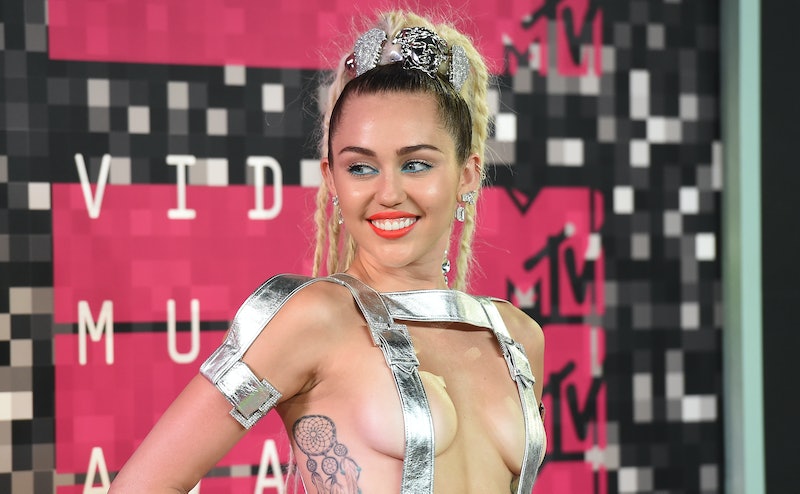 There are few award shows that I love quite as much at MTV's Video Music Awards. There are certain things you can expect to get from the VMAs that you might not get anywhere else. I'm talking about major celebrity clap backs (Miley, what's good?!), insane performances that once involved a life snake and green bikini, and, of course, the infamous Kanye West/Taylor Swift collision that started a narrative that Swift wants to be excluded from. All of this doesn't even mention the many video music awards that the show gives away, hence the purpose of the MTV show. With so much to unpack in this award show, you may wonder just how long are the MTV VMAs this year? They have to be long enough to get in all of the music, drama, and more.

According to the official MTV VMAs website, the award show will begin at 9 p.m. ET on Aug. 28 and air live from Madison Square Garden in New York City. According to the schedule made available by MTV, the show will air a pre-show that begins at 5 p.m. that same day. As far as we can tell from the calendar, the pre-show, which may feature red carpet interviews and arrivals, will lead directly up to the official show. However, you may notice one interesting discrepancy on the site: According to MTV's calendar, the VMas will begin at 8:30 p.m., even though the official announcement from the network has the VMAs starting live at 9 p.m. That could mean the pre-show will be extended until the show is ready to start.

As for the actual length of the award show, you better be down to park it on the couch. According to the calendar, the MTV VMAs will last two and a half hours. It may seem like a long award show, but given the history of insanity at the VMAs, you know that it'll totally be worth feeling like a couch potato. After all, you don't want to miss any of the potential pop culture moments happening here — and you know there could be plenty.