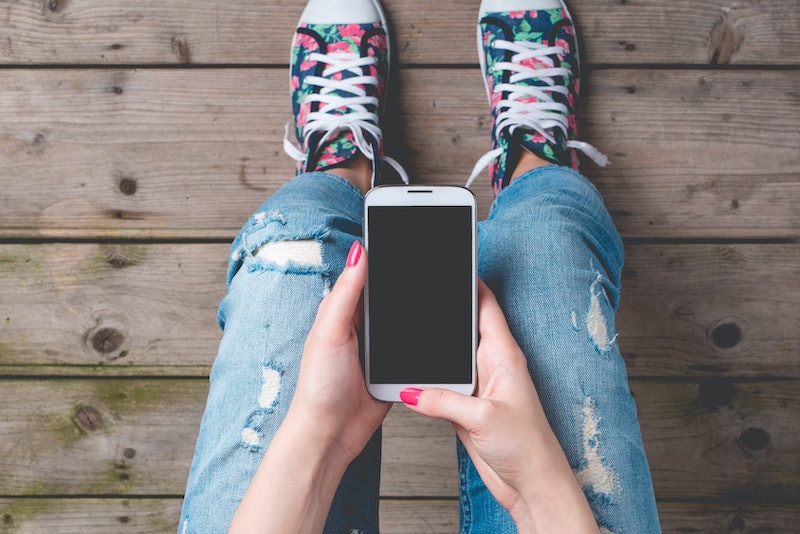 If you’ve been watching the 2016 Rio Olympic Games, you’ve probably noticed a theme: Olympians are hot AF. Not just physically, but in the way they have devoted their lives to their passion. There’s nothing sexier than someone who knows what they want and goes for it 100 percent. And Tinder is right there in Rio, up close, getting in on the action, because we all know there's a lot more going on in the Olympic Village.

According to Tinder’s findings, the daily activity on the dating app is skyrocketing in the Olympic Village and its surrounding areas. Even Ryan Lochte is on Tinder. (Note to self: Get to Rio stat, stand outside Olympic Village, and re-activate Tinder account.) Since the Opening Ceremony on August 5, Tinder has been hard at work analyzing data of their users in and around the Olympic Village. With so many athletes listing their profession as, well, whatever sport is their career, Tinder was able to deduce what types of athletes are getting the highest amount of right-swipes for both the male and female Olympians.

And, much to my surprise and probably the surprise of other OMG I LOVE YOU RYAN LOCHTE fans, swimming is actually not getting the majority of right swipes. I know! I’m just as confused as you are! But here are the men’s sports that are getting the most attention and right swipes in Rio during these 2016 games.

Coming in at number 6 on the list of the most right-swiped sports is boxing. Personally, I have not been following boxing and have zero idea as to what makes these guys so special. Muscles maybe? I hear muscles are sexy.

Because I live under a rock, I’m not even quite sure what judo is. Like, is it similar to karate? Maybe like taekwondo? (Which, thanks to Google, I just found out is in The Olympics this summer as well.) Either way, men who have listed their profession as judo are getting their fair share of attention down in Rio.

What I do know about sport shooting, as some random bit of information that I picked up recently, is that Italy is killing it down in Rio with four gold medals in the games so far. These guys are also coming in fourth place out of the top six sports that are getting the most right swipes down in Rio.

If you’ve seen American gymnast Alexander Naddour hard at work on the pommel horse, then it only makes sense that male gymnasts would be getting a lot of right swipes. Although Naddour is probably not on Tinder, as he did tie the knot last year with fellow gymnast Hollie Vise, I would say he’s a great representation of just how hot male gymnasts can be.

Coming in at second place of the most right-swiped sports is weightlifting. A sport that, let’s be honest, puts the muscles of the other athletes in this list to shame. I’m thinking those who are swiping right on these fellas are also the same people who dream about John Cena on a nightly basis.

The athletes getting the most right swipes in and around the Olympic Village in Rio this summer? The tennis players. Perhaps, my most favorite, Roger Federer, isn’t there, but I’ve been really impressed with the tennis competitions and the eye candy of it all. But what really caught my eye was when Andy Murray defended Serena and Venus Williams epic careers and large collection of wins when he put a sexist interviewer in his place. Swoon. So, yes, tennis deserves all the right swipes down in Rio. Although you won’t find Murray on Tinder; he married his partner, Kim Sears, just last year after they first met at the 2005 French Open. Awww.