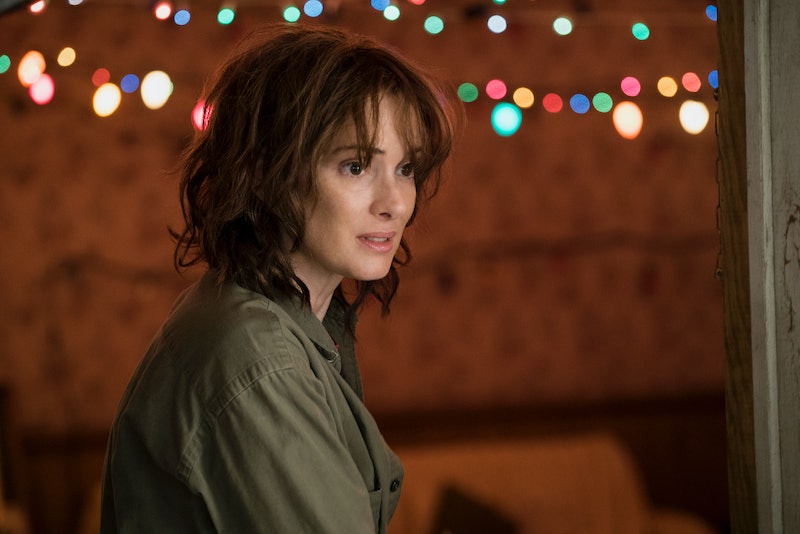 Whether you've already marathoned it for yourself (maybe even several times) and brushed up on all the elaborate fan theories, or you've just heard your friends talking about it non-freaking-stop, chances are the Netflix original series Stranger Things has crossed your pop culture radar screen sometime over the course of the past month. The '80s-themed sci-fi coming-of-age thriller has been one of the touchstones of the summer season — right up there with the Olympics and the election cycle — thanks to the way it capitalizes on viewers' nostalgia, sparks their imaginations… and chills them to the bone. So why hasn't Netflix renewed Stranger Things for Season 2 yet?

Granted, Netflix doesn't release any ratings or viewership information whatsoever, so there's no way to tell how the show is actually doing. But when it seems like all anyone on your Facebook feed is talking about, it's hard to imagine that Stranger Things isn't doing at least as well as other recent Netflix releases like Marvel's Jessica Jones or Orange Is The New Black Season 4. (And it certainly must be doing better than less buzzy titles like Narcos or Marco Polo, right?) Yet, it's been just over a month since the eight-episode first season dropped on Netflix on July 15, and there's still no official word on whether the streaming service plans to bring the series back for more.

Netflix's Chief Content Officer Ted Sarandos actually addressed this delay at the Television Critics Association press tour in late July, as reported by E! Online. At that time, Stranger Things had only been out for two weeks, and people were already jonesing for news about the fate of the show. "We always want to take some time to be thoughtful about the process," Sarandos told the reporters gathered at TCA. "When we first come out of the gate with something, we usually have a pretty good idea of where it's going to go, but it's sensible for us to take a little bit of time and let the show breathe. And with so many really falling in love with Season 1, and people who haven't really seen episodes of Season 1 just yet, let's focus on Season 1 right now."

But Stranger Things fans have no real reason to be worried. Netflix has yet to create a single original program that they didn't renew for a second season — even those aforementioned less-buzzy shows like Narcos and Marco Polo. In fact, out of the 19 scripted series the streaming service has debuted over the past three years, only one has already ended its run: horror-thriller Hemlock Grove, which wrapped up its story last fall after three seasons. Given the intense chatter surrounding Stranger Things — which only gets more intense as more and more people convince more and more of their friends to watch — it's exceedingly unlikely that it will become the first one-and-done show in the history of Netflix.

In fact, as excruciating as this delay may feel for Stranger Things fans, it's actually completely normal for Netflix. Even Marvel's Jessica Jones and Master Of None, two of the platform's most critically-acclaimed new series (both took home Peabody Awards this spring), had to wait several months for their renewals: both premiered in November of 2015, and the former was officially picked up for a second season in January, while the latter received its renewal in February. Very occasionally, those renewals can come fast and furious; just ask Orange Is The New Black , which was renewed for Seasons 5, 6, and 7 four full months before Season 4 had even dropped.

Maybe once Stranger Things has been around as long as Netflix's successful prison dramedy, it will be renewed just as quickly and for just as many seasons. Until then, the plucky new sci-fi series will have to patiently wait its turn just like every other Netflix show out there. But rest assured, it's time will come. When asked by The Guardian earlier this month if they would be renewing Stranger Things for Season 2, Netflix CEO Reed Hastings responded simply: "We would be dumb not to."

I think that's one thing we can all agree on.