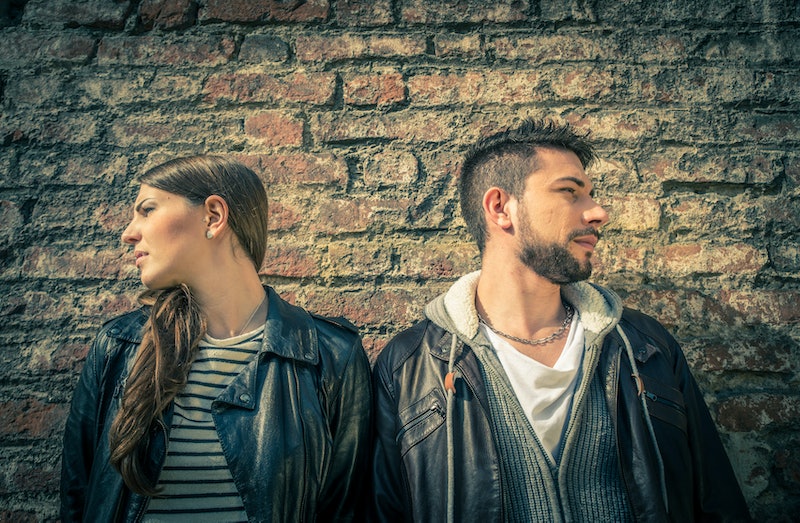 According to research, spring is the season for love. We crawl out from under our down comforters, notice that the world is full of life again, and all those new and refreshing smells, the ones we had almost forgotten about, trigger the release of dopamine, and suddenly we’re in love. But because the light can’t exist without the dark, then there must be a season for divorce, too, right? Of course there is, says science.

While many are falling over themselves in love during the spring, a new study has found that divorce filings spike seasonally, too. The study by associate sociology professor Julie Brines and doctoral candidate Brian Serafini, both of the University of Washington, examined filings for divorce in Washington State from 2001 to 2015. What they found is that there is, indeed, a season for divorce, or rather two months out of the year where people are most likely to file for it: March and August.

“People tend to face the holidays with rising expectations, despite what disappointments they might have had in years past,” Brines said in a press release. “They represent periods in the year when there’s the anticipation or the opportunity for a new beginning, a new start, something different, a transition into a new period of life. It’s like an optimism cycle, in a sense."

Here’s the breakdown about these two months in particular:

1. Holidays Are A "Sacred" Time

According to the research, “domestic ritual” comes into play. Very few people are likely to run out and file for divorce right before the holidays, especially if they have kids, and throw a wrench in Thanksgiving, Christmas, or Hanukkah. These are seen as “sacred times,” according to Brines. So no matter how bad the past year has been, they’re willing to hang on to see if the holidays will inject some sort of positivity into the situation.

With the New Year just around the corner after those holidays, people have high expectations for change, so they hold out. I mean, there’s a reason why so many people look at Jan. 1 as a good time to a make resolution or a new start.

3. Money Needs To Be Saved

Divorce isn’t cheap. So for those who realize that the holidays and the New Year didn’t offer the change for which they had hoped and want a divorce, they might need to get their finances in order first. The holidays take a massive toll on everyone’s wallet, but by the time March rolls around, people start to have their finances back on track, putting them in the financial position to start divorce proceedings.

Just as the winter and those short days strip us of motivation, spring has the opposite effect. While it may be a time for falling in love for some, for those who are in a marriage that seems like a dead end, the elevated mood that comes with the new season, causes people to take action and do what they feel needs to be done to make their life happier. Whether you’re able to have a happy divorce (good luck with that) or a messy divorce, the end result is closing a chapter in ones life and moving on to the next.

1. It’s The End Of Summer Holidays

Again, the sociologists turned to “domestic ritual,” as a reason August sees a spike in divorce filings. Similar to the end-of-year holidays, summer holidays also have their own level of sacredness. Since that’s the case, many people wait until the holidays are over before making their move. There’s also the hope here that maybe the summer holidays will help mend the marriage, but when it doesn’t pan out that way, people decide it’s time to file for divorce.

2. September Is Also A Month Of New Beginnings

While September may not be thought of a new start with the same vigor as New Years, it is a new beginning in some ways: The kids go back to school, the sweltering summer is behind us, and pumpkin spice latte season is just around the corner, so the need to change with the season could play a role, too. According to Brines, the start of the new school year can “hasten the timing,” for those married couples with children who want to divorce.

3. By August People Are Even More Secure

For those who didn’t make the move to file for divorce in March, August becomes a big month because it can take a while for someone to find the nerve to actually go through with it. Filing for divorce is such an emotional thing, so if you’ve given all you can through the winter holidays, hoped for the best during the spring, then stuck it out through the summer holidays, August just naturally becomes a prime time of year to say goodbye.