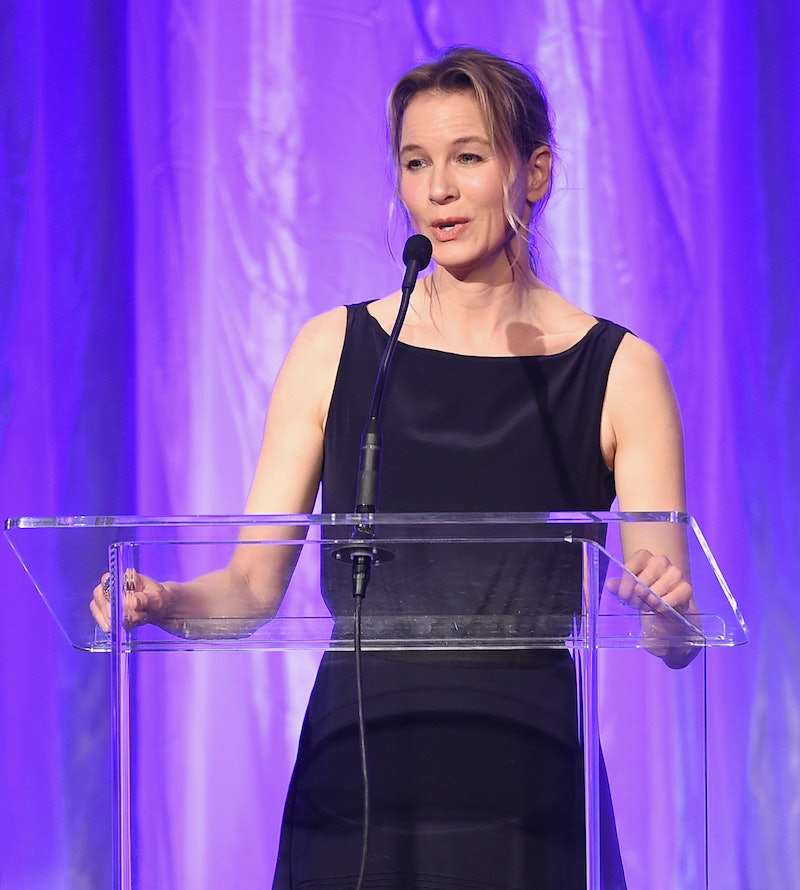 If there was one thing that I’ve been looking forward to more than the premiere of Bridget Jones’ Baby, it is all of the interviews that were bound to come out with the movie’s star, Renee Zellweger. So when The Hollywood Reporter released one in what is sure to be a long line of publicity interviews and Q&As, I poured through that sucker with a fine-tooth comb. But after reading it a few times, the thing that stuck with the most was what Zellweger had to say about negativity. Namely, that she totally avoids it. It stuck with me because it was totally inspiring, but also because I think it’s an approach that many of us could benefit from adopting.

Here’s what Zellweger said exclusively to The Hollywood Reporter on the matter. After years in and out of the Hollywood limelight, Zellweger says that her main goal "is to avoid any negativity that might enter my consciousness. If I'm not aware of it, then it's not real. It doesn't exist." That means that over the many years she's been in Hollywood the actor has taken all of the negativity that has come her way and set it aside. And here’s why I think that is so amazing: by putting it aside and avoiding it all together, Zellweger has created a reality in which her own thoughts, opinions, and preferences matter so much more than anyone else’s. Or at least, nasty Internet trolls.

Don’t get me wrong: I think there is definitely a time and place for constructive criticism, but the useful stuff generally comes from the people you trust the most: Your friends, your respected colleagues, your close family. Instead, what happens to most of us — OK, fine, what happens to me — is that I absorb all of the negative feedback coming my way and end up feeling like complete garbage at the end of it.

But imagine, if you will, how your idea of yourself would be different if you didn’t focus or even give attention to the negative. Imagine how Zellweger’s reality of herself would be altered if, say, she had listened to all of the negative talk about how her face looked “different” at the Women in Hollywood Awards back in 2014. I’m imagining it would be a lot different than if she had ignored it altogether.

Instead, Zellweger has taken the last six years off from acting, spending her time living on her 40-acre farm in Connecticut and choosing to create a life based on what she thinks and believes for herself. By doing this, Zellweger has done something that is so admirable and inspiring. Honestly, it’s something that I think we should all do more often. Negativity and unwanted criticism be damned.

More like this
Renée Zellweger & Ant Anstead’s Relationship Timeline Had A “Serendipitous” Start
By Justice Namaste and Hugh McIntyre
Sandra Bullock, Girlboss Extraordinaire
By Matt Harkins & Viviana Olen
Spice Girls’ Net Worth: The Richest Member Is Wealthier Than The Rest Combined
By Hugh McIntyre
Joe Alwyn Reacts To Taylor Swift Earning An NYU Doctorate In A Rare Interview
By Jake Viswanath and Nicole Pomarico
Get Even More From Bustle — Sign Up For The Newsletter