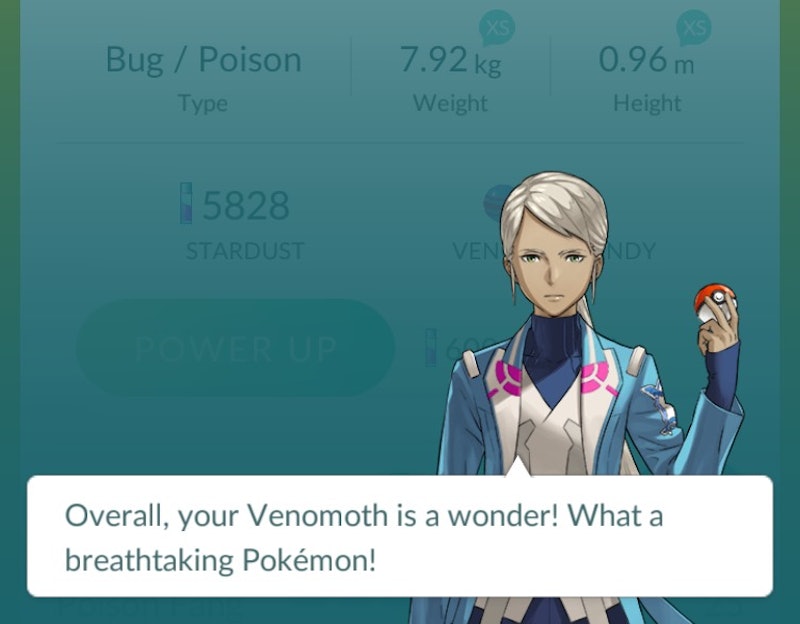 When the brand spankin' new Pokemon Appraisal feature for “Pokemon Go” dropped earlier this week, a wide variety of questions began swirling immediately afterwards: What is it? What’s it for? How do you use it? And, perhaps less obviously, are teams required to use Pokemon Appraisal in “Pokemon Go?” Because it is literally my job to do so, I’ve spent the past couple of days exploring each of these topics and more — but interestingly, it took me a little longer even to realize that the question of whether being on a team was necessary to use the feature was something to which I wanted to know the answer. Once I thought of the question, though, I couldn’t stop thinking about it… so of course I had to go and figure it out. And then share the fruits of my labor with you, Gentle Readers. Because that is what the internet is for.

Here’s the deal: Players are required to join a team once their Trainer character reaches level five, at which point they’ll be introduced to each of the Team Leaders: Blanche for Team Mystic, Candela for Team Valor, and Spark for Team Instinct. Although initially the Team Leaders didn’t seem to serve any sort of practical purpose, they began adding more to the game than just set dressing once Pokemon Appraisal hit the scene. By tapping on the “Appraise” option in an individual Pokemon’s menu, you can now gain valuable insight into your Pokemon’s strengths and weaknesses thanks to a brief analysis by your Team Leader.

But what if you don’t have a Team Leader? If you’re under level five and haven’t yet pledged for one of the three teams, do you still have access to the Pokemon Appraisal feature? Inquiring minds want to know!

The most obvious way to find out, of course, was simply to create a new account with a brand new Trainer — one that would definitely be under the level five cap required for team selection. So that’s what I did: I logged out of my regular “Pokemon Go” account, started a second one with a burner email address, and then tried accessing the feature after I caught my first Pokemon. And lo and behold…

…The “Appraise” option is absent from my Bulbasaur’s menu.

So, I can say with confidence that the answer to the question “Do you have to be on a team to use Pokemon Appraisal?” is yes — you can’t use the feature until you’ve declared your allegiance to one of the three teams. If your squadless, it simply won't be an option for you.

In a lot of ways, that actually makes sense. There isn’t much of a reason an under-five Trainer would actually need Pokemon Appraisal; it’s a tool meant to prepare Trainers for battling in gyms, and since you can’t battle until you’ve arrived at level five… well, you do the math. That said, though, my own primary interest in the feature actually has nothing to do with gym battles, since — even though I’m definitely beyond a level five — I don’t really do the gym thing. The bottom line is that it’s just kind of fun to see how your Pokemon measures up to others of its species, even if you’re not planning on throwing it into the ring anytime soon. As such, I can see how it might be frustrating for under-fives not to have access to Pokemon Appraisal.

But hey, the good news is that reaching level five isn’t particularly difficult to do. If you’re not there yet, don’t worry; that’s what the Lucky Egg leveling up hack is for. Soon, you, too, will be appraising your Pokemon like a pro.