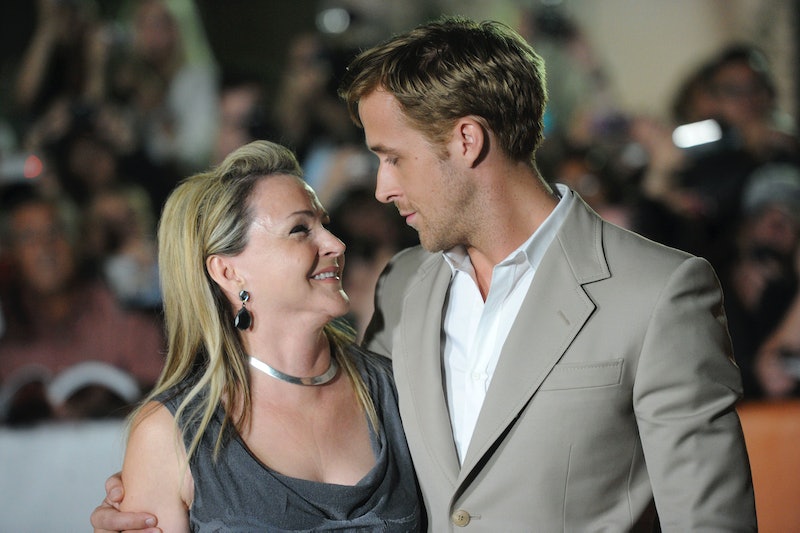 Obvious newsflash: the coolest, smartest, sexiest men also tend to be feminists. But while many men might agree that women should have equal rights, far fewer wear the label of feminist proudly. Here are 9 male celebrities who are using their influence, power, and voices to advocate for gender equality.

Actor Joseph Gordon-Levitt was introduced to feminism by his mother. In an interview during his Don Juan press tour, Gordon-Levitt described his mother as a radical feminist who used sports to teach him about the objectification of women.

“For example, we would always watch Lakers games as a family, but my mom would always point out every time the cheerleaders came on, 'Okay, so look, here's the story that gets told: The men get to be the heroic skilled athletes and the women just get to be pretty,” he explained.

“She wanted me and my brother to be aware of it because we see these images on TV, in the movies, and in magazines all the time. And if you don't stop and think about it, it just sort of seeps into your brain and that becomes the way you perceive reality.” His mother’s lessons worked. Gordon-Levitt identifies as a feminist.

Soul crooner John Legend melts women’s hearts with his powerful vocals, but he’s also a staunch advocate for women’s rights. Legend performed at the Sound of Change, a benefit concert for Chime for Change, a non-profit organization dedicated to improving the lives of women around the globe.

When he announced he would be performing, Legend also publicly declared himself a feminist, and urged other men to join the movement. “All men should be feminists,” he said. “If men care about women’s rights, the world will be a better place. We are better off when women are empowered — it leads to a better society.”

Singer Harry Belafonte has been using his celebrity to promote civil rights and feminism since the 1950s. During a February speech to the Phi Beta Sigma fraternity, Belafonte called upon men to assist in ending all oppression against women. "Let us use this century to be the century when we said we started the mission to end the violence and oppression of women. Let us never, ever let our children become the abusers to our women that we permitted in our lifetime," he said.

The world may know Patrick Stewart as the coolest guy on Instagram, but his work as an anti-violence advocate is equally as important. Stewart was raised in a home with an abusive father, and works with organizations like Ring the Bell to end violence against women.

He gave a passionate speech on gendered violence in 2013, and ended it by saying, “It's in our hands to stop violence against women.” Right on, Professor X.

Ryan Gosling (pictured in the main image with his mom) is so committed to women's rights he even has a tumblr dedicated to his feminism (ok, so maybe those aren't direct quotes). Still, Gosling notably went to bat for complex depictions of female sexuality in film after Blue Valentine generated controversy for an explicit sexual scene.

In response to controversy over the oral sex scene Gosling said, “The MPAA is okay supporting scenes that portray women in scenarios of sexual torture and violence for entertainment purposes, but they are trying to force us to look away from a scene that shows a woman in a sexual scenario, which is both complicit and complex. It's misogynistic in nature to try and control a woman's sexual presentation of self. I consider this an issue that is bigger than this film.”

It sure is. (And so is this issue of our ever-increasing affection for you.)

Like Gosling, Ashton Kutcher believes female sexuality deserves to be celebrated rather than condemned. When his romantic comedy No Strings Attached was released Kutcher said:

I think there's so much that’s not said about sex in our country, even from an educational level…the one thing they teach about is how to get pregnant or how to not get pregnant, but they don't really talk about sex as a point of pleasure for women…Part of that creates a place where women aren't empowered around their own sexuality and their own sexual selves, and from a purely entertainment point of view, to create a movie with a female lead that's empowered with her own sexuality is a powerful thing.

Abortion is a sensitive political and personal issue, and few celebrity men have discussed it publicly. However, back in 1992, Blair Underwood voiced his opinion, and proclaimed his allegiance to the pro-choice movement.

“You can't live in this world, obviously, without coming into contact with women,” he said. “I mean, a woman is my mother, gave me life, gave me sisters. I have a girlfriend I love dearly. All of that comes into play. It's not about abortion being right or wrong. It's about having that choice to decide what a person should do with their own body.”

The Friends actor has been outspoken about the impact of sexual violence against women. He’s the director of the Rape Treatment Center at Santa Monica-UCLA’s medical center.

He’s also starred in several television PSAs urging men to end violence against women. Schwimmer became involved with the Rape Treatment Center after he discovered an ex-girlfriend had been date raped.

Mark Ruffalo is famous for being a gorgeous male lead, but he’s also a pro-choice activist.

Last summer, Ruffalo gave a speech at a pro-choice rally which revealed that his mother sought an illegal abortion when she was a teenager. It reads in part:

“My mother’s illegal abortion marked a time in America that we have worked long and hard to leave behind. It was a time when women were seen as second rate citizens who were not smart enough, nor responsible enough, nor capable enough to make decisions about their lives,” Ruffalo said.

“My own mother fought to make herself more than a possession; she lived her life as a mother who chose when she would have children, and a wife who could earn a living if she so chose. I want my daughters to enjoy that same choice.”