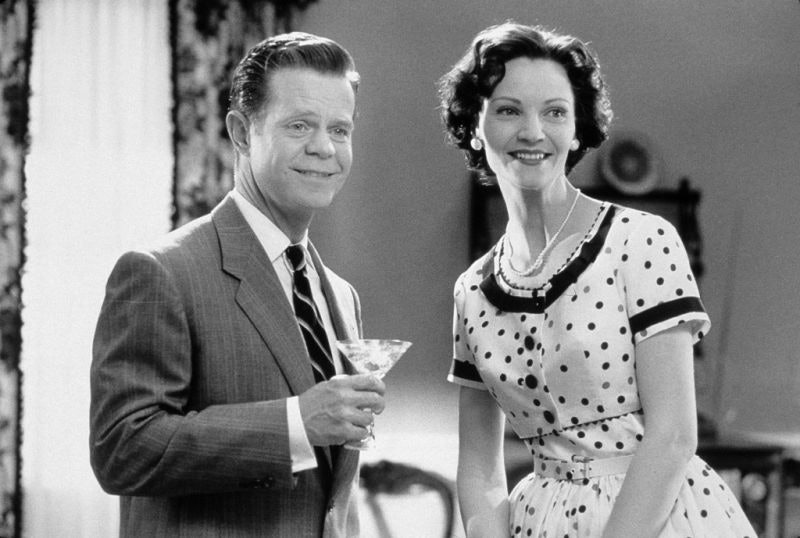 One of the easiest ways to decipher the treatment of women and LGBT folks during certain time periods in our society is by taking a look at the most popular relationship advice from the era. How has relationship advice evolved over the last 100 years?

From the 1900s through the early 1960s, heterosexual marriage was held as probably the greatest accomplishment to which any woman could ever aspire. And, essentially, the most widely shared dating advice was massage your husband's ego and don't be too loud. Domestic violence and dissatisfaction in the marriage was blamed on the woman — her mouthiness, her subpar culinary abilities, etc. And, most importantly, divorce was not an option, unless you desired to bring permanent shame upon yourself.

As the 1960s neared the '70s, the women's liberation movement began to change the roles available to women. Entering universities and workplaces meant that the perfect housewife was no longer as relevant — and relationship advice started reflecting that for the first time. By the 1980s, there may have been less relationship advice focused on domesticity, but that doesn't mean gender stereotypes were not still present in the guidance offered to young women.

And let's jump to present day — gender stereotypes are still way too prevalent in our society, but our relationship advice incorporates queerness, sexual health, consent, and emotional and physical abuse. Technology has completely changed our dating etiquette. When we were once told how to cook a meal for our husbands, we are now offered guidance on emoji selection and picture curation for our online dating profiles.

Take a look below at how relationship has changed since the 1900s:

Relationship advice from this era typically discussed marriage or "the wedding night," as any other potentially sexual situation was simply too scandalous to even allude to. It mostly focused on the wife's responsibility to bear children, or she was a failure of a woman. The Week quotes some advice from the 1902 guide, What A Young Wife Ought To Know:

"From the wedding day, the young matron should shape her life to the probable and desired contingency of conception and maternity. Otherwise she has no right or title to wifehood."

Because the 1920s was the years of sexually-liberated flappers, suggestive dancing, late-night jazz clubbing, and drinking, it also introduced some more blatant slut-shaming into popular dating advice. In a 1922 issue of Ladies Home Journal, Barton W. Currie writes:

"It would be a fine thing for this generation if the word ‘flapper’ could be abolished. Its prewar definition was, ‘a sprightly and knowing miss in her early teens.’ Its after-war significance entangled itself with the ‘dreadful’ side of youth — with jazz, short skirts, bobbed hair and glistening legs; with the ‘immodest’ passing of corsets: with cigarette smoking; with petting parties and gasoline-buggy riding... with one-piece bathing suits... with birth control and eugenics..."

The 1940s told us gals to stay quiet, inflate the guy's ego, and not ask questions until he's had the dinner that you've prepared for him. In 1943's Sex Today in Wedded Life, Edward Podolsky writes:

"Remember, your most important job is to build up and maintain his ego (which gets bruised plenty in business). Morale is a woman's business."

We are all familiar with the 1950s archetype of the perfect housewife — the repressed gender role limiting women's existences and opportunities, and eventually contributing to the women's liberation movement a decade later. As summed up by PsychCentral, the relationship advice of the 1950s is often centered around the idea of marriage as a career for women. The only good wife was one who understood that her job was to please her husband, not seek intellectual or career satisfaction — otherwise, she may emasculate him. GASP! PsychCentral quotes a marriage advice book from the post-WWII decade, which read:

"To be a successful wife is a career in itself, requiring among other things, the qualities of a diplomat, a businesswoman, a good cook, a trained nurse, a schoolteacher, a politician and a glamour girl."

In addition to obviously being heteronormative AF, marriage advice from the era placed all responsibility for marital success on the woman. And how a woman would foster a successful marriage was literally by being quiet (especially DON'T NAG when your husband comes home — your problems are "trivial" compared to any man's.) And also by ensuring that her husband always had a fully prepared and home-cooked meal when he arrived home from work.

"And bad cooking, which is the usual thing in the average American home, has been responsible as much as any other factor for driving the husband to the saloon, and to other places. And when she does cook, she should cook, and not be, as somebody said, a mere can opener."

If your husband abuses you, yells at you, or cheats on you — it all comes back to that overcooked pot roast or canned green beans, ladies.

So in the early 1960s, all of that perfect housewife stuff continued. Glamour collected some advice from a 1960s home economics textbook which suggested, once again, having dinner ready, re-doing your makeup before your husband arrives home from work, and keeping the talking to a minimum.

But as the decade progressed, the women's liberation movement and second wave of feminism began to take hold. Women were now speaking about domestic violence and demanding their inclusion in academic spaces and workplaces (and fighting for equal pay). Lots of women were discovering writers like Simone de Beauvoir, Gloria Steinem, and Audre Lorde. Those marriage guides were slowly becoming relics of the past... slowly.

Even in more mainstream publications, though, relationship advice began taking on a slightly more feminist tone. Writers mentioned things like not owing a boy a kiss simply because he bought you a milkshake, etc.

Conversations about relationships also got a little bit racier; the popular television game show, The Newlywed Game, for example, often asked couples to describe their sexier antics. Lots of euphemisms were used, of course — "making whoopee" seemed to be a fave of the show's writers.

The 1970s continued to make the perfect housewife a thing of the past. By the 1980s, way more women were working and going to college. Relationship advice no longer focused on women cooking, nor did it treat marriage as a career option. However, that's not to say that dating advice was not often centered on dangerous gender stereotypes — just as it often still is today. BuzzFeed quotes the 1984 teen advice book for girls, How to Be Popular With Boys, proving that awful ideas were still being pushed on young women:

“Boys get an ego boost from your awkwardness. It makes them feel more in control, more manly. And at the same time they get more protective toward shy, trembling you.”

TREMBLING. So did you hear that, girls? Have no confidence, or else you might intimidate your crush!

Thankfully, as this Huffington Post article noted, a few popular movies of the era did emphasize healthier ideas about relationships — hinting that friendship was the basis of any good romance, and that your geekiness may actually be why your crush likes you, so don't change for a guy.

The 1990s saw the beginning of online dating — though it was still somewhat stigmatized. AOL instant messenger was also a thing, and internet flirting was slowly becoming a topic in relationship advice. But it was the 2000s that really saw technology's impact on dating culture.

Think about it — how many relationship advice articles do you see that incorporate texting, social media, and dating apps into their remarks on successful relationships and flirtation? From emoji usage to inappropriately frequent social media usage, to the timing of your text messages. Dating apps are also incredibly normalized — 27 percent of folks 18-24 years old use dating apps, which is more than 15 percent higher than 10 years ago. Frankly, it is kind of bizarre if relationship advice doesn't mention app etiquette.

Dating advice is also beginning to incorporate more progressive ideology — whether it addresses the orgasm gap in heterosexual relationships, the spectrum of sexuality, the definition of consent, or the fact that abusive behavior can take numerous forms. By no means is all relationship advice healthy and devoid of gender stereotypes, but we're definitely doing better than we were in some previous decades.