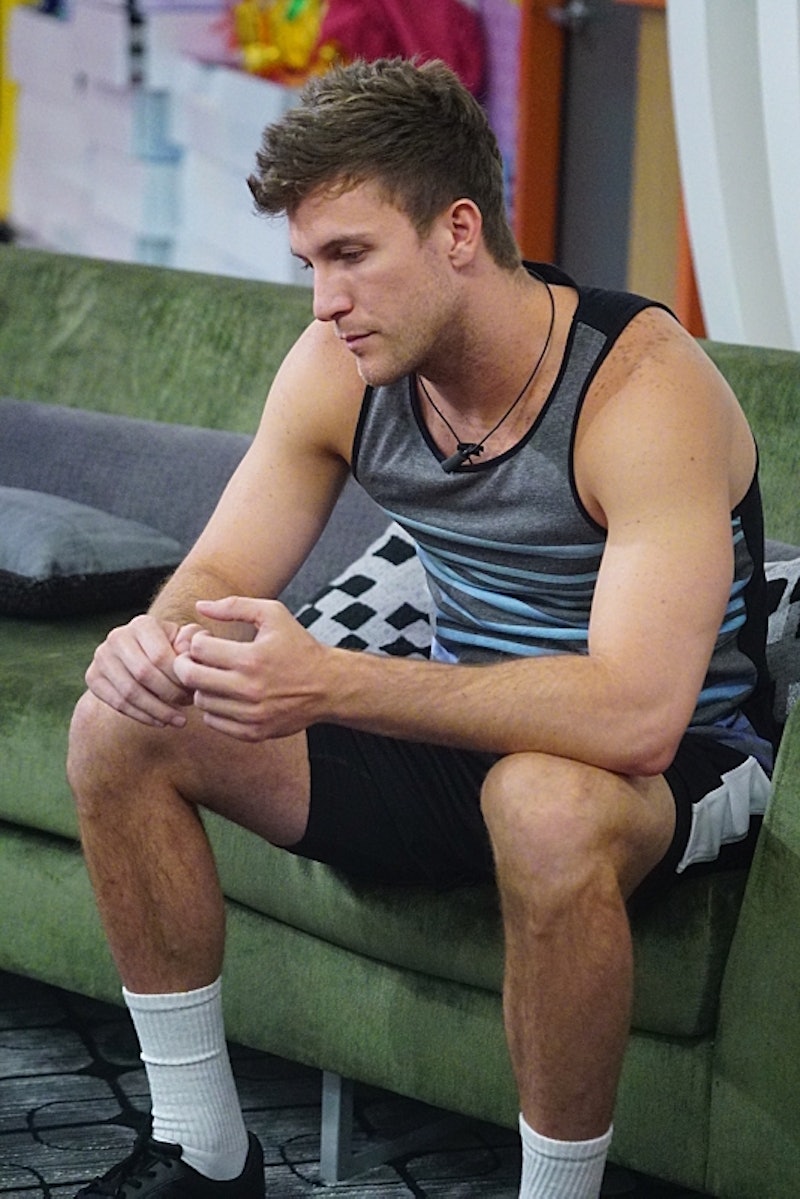 The summer is finally starting to cool down, but twists are turning the heat up in the Big Brother house. The final week of Big Brother 18's America's Care Package was given to Corey. Previous care packages have included everything from safety for the week to acting as Co-HoH, but the show may have saved the best for last. Corey got the BB Bribe, which, according to the CBS website, allows him to offer someone in the house $5,000 to sway "voting, competitions, vetos, or nominations." He's got plenty of options, but how is Corey using the BB bribe?

While the BB bribe is an amazing power, there may not actually be much it can do for Corey. The bribe is only allowed to be used in the coming week, so he can't save it for a crucial late-game decision, and this week his showmance partner happens to have won both the HoH and the PoV, meaning that there isn't much of a need to sway anything in his favor. While Corey hasn't made a decision yet, he has thrown around a few ideas as to how he could use the bribe to his benefit.

"Bribe" Nicole To Do What She Was Going To Do Anyway

Corey can't keep the $5,000 for himself, so either he has to use it or nobody walks out of the house with the $5,000 prize. Fortunately for Nicorey, there's no rule saying that Corey can't bribe someone into doing something they're already going to do. If Nicorey is feeling safe that their plan to get Michelle out of the house will succeed, Corey may "gift" his partner with some cash just so that it doesn't go to waste.

Ask Someone Else To Be Have Not

Being a Have Not is the worst fate you can be given while remaining in the Big Brother house. Forced to sleep in the uncomfortable Have Not beds and eat the infamous concoction known as Slop. Corey seems to hope he could be able to trade being a Have Not for a week with someone in exchange for $5,000 — which is a pretty easy way to make $5K. Although, it seems that Corey may just attempt to champ through his difficult week and save the bribe for a gameplay-related move.

Come Thursday, Michelle and Paul will likely be sitting next to each other on the Big Brother couch and one of them will be going home. Nicole and Corey have been planning to evict Michelle, and they're confident that their plan will happen as they intended. However, for some reason Corey and Nicole suspect that Victor may need some extra motivation to vote out Michelle (as if he would willingly evict his ride-or-die Paul) and seem to be planning to offer Victor the $5,000 to make sure he sticks to the plan. With Corey and Victor voting for Michelle, even if James and Natalie both vote for Paul, the tie-breaking vote will go to Nicole. Ensuring Victor's loyalty is likely the best way to use the bribe, and will likely be what Corey does when the time comes.

These three options are all likely possibilities, but the motto of Big Brother — "Expect The Unexpected" — still looms over all of Corey's best-laid plans. While he may be secure in his plans to get Michelle sent home, there are plenty of possibilities that could ensure that everything falls about before Thursday. Furthermore, while bribing Victor could help Corey evict Michelle, is that really the best move for his game? The BB Bribe has put Corey in the most precarious position in the house he's been in all season, and what he does with it will likely solidify how he's remembered in Big Brother history.