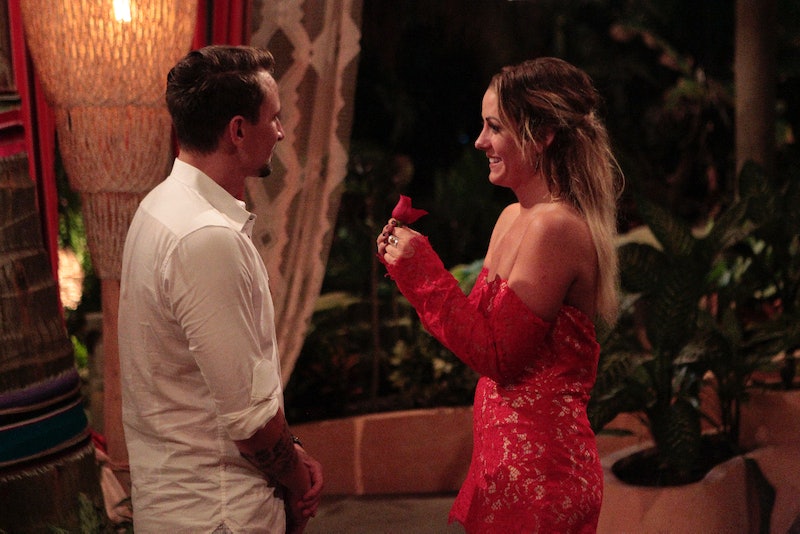 Three is a lucky number this year. After Mike Fleiss promised multiple engagements on Bachelor in Paradise 3 this season, it seems like three couples may put a ring on it. One of those couples? Bachelor in Paradise's Evan Bass and Carly Waddell who are the most-improved couple, and real contenders for a proposal. I personally believe that Evan and Carly’s potential, eventual wedding should be aired live on TV. I have many reasons to back this up, but I feel like most of you already agree with me. The couple is pretty awesome, and Carly deserves love more than most of the people on that show. That kind of love needs to be showcased on TV again and again.

Despite their lows in the beginning, they’ve become the strongest couple in Paradise. At first, Carly was kind of feeling Evan, until he kissed her. There was a bit of miscommunication as he thought their moment was magical, while Carly thought it was the worst, most awkward moment ever. Afterwards, he asked her on a date in which they had to make out after eating a hot pepper. Not only did Carly vomit, but she got sick and Evan wouldn’t stop touching her. It wasn't until their second date when Carly finally decided she was into him. All of a sudden things turned around for the couple and they were finally on the same page. Since then, they’ve been inseparable and actually pretty freaking cute. Everyone was surprised and now fans are totally into it, which is why ABC should pick Cevan for the primetime TV wedding of the year.

Between Lace, Grant, Amanda and Josh, the drama seems endless. Right now Evan and Carly are the strongest couple in the house, and they get along great. Instead of being dramatic, they’ve spent the time they’ve had getting to know each other. If we’ve learned anything from Jade and Tanner, the “boring” couple is the real couple.

I mean come on, guys. When she had that moment of realization that he was actually a great guy it was adorable, and you can’t deny it.

Their Love Story Is The Best

To go from the most awkward first kiss ever and a date that left Carly puking, their story is the best. It took them a bit of time, but their story is kind of awesome, and I would love to see a recap of that on TV for their wedding.

Jade Will Be In The Wedding

Any chance to see my favorite Bachelor alum ever on TV is a great thing. Jade is the best and she would be front and center for Carly’s nuptials, just like Carly was for hers.

It Will Bring Together The Best Alums

Carly has made a ton of friends on the show since Chris Soules’ season and even before that because her brother was on the show. It would be a far better reunion if Carly and Evan were to wed on TV than the other couples. I mean who really wants to see Josh get married?

The Other Couples Won’t Make It

Lace and Grant have been on the rocks since day one. I think they will date for about a month before they call it quits. As for Josh and Amanda, I give them longer than Grant and Lace, but I think they will eventually split. Evan and Carly have the best shot of making things work.

Everyone loves Evan and Carly! I mean if you had to pick wouldn't you choose them too?