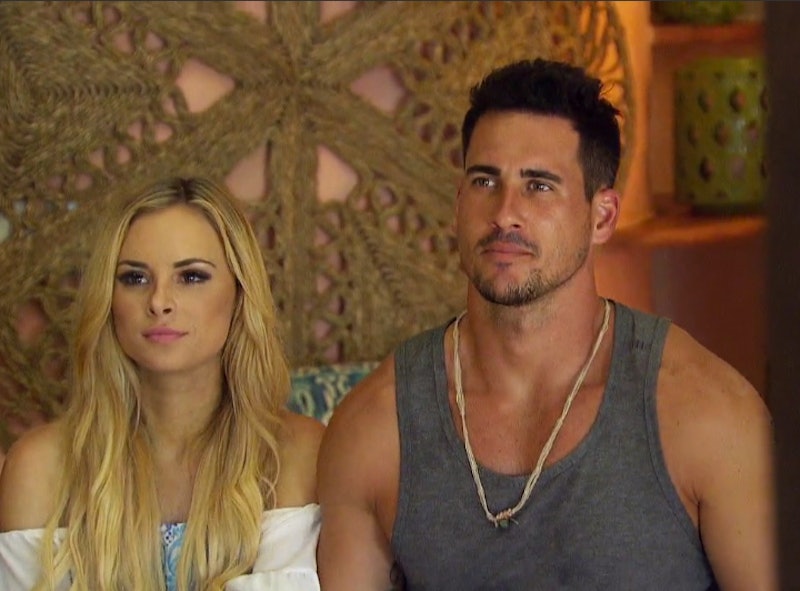 The road has not been easy for Bachelor in Paradise's most symmetrically-faced couple: Josh Murray and Amanda Stanton. The duo appeared to have an instant connection in Mexico, but their relationship has been questioned constantly on the show. In addition to constant critique, the majority of their screen time has involved them making out. Discussions of the future, Amanda's kids, and, really, any kind of talking didn't make the final cut of the show. Despite this, Bachelor in Paradise ended with Josh proposing to Amanda. But, are Amanda and Josh still engaged since the show finished filming? All signs point to yes.

Many of their important relationship milestones have been captured in photographs post Bachelor in Paradise. These include: Josh meeting Amanda's kids, Josh and Amanda moving in together, and, of course, a trip to Target. The post-show sightings have allowed fans to see that Josh and Amanda just may be one of the most solid couples to emerge from Paradise. And, all the evidence points to this couple still going strong. Social media is a huge clue in the status of Paradise couples, and, for Josh and Amanda, all seems blissful.

When kids are involved, the big relationship questions tend to get asked quicker. Josh stressed throughout the show the desire to meet Amanda's kids. Amanda had spoken to her hope that Josh would become a part of their lives and that a marriage was in the future.

Bachelor in Paradise even provided the two with a final date that involved playing with children. This lead to a discussion in which Josh proclaimed how excited he is to meet her kids. There is a serious commitment with these two that is hard to ignore.

Now that we've seen them commit to marriage, all evidence suggests that, not only did Josh and Amanda get engaged on the show, but also that their engagement lasted and will last well past Paradise.