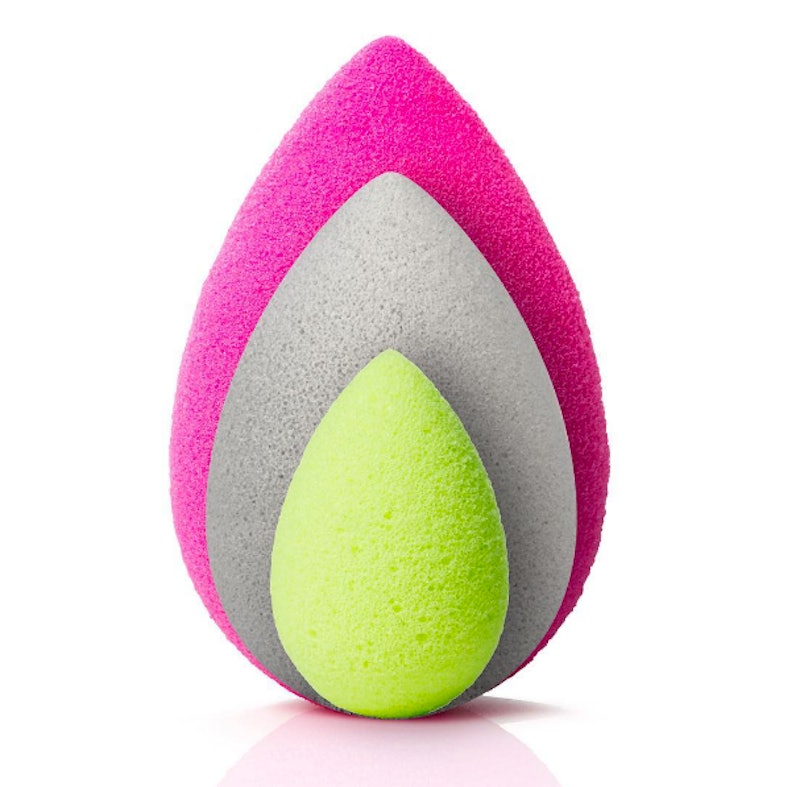 It's safe to say I've tried and tested my fair share of faddy beauty trends. But, until very recently I had no clue whether or not you could use a Beautyblender to contour, which, considering my profession, you'd think I'd be able to write a self-help book entitled: Beautyblending for Dummies.

In all honesty, I must admit I don't own a Beautyblender and I've never even used one. In fact – brace yourself – I've never even tried contouring. The thing is, when it comes to beauty, I tend to throw myself in the deep end and try out the more extreme or unusual trends rather than ones that are popularized by the masses. My past experiments include wearing body glitter everyday for a week and trying out the hangover beauty trend. Thus, I'm sure you can understand that in my day-to-day life when I'm not trialling the next crazy beauty trend or performing with my vintage girlband, I tend to go makeup free or rock a natural makeup look to give my poor face a rest.

Upon contemplating whether you can use a Beautyblender to contour, the only personal experience I could liken it to was getting my face painted with a sponge. Of course I'd heard wonderful things about Beautyblenders, so I was eager to discover if they could be used for contouring.

As someone who likes to throw the beauty rulebook out of the window and do kooky things in the name of beauty – like stick things on my face – my initial feeling was, if you own a Beautyblender, you should be able to do what you want with it, including contouring. After all, Beautyblenders are most commonly used for applying base makeup such as foundation, so surely they can be used to apply other types of makeup?

Fellow Bustler Miki Hayes put her egg-shaped sponge to the test and she used her Beautyblender to apply all of her makeup from primer to eyeshadow. Although some of the more detailed areas (such as eyelids) were a little tricky, she said, "It's kind of a perfect solution for traveling, as this one squishy sponge takes up way less space than a set of brushes." With Hayes' experience in mind, it appears it's more than possible to use a Beautyblender to contour.

As Silva says at the end of the tutorial, "It's so easy you're little sister can do it!" So there you have it, it's totally possible and super easy to use a Beautyblender to contour. Best get blending beauty babes!