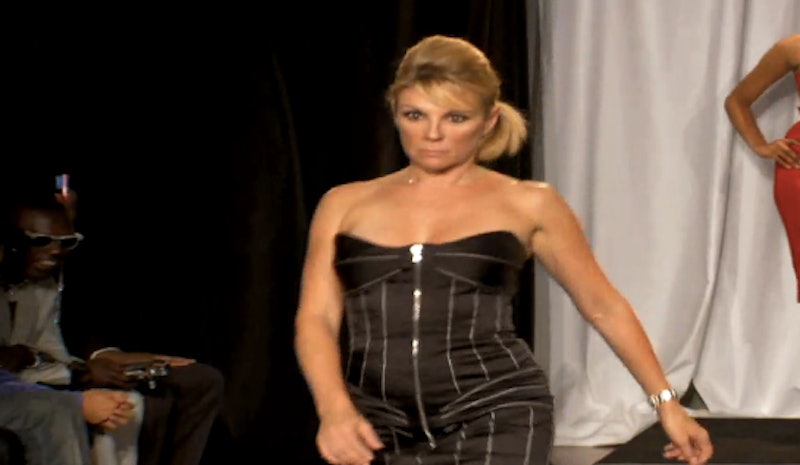 With New York Fashion Week in full effect, it's only appropriate that we talk about the Real Housewives of New York City in relation to the biggest fashion event of the year. Die-hard fans of the Bravo reality series know exactly why I need to discuss it. RHONY Season 3 and NYFW will always be linked. Whenever I hear about NYFW, I can't help but go back to Season 3, because the beginning of the season heavily revolved around fashion week. From the Housewives attending runway shows to the ladies throwing parties to walking in shows themselves (no, not for major designers or collections), NYFW was a huge part of the season, their lives, and the drama that resonated throughout the third season.

Who knows if those involved in NYFW appreciate how much of an influence RHONY had during that one week in 2010, but Real Housewives fans certainly do. It added to the greatness of Season 3. Believe it or not, that specific season wasn't only about Scary Island.

So, in honor of RHONY once invading NYFW, let's take a look at some of the top moments of the women during the fashion event that will forever be embedded into fans' brains.

Countess LuAnn de Lesseps kicked off fashion week by hosting a New York Fashion's Night Out party for Ungaro. Just who was in attendance? None other than Lindsay Lohan. She was there with her mom, Dina Lohan, who Jill Zarin couldn't help but brag about knowing. You see, Jill just knows anyone and everyone. I think I'd be bragging about knowing LiLo, not her mother, but that's just me.

Season 3 was the downfall of Jill and Bethenny Frankel's friendship. After Bethenny started dating her now ex-husband Jason Hoppy, Jill and Bethenny had a falling out, which Jill blames on Bethenny telling her to "get a hobby." It was all kinds of drama, but it escalated even further during a show at fashion week when the two came face to face after not seeing each other for awhile. It did not go well.

Before she was causing tension on Real Housewives of Beverly Hills, Lisa Rinna made an appearance RHONY. As you can see above, she even sat with Bethenny, LuAnn, and Kelly Bensimon at a show. Even though she wasn't directly involved in the drama between LuAnn and Bethenny (more on that below) that happened during this exact moment, it's pretty clear that drama follows Rinna wherever she goes.

Somewhat similar to the showdown Bethenny and LuAnn had (and continue to have) in Season 8, the two ripped each other apart at a NYFW show. Again, Bethenny used her favorite term ever to describe LuAnn. Yes, she called her "a snake." What made the fight even more awkward was that it took place in front of a bunch of people and then Kelly made Bethenny sit next to LuAnn. Nope, that's not uncomfortable at all.

Technically, this didn't happen at NYFW, but at Brooklyn Fashion Week. It doesn't really matter, because the two events were looped together and happened around the same time. Well, as RHONY fans probably recall, Alex McCord held her own fashion show, which wasn't that horrible. I mean, she pulled it off, but all of the drama leading up to it and then watching the runway show in action, well, it definitely made for a memorable moment.

When wasn't Jill extremely critical on RHONY? That's exactly what happened at Alex's fashion show. She just couldn't praise anyone or anything, but felt the need to only give negative commentary. I mean, at one point, she said Alex walking the runway looked like she was "channeling the devil." The above gif pretty much explains how Jill felt about being in Brooklyn. Basically, the fashion show wasn't up to her standards. So much so, she left at the end of the event without even talking to anyone or saying congratulations. That's Jill for you.

Of course, the one Season 3 Ramona moment (in addition to Turtle Time, of course) that fans will never, ever forget is when she walked that runway. I'll just let the above gif do the explaining.

See why RHONY Season 3 and NYFW will forever be connected in my eyes?