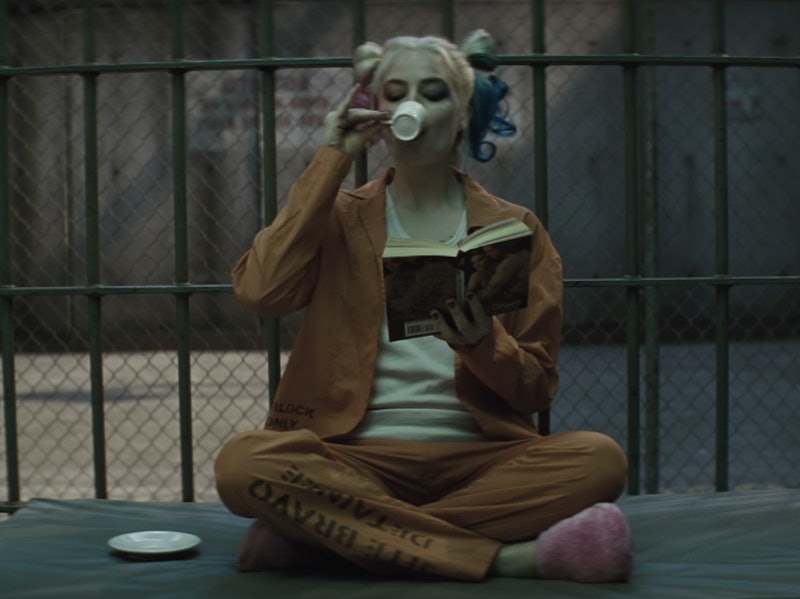 After seeing Suicide Squad, one thing is clear: nobody can control Harley Quinn's brand of crazy. That's why the actress behind the summer's breakout villain, Margot Robbie, is ready to take matters of her character into her own hands. DC Comics is bringing the big-screen girl power up a notch and, according to the latest rumors, Robbie might executive produce Harley Quinn's spinoff movie. The film will be the Suicide Squad 's first official spin-off, and the female-led project is certainly a step in the right direction for women in comics. Plus, at this stage in the game, nobody knows Harley Quinn quite like Margot Robbie.

Despite telling MTV that taking on the role of Harley Quinn was "intimidating" back in early 2015, the Australian-born actress has proved her capability with this summer's release of Suicide Squad. Considering her dedication to everything from nailing Harley's accent ("The goal was to kind of find some sort of middle ground where I could go higher for comical moments and go lower for more real moments.") to doing her own stunts ("I got to work with a free-diving expert and learn how to hold my breathe under water for a really long time."), Robbie stepping up as an executive producer can only help push her character forward.

Many fans and critics commented on the over-sexualization of Harley Quinn in Suicide Squad, so it's safe to say that we could certainly use a female perspective behind her character's next chapter. Harley's highly-emphasized booty shorts and the "next level" look into Harley and the Joker's relationship made it hard at first for some to look at Harley as the strong female character she is, rather than as an object for the male gaze or for the Joke's obsession (the latter of which she obviously returns). With Robbie taking the reigns, this could be the perfect opportunity for Harley Quinn to shine — especially since Robbie even had some reservations about the character in the Suicide Squad.

“I just didn’t understand how she could be such a badass and then fall to pieces over some guy. I found that really frustrating. Fans seem to really love that about her, that she has this complete devotion to a guy that treats her badly," Robbie expressed to The Washington Post . "Once I could view it in those terms [after researching the meaning of a co-dependent relationship], it suddenly made sense, and I suddenly had so much empathy for Harley and after that it was all very straightforward. It was fun after all that.”

That is exactly the side of the story that Robbie could bring to the forefront. Something that gives Harley's thoughts and feelings more presence in the narrative, and allows the audience to empathize even more with her no matter what the men around her are doing. The fact that she'll be allowed this perspective next to other, equally badass female characters with whom she can build a genuine friendship helps as well.

Meanwhile, Robbie isn't the only DC Comics actor set on having a say in their own character's story. The idea of an actor working behind-the-scenes of their character's film is not at all a new concept, especially in the DC universe with Ben Affleck directing his own Batman solo film. But Robbie's executive producer title is certainly a breakthrough for the landscape of female superheroes. Many female superheroes have yet to be adapted on the big-screen in the first place, and there's still a lack of female directors being trusted with the bigger budgets of the business. Robbie is being provided with the power to help make the change the industry needs. Especially since, according to The Hollywood Reporter, Robbie's first-look deal with Warner Bros. it to help underline "Warner Bros.’ renewed focus on female-driven storytelling" as a whole — not just in the world of superheroes.

As of right now, an official release date for the Harley Quinn spin-off film has yet to be announced. But, until then, DC Comics fans can look forward to the beginning of girl power with Wonder Womans turn on the big-screen in June 2, 2017.