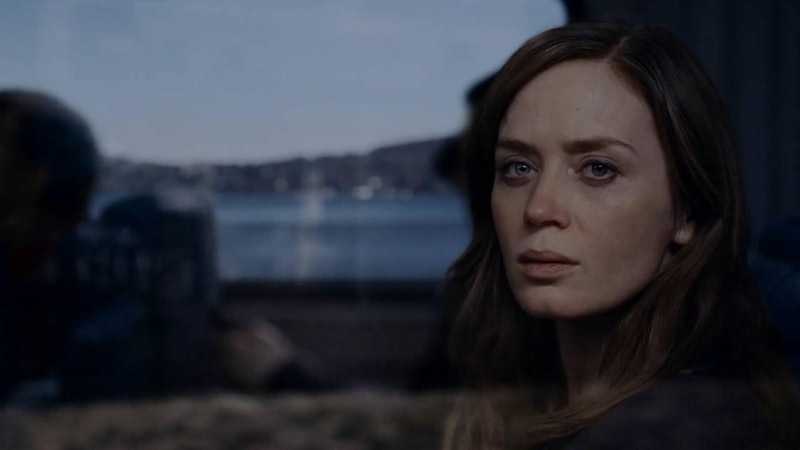 Two years ago, the movie Gone Girl got people talking. The film was a tense psychological thriller about the mystery behind a missing and presumed murdered woman that was based on a New York Times bestselling novel. Now, in 2016, a new film is picking up where Gone Girl left off. The Girl on the Train isn't actually related to Gone Girl, but it has a similar story, similar feel, similar themes, and was also based on a New York Times bestseller. And speaking of the novel, should you read The Girl on the Train before seeing the movie?

It really depends on what you're looking for in your movie experience. If you're the type of person who prefers to read the book before seeing the movie version to see how they compare, then by all means, read the book first. But if you'd rather go into the film blind and be surprised by what happens on screen, then you should refrain from reading the novel until after you've seen the film. That's because the movie actually doesn't stray too far from its source material, and the plot pretty much follows along the same path. However, that's not to say that nothing was changed for the movie.

For one, the setting has been altered from the UK to the US, even though star Emily Blunt is both British in real life and as the character of Rachel in the film. Some characters are also omitted or combined, as is typical in book-to-screen adaptations. One example of this is Allison Janney's character, Detective Riley, who takes on much of Detective Gaskill's role from the book (Gaskill is still in the movie, albeit in a greatly reduced role). Lisa Kudrow's character is also altered, playing a character named Martha who doesn't exist in the book, though her closest relative would be Clara, the wife of Rachel's ex-husband's boss.

There are other minor differences among the details here and there, but the major plot points all play out the same as they do in the book. The big twist and solution to the mystery are the same in both book and film, so if you don't want to be spoiled before seeing The Girl on the Train, don't read the book first.