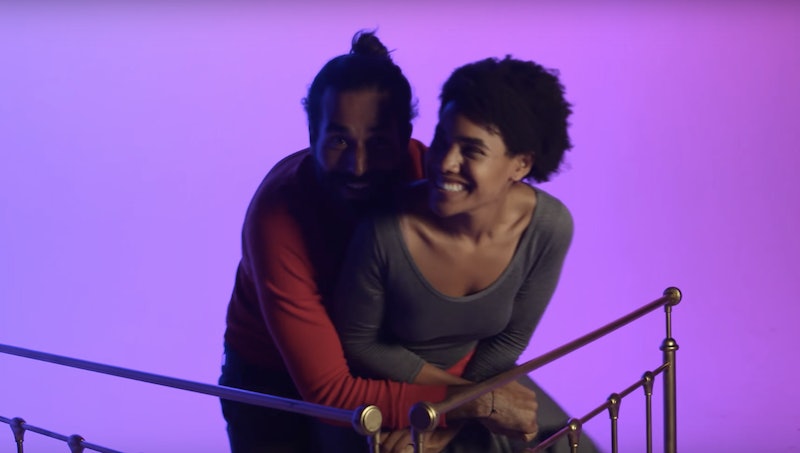 Relationships are hard enough without having unrealistic expectations thrown into the mix. We keep on expecting men to hold up boomboxes, to give tearful confessions of love after being paid to date us, and to die at the same time we do hand-in-hand in a nursing home. All great dramatic moments in movies, but admittedly not very realistic. BuzzFeed created a video showing what it would look like if relationships were like movies we love to watch, and not surprisingly it was a bit over the top and at times pretty funny.

Romantic movies are perfect and awesome because they offer an escape from reality. They present love as a perfect element that can never be shook or broken. Not by evil step sisters who don't want you to date the quarterback, not by the fact that you are masquerading as a man to play soccer with boys and especially not by a ship that historically sank into the ocean. Love conquers all. In movies. So it's really important to keep in mind that relationships aren't like the films we watch. Well — at least not most. Some are based on true stories so there's that.

At the end of the day, relationships are awesome because you end up sharing yourself with another human being. It shouldn't be because of some convoluted plan to get popular or a result of a handsome Keanu Reeves saving you from a terrorist that planted a bomb on a bus. (Strike that second one. If a handsome Keanu Reeves does anything for you, I give you full permission to date/marry/procreate with the man.) In the following video, BuzzFeed points out just how silly relationships would be if they were anything like the movies we watch.

As you can tell, if relationships were anything like the movies we watch, there would be some tropes that they have to go through. You know, the cliche moments in films that always happen to further the plot along.

First and foremost is the meet-cute. You and the person you love are weirdly put into a situation and find one another. The video references Romeo + Juliet, where the two title characters fall in love over a fish tank. A fish tank. Let that sink in. In real life we don't really know that we are in the middle of a meet-cute at all. It happens so much slower.

Obviously there is a fight. In the video it was over the ownership of the remote control. If you think about it, this is the most realistic part of the relationship.

There is a fight, and obviously there is a make-up. The two people learn to put aside their differences and work on sharing the remote control power. Beautiful. Now if only I can find a guy like the one in the video, and I would be golden.