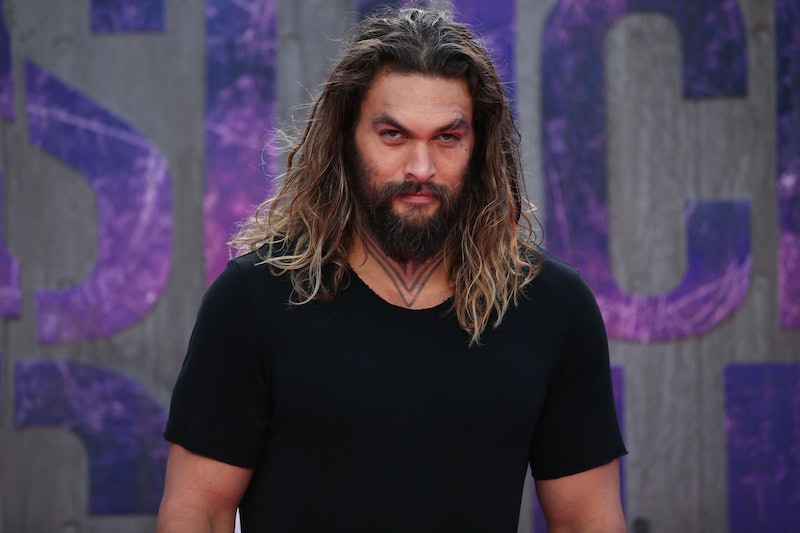 I don't know about you guys, but ever since I heard the rumors that Khal Drogo might be returning to Game of Thrones , it's been one of the top three things on my mind on a day to day basis. Seriously, it pretty much goes: eating food and water, moving my car on street cleaning days, and whether or not Jason Momoa's hints about Khal Drogo returning to Game of Thrones are really hints, or just nothing at all. It's possible I'm reading too far into everything Game of Thrones-related that's been coming out. But then again, there have been a ton of questionable Instagram photos on Momoa's account, that Drogo's incinerated-on-a-funeral-pyre self is going to get resurrected Jon-style. Heck, he might even be Azor Ahai if you believe certain theories!

If the fact that Daenerys' first (and pretty much only) love, Khal Drogo, died in Season 1 because he failed to properly treat a wound (despite having the correct medical care) is news to you, you better "x" out of this article and get caught up before Season 7 premieres in the fall. Don't worry, you have plenty of time. In fact, you could do the whole series in a month if you were seriously marathoning.

If you're up-to-date, however, here are a few hints that hint at the hinted Drogo reappearance.

Around the 33-minute mark, a fan asks "this one, Khal Drogo" if he's coming back to Game of Thrones. He said he would "do his best," and also mentioned that the writers would offer him any role to get back on set, because he's a great drinking buddy. Could an actor being a fun pal change the course of an entire series?

In April 2016, Momoa shared two screenshots of his former Khaleesi in celebration of the Season 6 premiere of Game of Thrones, with the caption "see you soons," and the phrase "ALOHA DROGO." Now, it's totally possible that Momoa, Emilia Clarke, and showrunners David Benioff and D.B. Weiss are hanging out in real life. But, if that was the case, why were the images both deleted?

3. The Picture With the Showrunners

Now what exactly was Momoa doing in Northern Ireland (a production location for Game of Thrones) hanging out with showrunners Benioff and Weiss? And what does "Aloha Drogo" mean? Hmmm? According to Aloha International, "aloha" can mean "hello" or "goodbye" or "joyful sharing of life energy in the present." It isn't just a greeting, because the greeting must have good will and intention at its core. I truly want to believe all of this means something.

Momoa's palpable joy when talking about Daenerys truly gives me life. Also, he used the phrase "ALOHA DROGO" again — there has got to be something behind that choice of phrasing.

If you find yourself fortunate enough to have the time to do a deep dive into Momoa's Instagram, you will learn that the man loves his brewskies. In fact, he seems like a really, really, really fun guy to drink with. But, in a photo Momoa shared Oct. 1, he claimed he would have to miss the wrap party for Justice League — which would be full of brewskis — with the statement, "unfortunately I prepare for the north." The north? Like the north where White Walkers are? That could definitely be a thing. Probably.

Maybe these photos and the Comic Con answer are hints. Or, maybe they are simply ways for Momoa to express himself and his GoT love. It does not seem like we will be getting any real answers from the actor other than vague Instagram posts with the phrase "Aloha Drogo." But who knows? Stay tuned friends, as we wait to find out if we're going to get some Drogo Round Two.