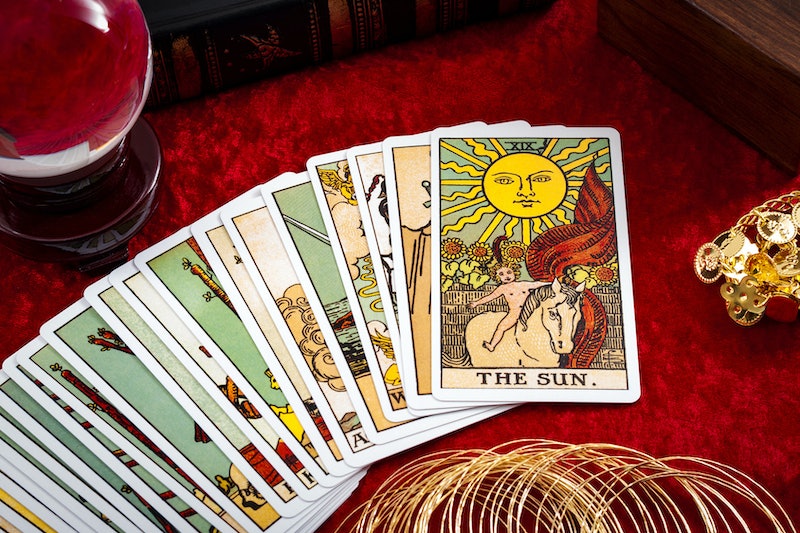 Clairvoyant and star of the E! series Hollywood Medium Tyler Henry says he first felt he had a gift at the age of 10; he claims that shortly before his grandmother, who was sick with cancer, passed away, he could sense that her time was near. Feelings like this are just one of many signs that you might be psychic, if you're someone who's open to the idea of heightened senses and the ability to communicate in other mediums. Henry isn't alone, either; odds are you have someone in your life who has once expressed curiosity in their own potential psychic abilities.

If you believe in the possibility of psychics, you'll be surprised to learn that you can show signs of this gift and not even realize it. That's because the signs, although sometimes bizarre, still often seem relatively meaningless to us. Things that you brush off as weird feelings or thoughts could actually have a much deeper meaning. At the same time, they might not mean anything at all. When I let my dog out this morning, I had a feeling he was going to try to eat a rock. Sure enough, I heard crunching five minutes later. But I won't be sitting down to offer psychic readings anytime soon. (Sorry.)

If you think you might be psychic, and you want to know what to look out for, keep reading for some of the most common signs.

You Experience Deja Vu A Lot

The cause of deja vu is widely researched and debated, and science does have a physiological explanation for it. But if you experience it very frequently? Well, that's often cited as a sign that you have psychic abilities. Strong familiarity with things you've never seen, or that feeling that you've been there before, are clear instances of deja vu.

You Feel Sensations Around Your Third Eye

Your third eye is the space between your eyebrows. If you feel any kind of tingling or pressure, it could be because your chakras are opening up and you're starting to pick up on psychic signals, those who believe in these kinds of abilities claim.

Psychometry is the supposed ability of touching or holding a person or object and being able to sense their history. Tyler Henry, for instance, often asks for a personal item belonging to the client he is reading. He says he uses this object to help "connect."

Your Senses Are Extra Sharp

Are you hearing even the quietest noises? Or maybe you're seeing faint light no one else can, or things in the corner of your eye? People who possess psychic abilities are also said to sometimes have stronger senses in general.

You Have Vivid Dreams

Do you wake up from insanely vivid dreams able to recount the most minute of details? Names, addresses, times, colors? Do you experience the same dream over and over? Do most of your dreams have deep meanings — pregnancy, birth, death, illness, etc.? All of these are thought by many to be signs of psychic abilities.

You're More Sensitive To Negativity

This one can come in many forms. Maybe you start to put distance between yourself and negative people in your life. Or it might be a certain place that you come to avoid. Another possibility is that you simply can't stand to watch the news because you can't bear the negative energy. I mean, to be fair, many of us can't bear the nightly news these days for reasons that might have nothing to do with the possibility of being psychic — but some say that an extra dose of sensitivity to whatever you're seeing or reading about is indicative of something other than just the standard 24-hour news cycle.

You don't just witness other people's emotions — you experience them yourself. This is a hyper-awareness of other people's happiness, sadness, anger, etc. You take on their emotions as your own. You can feel it even if they're on the other side of the country. Is that you? Some might tell you that it's a sign you're psychic.

If you have psychic abilities, you might perceive people differently. Synesthesia, in a nutshell, means your senses kind of get swapped. You might meet a person and for some unknown reason, associate them with a color or a melody or an object. There's science behind synesthesia, too, of course, but it's also often cited as an indicator of psychic abilities.

You Can "Sense" Trouble

Out of the blue, you might be hit with a wave of anxiety, fear, or concern. You get this gut feeling that something is "off" or just not right. You might want to considering following your gut and exploring it further. Maybe you just have good instincts... but maybe it's your latent psychic senses kicking in.

Some people who are exceptionally sensitive experience a special mind-to-mind connection. It's the supposed ability to communicate without having to utter a word, and it's listed as yet another sign of psychic potential.

More like this
3 Zodiac Signs Most Likely To Be The Center Of Attention
By Nina Kahn
These 4 Signs Are The Seductive Sirens Of The Zodiac
By Brittany Beringer
Think Your Partner Is Cheating? These Tarot Cards May Confirm Your Suspicions
By Kristine Fellizar
These 4 Signs Are The Sarcastic Jokesters Of The Zodiac
By Brittany Beringer
Get Even More From Bustle — Sign Up For The Newsletter