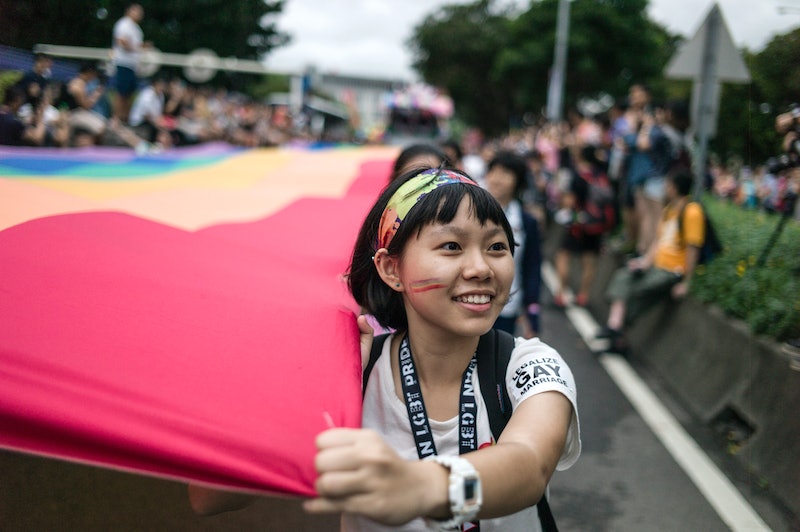 When it comes to the LGBTQ community, positive visibility and representation is so important. One great way people are connecting with others and sharing their stories is through YouTube. For example, there are a number of amazing non-binary YouTube channels where people are openly sharing facets of their life as they navigate their experiences as non-binary identified people.

Being non-binary means different things to different people, but it generally encompasses a feeling that one does not identify with the traditional notions of gender. For some people, being non-binary is part of their gender identity as transgender, but that isn't necessarily the case for everyone; the two identities are not one and the same. It's also good to keep in mind that gender identity and sexual orientation are different things — it is possible, for example, to identify as transgender and heterosexual, or to identify as non-binary and bisexual, or so on. Someone's gender identity does not automatically communicate or dictate their sexual preferences.

One of the reasons I think YouTube is such a powerful way for people to share their stories is because so often, LGBTQ people struggle to find a place in the media. In a community so diverse, it's difficult to feel that you have a voice simply from what is represented on TV or in a book. Social media channels, like YouTube, allow people to honestly describe their own journeys, challenges, and self-investigations and to share that knowledge with those who are searching for it.

Want to feel like you're in the room with someone? Watch Milo's channel and prepare for feelings.

probably sara's channel is genuine to the core, and very accessible.

Jack's channel is super fleshed out, so you can easily spend hours going through the videos on gender, sexuality, and daily life. Plus, this channel is pretty hilarious!

Want to feel like it's your BFF talking to you about their own journey and exploration? Start here.

Have a lot of questions you desperately want answered? This is the page to check out.

Mack documents their journey — including coming out to family members and exploring their own sexual orientation — in a way that is both engaging and accessible.

This is one of the most relatable and educational channels I've found on the topic of queer issues, and is a personal favorite!

Lane's channel is particularly fantastic if you want perspective on broad queer issues, such as polyamory, intersectional feminism, and gender affirming surgeries.