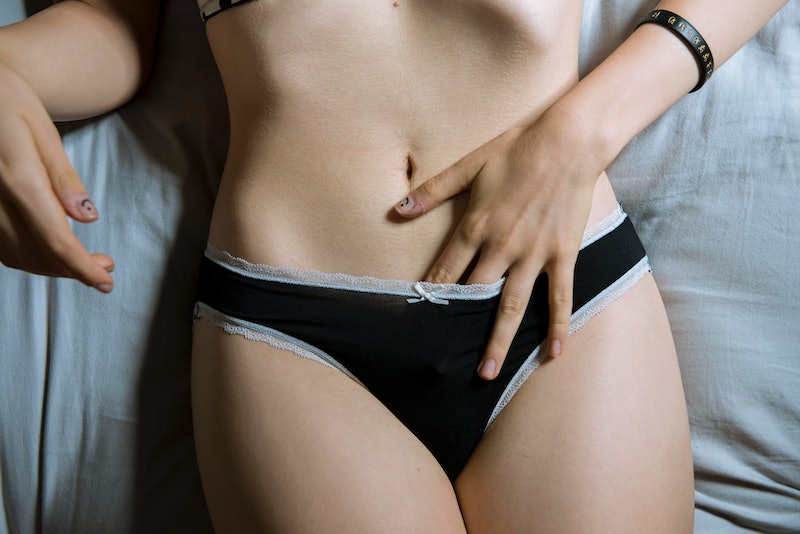 The clitoris is a fascinating part of the female anatomy. Not only because it's simply awesome, but because the only purpose of the clitoris is to provide pleasure. That’s it. Although there are other parts on the human body from which pleasure is derived, they serve other purposes. For example, in addition to giving pleasure, the penis is also part of the reproductive system. And the same can be said about the vagina — it gives us pleasure when stimulated, but also serves a purpose in female reproduction. But the clitoris doesn’t — it’s a renegade in that way. It’s strictly there to make us feel good and that’s that.

It’s also remained a mystery far longer than any other part of the body. In fact, it wasn’t until 2009 that a sonography was able to see just what the clitoris is up to during intercourse. Before that, there were assumptions and guesses, but never any cold, hard evidence. Because of this, the clitoral orgasm probably hasn’t been totally figured out either.

But from what science has been able to discover, when it comes to clitoral orgasms, they’re just as fascinating as the clitoris itself. Here are seven things science has to say about them.

1. The Clitoral Orgasm Is The Most Common Of All Orgasms

Although clitoral orgasms aren’t always a guarantee, of all the different types of orgasms people with vaginas experience, they’re the most common. But first thing's first: you need to find it, if you haven't already.

"It is not uncommon for a woman to have trouble visually locating her clitoris, as it is not a body part that most of us learn about from a young age," Dr. Jess O’Reilly, PhD., host of the Sex With Dr. Jess Podcast, tells Bustle. "We may discover its pleasure capacity by accident, but few girls are actually taught about its name, location, and function as part of their regular growing up routine."

When it is located, it's important to note that for a clitoral orgasm to be achieved 70 to 80% of people with vaginas need direct clitoral stimulation, either with a toy, fingers, tongue, or the right position that hits the sweet spot.

2. The Distance Between The Clitoris And The Vaginal Opening Plays A Big Role

When it comes to the ability to experience a clitoral orgasm during intercourse, the distance between the clitoris and vaginal opening needs to be on the smaller side.

“Research has found that women who have a clitoris that sits closer to their vaginal opening have a greater chance of achieving orgasm than women who have a larger distance between these two body parts,” Holistic Sexologist and Sexuality Educator, Lisa Hochberger, tells Bustle. “The ‘rule of thumb’ states that women with an ideal distance of about one inch (or a thumb’s distance) between their vaginal opening and their clitoris will have a better chance of achieving this form of orgasm.”

3. Clitoral Orgasms Can Last Up To 30 Seconds

While it's not very likely that many of us have timed how long our orgasms last because, well, our mind is elsewhere, according to research, clitoral orgasms can last from 10 to 30 seconds. Based on these figures the average orgasm is 20 seconds — not too shabby at all. Although, let’s be honest, even 30 seconds isn’t always long enough. Forever might be a good compromise.

4. Clitoral Orgasms Vary In Their Number Of Contractions

"Orgasm is well-defined by a strongly stereotyped series of contractions that look the same in men and women," sex researcher Nicole Prause, PhD, founder of sexual biotechnology company Liberos, tells Bustle. "Without the contractions, I would not call it an orgasm."

While your average orgasm can result in three to five contractions, a strong orgasm, one that’s probably blowing your mind, can have as many as 10 to 15 contractions, and happen as quickly as one per second. Wow. Not that many people are going to try to count exactly how many contractions they have every time they orgasm. Although if someone did, then kudos; that's some pretty damn impressive attention to detail while in the throes of ecstasy.

A 2014 study found that people with a smaller clitoris have a harder time having an orgasm than people with a larger clitoris. Researchers of the study conducted an MRI scan of the pelvic area of 30 women, with an average age of 32. Of those who were scanned, 10 had a hard time achieving orgasm. In comparing them with the other women who were able to orgasm more regularly, it was found that not only did their clitoris sit further away from the vaginal opening, as mentioned above, but the actual size of their clitoris was, on average, smaller than the other women in the group.

But it's important to note that the clitoris is more than just the little nodule we see. It's the size of the inner clitoris that affects orgasm as well.

"The clitoris is more than just a tiny nodule at the top of where the labia meet," Dr. Jess says. "That shiny pearl-like structure, which is often referred to as the clitoris is actually only the head of the clitoris. It also has two legs, two bulbs, foreskin, glands, nerves, blood vessels, a shaft, and the capacity to become erect."

6. A Clitoral Orgasm Is Stronger Than A Penile Orgasm

Although trying to compare the two is technically, impossible, if we go by nerve endings, then it’s safe to say people with clitorises have it in the bag when it comes to pleasure. The clitoris has 8,000 nerve endings (or more!), twice the amount of nerve endings in the head of a penis.

7. You Can Run Out Of Clitoral Orgasms

According to research by Dr. Diana Hoppe, author of Healthy Sex Drive, Healthy You , you can reach your maximum of clitoral orgasms — not maximum forever, because that would be sad, but maximum for one sex session. The reason for this is that the clitoris fills with blood and swells when you orgasm. Afterward, it can remain quite sensitive for a while. Then, if you orgasm again, the uncomfortableness can increase. Eventually you get to a point where your clitoris has been so stimulated, that it’s just done and needs a vacation. And considering the clitoris solely exists to provide you pleasure, it deserves one.

That's the tea on clitoral orgasms, so to speak. They may be less common than vaginal orgasms, but they certainly pack a serious punch.

This article was originally published on November 30, 2016