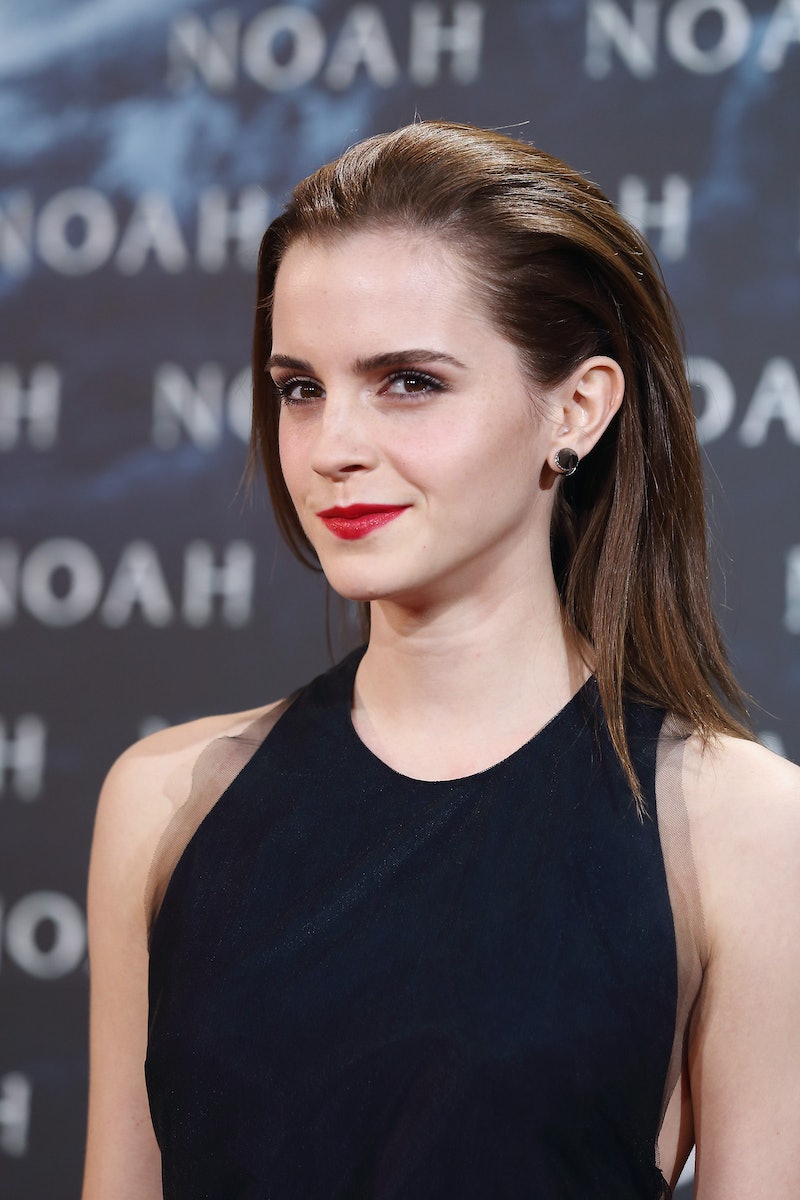 This Friday marks the release of Darren Aronofsky's Noah . While the biblical blockbuster promises plenty of action and fancy effects, there's something much more important about Noah. It features Emma Watson in her latest post-Potter role as Ila, the wife of one of Noah's sons. As for her next big role, Watson is rumored to be in talks to play Ariel in Sofia Coppola's live The Little Mermaid adaptation. If that sounds kind of familiar to you, it should. Ariel is the third Disney princess that Watson has been rumored to portray.

First she was said to be playing Belle in a live version of Beauty and the Beast from Guillermo del Toro, followed by reports that she would star in a live-action Cinderella. It's been a few years and nothing has come of del Toro's Beauty and the Beast, while Downton Abbey's Lily James will actually play Cinderella in a film due out next year. So will Watson's latest princess rumor turn out to be true? It's certainly possible as she has worked with Coppola before in The Bling Ring, but that's not even the question that needs to be asked.

Every time there's supposed to be a live action Disney princess movie, why does Watson's name immediately come up? Because she is a Disney princess come to life. It's true, the same actress who played our favorite feminist role model, Hermione Granger, also embodies the princesses we spent our childhoods obsessing over.

Don't believe me? Here's the proof.

She's Got the Hair

Like Rapunzel, Watson can pull off both long, flowing locks and a more badass pixie cut.

She also looks great in a regal updo.

She Knows How Royalty Should be Treated

Joseph Gordon-Levitt knew the right way to approach Princess Emma, everyone else should follow his lead from now on.

She Can Turn Up the Sex Appeal When Necessary

Jasmine and Emma can both know how to instantly go from innocent to sexy, whenever they feel like it.

She Too Has Danced with a Beast

I'm pretty sure any artist's rendering of Watson and Russell Crowe dancing together would be identical to this Beauty and the Beast scene.

And Is Actually a Great Dancer

Sure, her moves are a little more modern than the animated princesses, but they could use a little updating.

She's Got the Epic Wind-in-the-Hair Thing Down

The image of Ariel on the rock as a wave crashes around her is undoubtedly one of the most memorable ones from The Little Mermaid. In The Perks of Being a Wallflower, Watson proved that she can do basically the same thing (except in the back of a truck) and create an equally unforgettable moment.

She Isn't Afraid to Call You Out

Both Belle and Watson (well, Hermione, but same thing) aren't afraid to call someone out when they're being dumb or rude. No one intimidates them, not even Gaston or Draco Malfoy.

She Isn't Afraid to Beat the Boys

Like Mulan, Watson can show the guys how it's done—and make the guys fall for her in the process.

All of the Iconic Moments

Has anyone been a part of more of our generation's most iconic moments than Watson or the Disney princesses?

There you have it, Watson needs to officially become a Disney princess. She already is one in her normal life, so let's make it official with a movie. Cinderella and Beauty and the Beast let us down, hopefully The Little Mermaid will finally bring Watson the other role she was meant to play.