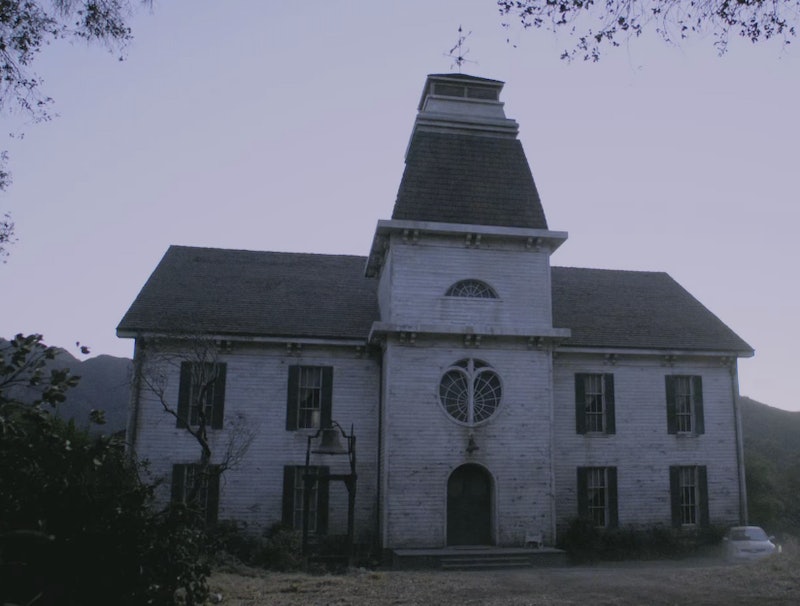 After betraying her daughter during her murder trial, Lee's relationship with Flora obviously suffered on AHS: Roanoke. And in the final act to make amends, Lee offered to die on American Horror Story to give Flora a normal life (ehhhh, you know, as normal as it could be) and save her daughter's ghost friend Priscilla from the Butcher. Despite the fact that fans on Twitter couldn't comprehend why a ghost child needed to be saved by another ghost, Lee's sacrifice was the most selfless thing she did all season — and it certainly didn't hurt that she burned the evil house to the ground either.

Earlier in the Season 6 finale, viewers saw how Lee managed to be found not guilty of murdering a whole bunch of people during Return to Roanoke: Three Days in Hell due to the Polk's "magic weed" — and also how she was acquitted for the murder of her ex-husband Mason even though she had confessed to it on tape. It turned out that Flora had been in the woods with Priscilla when Lee murdered Mason and she testified in court against her mother. But Lee's defense attorney used the existence of Priscilla against the young girl — how mentally stable can this child be if she believed she was in the woods with a ghost? — and Lee was found not guilty.

Flora's relationship with her mother was understandably strained after the trial and so she ran away from her grandparents' house back to Roanoke to be with her colonial friend. Lee returned to the damn house once again, knowing her daughter would be there. When Flora asked to be killed so that she could stay at the house with Priscilla, Lee came up with a more acceptable plan: She offered to stay on the Roanoke land, acting as Priscilla's mom and protecting her from the Butcher. To fully protect the ghost Priscilla though, Lee would have to die.

As the Roanoke house went up in flames (at the request of Flora), Priscilla shot Lee, making her a ghost too. All things considered, Flora's life is going to be pretty messed up, but Lee came up with a compromise to make her daughter leave the haunted house. So while Lee was the original survivor of My Roanoke Nightmare, it turned out that Flora was the true survivor. And hey, like Lee said, Flora can always visit her ghost mom and ghost friend when it's not the Blood Moon.

More like this
Michael & Kathleen Peterson’s House From ‘The Staircase’ Has New Owners
By Kadin Burnett and Kayla Blanton
All The Theories About Kathleen Peterson’s Death
By Morgan Leigh Davies
Justin Timberlake’s ‘Candy’ Character Really Investigated Betty Gore’s Killing
By Brad Witter
Where Is Allan Gore Now? The ‘Candy’ Subject Moved On Shortly After Betty’s Death
By Gretchen Smail
Get Even More From Bustle — Sign Up For The Newsletter