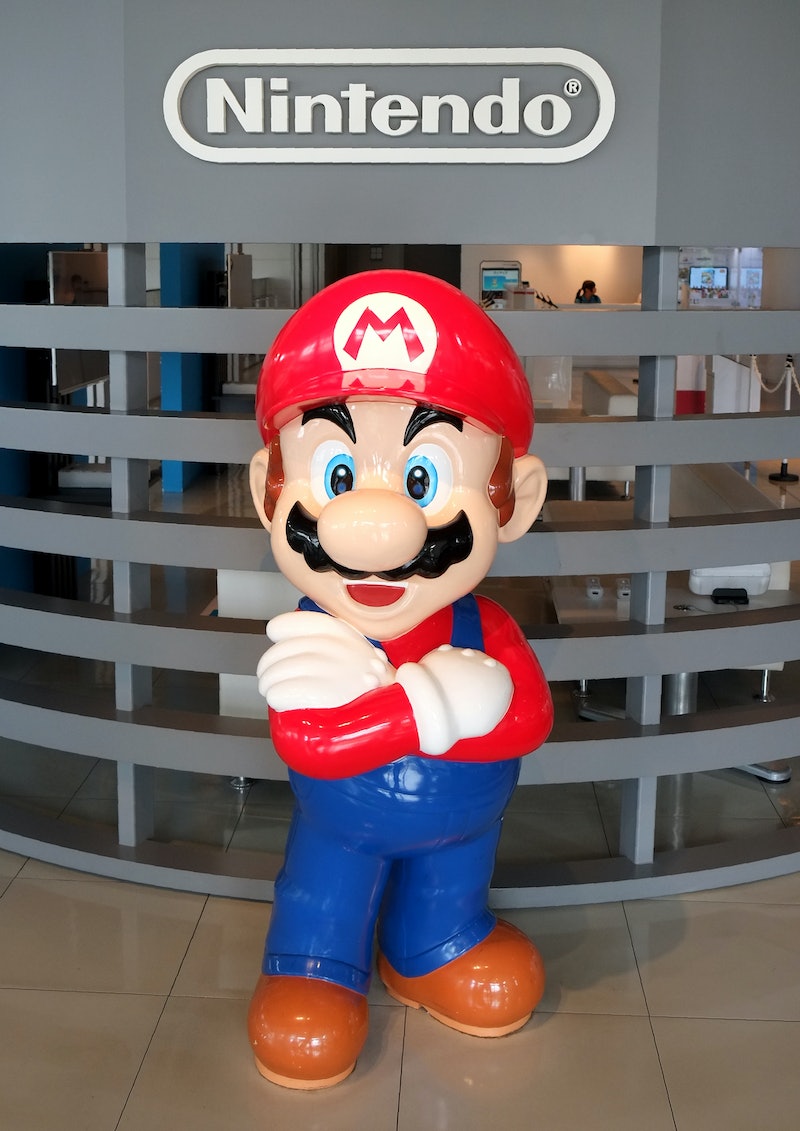 Get ready for some serious '90s nostalgia this holiday season, because Nintendo has finally revealed the Super Mario Run release date for iOS — and you guys, I can't even. As you may recall way, way back in early September (seems like a lifetime ago, doesn't it?), "Father of Mario" Shigeru Miyamoto announced at the Apple keynote event that Mario was coming to iOS in a brand new game called Super Mario Run. While he did not elaborate on the exact release and price details, Miyamoto promised the game would "release in time for holidays 2016."

Two long months have passed since then without a peep, but finally gamers have their answer: The Super Mario Run app will be available for download on Dec. 15, 2016, exclusively on the iPhone and iPad. The game offers a few starter levels for free as a kind of test drive; then, a one-time payment of $9.99 through an in-app purchase is required to unlock the rest of the game. Oh, and did I mention that the entire game can be played using only one hand?

The stylish game is comprised of three modes: World Tour, Toad Rally, and Kingdom Builder. In World Tour, which follows "traditional Mario gameplay" and the backbone of the game, Mario is consistently running to the right of the screen. A tap of the finger makes him jump to collect coins, bounce on a toadstool, or hit one of his famous mystery boxes, similar to the popular 2011 game Temple Run. The longer you tap, the higher Mario jumps, tackling steep inclines and accruing high scores. At the event, Miyamoto added that it will eventually be possible for Mario to change direction and time movements precisely, but the goal is simple: to get as many coins as possible and make it to the flagpole at the end of the level. The player must complete all 24 courses to rescue Princess Peach from Bowser. Oof! I don't know about you, but I'm having some serious '90s flashbacks right about now.

In the battle-style Toad Rally mode, players can compete against friends as well as players from around the world. Simply select an opponent and try to beat their high score on the level by collecting coins and performing "daring moves" to rack up extra points. A crowd of toadstool people at the bottom of the screen cheer on the players as they pull of difficult feats. You can even compare the moves on your run to those of your opponent's simultaneously by watching the "ghost" of their Mario complete the run as you play. When time runs out, the player with the most points wins.

The coins you collect in the Toad Rally challenges are intrinsic for building your kingdom in the third and final mode. Here you can create your own Mario kingdom, complete with Toad followers and buildings and decorations that you can purchase with your coins.

The much-beloved plumber returns just in time to celebrate his 30th anniversary (ugh, I'm old) with another game on a whole new platform. Nintendo has been happy to fuel our '80s and '90s nostalgia lately, releasing the Nintendo mini NES ; additionally, the Niantic app Pokémon Go quite literally took over the world this summer. But Super Mario Run looks like it will be better than Ring Pops and JNCO jeans combined!

Be sure to download Super Mario Run for iOS on Dec. 15 and try it out for yourself. The Android version will be coming to phones near you in 2017!