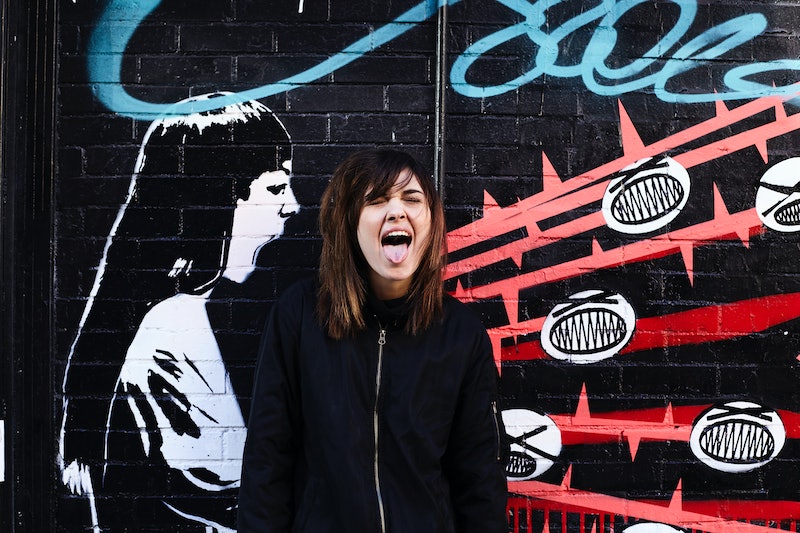 Hi, friend. It's been a rough couple of weeks, hasn't it? As a woman — and a proud feminist one at that — I'm right there with you in feeling somewhat despondent post-election. But, channeling my feminist fighter spirit, I've pulled myself together to compile a few ideas on how to keep your feminist momentum during Trump's presidency. After all, let's be real: it's not going to get any easier. In fact, it will probably get a lot harder in the near future. That's why carving out a space in the world for conversations like this one are important. There's strength in numbers, as they say, and solidarity provides a proverbial shoulder to cry on in the absence of any actual ones in your own life (because this election has been polarizing AF).

In the past five years alone, we've accomplished things our feminists predecessors could only dream of achieving. Things like the adoption for the ILO convention on decent work for domestic workers, most of whom are women. Or the fact that Malala Yousafzai was awarded the Nobel Peace Prize. With the airing of the Netflix original series Orange Is the New Black, Laverne Cox became the first trans woman of color to score a leading role on a mainstream scripted television show. Or, hey y'all, how about the fact that we just saw the first female presidential nominee of a major party? Not only that, but more people voted for Hillary Clinton for president than for any white man in history.

So, yes, it's important to keep that momentum going, even in the face of mounting adversity. Having said that, listen — it's OK if you need a minute. Women, people of color, LGBTQ people, Muslim people, immigrants, and so very many more suffered a great loss with the election of Donald Trump, and it's become increasingly clear that Trump's incoming administration pose a very real threat to all of the progress we've fought for throughout history — and all the progress we still have yet to achieve. Mourn. Be in your feelings. And when you're good and ready, get up, dust yourself off, and join the rest of your fellow feminists to fight the good fight. Here are a few ways to do so.

Focus on the people Trump's presidency will make the most vulnerable

The rights — and, likely, the freedom and lives — of immigrants, people of color, Muslim people, and people in the LGBTQ community will be threatened over the next four years. Not may. Not possibly. They will. In fact, they already are being threatened, and Trump doesn't official become POTUS until January — everything from appointments like Steve Bannon to the normalization of white nationalism are causing severe negative impact right now. So volunteers with organizations whose mission is to protect and defend marginalized groups, and go from there.

Use downtime to educate yourself

When the world gets a bit too hostile to even try to engage in the hard conversations, take a breather from the vitriol to bone up on current issues that are inextricably linked to feminism — think the wage gap, rising childcare costs, the Black Lives Matter movement, transphobia. Opponents will try to pick apart everything you say, and the more well-versed you are in the issues your advocating on behalf of gives anti-feminist people fewer opportunities to try to explain away feminist issues.

Whether it's being told you're "too pretty" for something or listening to someone tell an offensive "joke," call it out. To be silent is to be complicit, and to be complicit is to allow this sort of behavior to thrive. Eventually, it grows up to become overt sexism, rape culture, xenophobia, and so on. It can be hard to have these conversations with loved ones especially, but it's even worse not to have them.

Learn from other feminists

Especially feminists who came of age during a different era — be it your mother, your grandparents, or a family friend. Soak up the wisdom they have to offer about suffering through trials and tribulations. Realize that many older feminists grew up before Roe v. Wade and, some, during a time when women voting still felt novel.

To your representatives on a local and state level. To members of Congress. To the president himself. The pen is mightier than the sword, and your words can be one of your most valuable weapons in the fight against misogyny. Pen your thoughts on sexist behavior, letting the recipient know you won't stand idly by while people are marginalized and their unalienable rights are infringed upon.