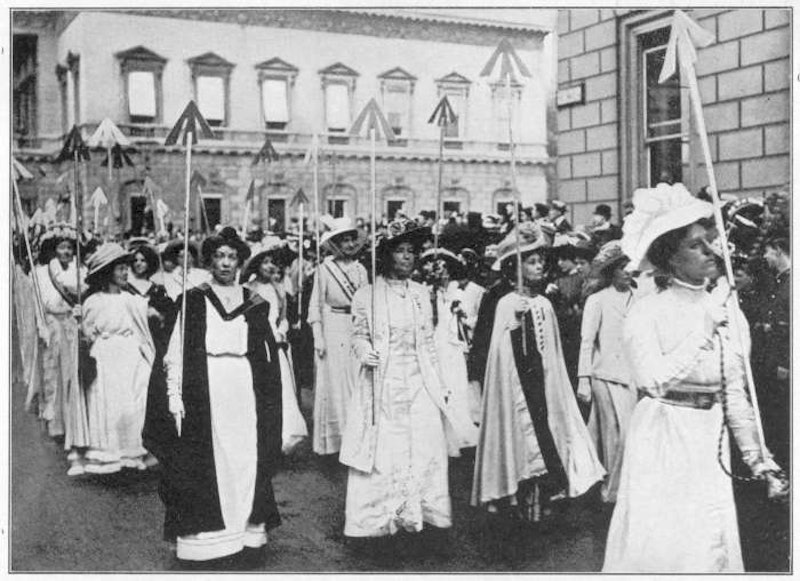 We may soon get an exciting addition to the 19 Smithsonian museums in Washington, DC: An eight-member Congressional panel has laid forth a plan for the American Museum of Women’s History, which would spotlight women's contributions to the country. Its proponents plan to introduce it to Congress within the next few months, and if they get approval, it should open within the next decade. Given how many important moments in history schools tend to skim over, it won't come a moment too soon.

We often hear about how men were responsible for most of history because women weren't permitted in leadership roles or how women's contributions were important because they supported men as wives and mothers. But the truth is, despite the oppression they faced, women played a bigger role in history than many people realize — and not just as wives and mothers. To the contrary, women started companies, fought in wars, made scientific discoveries, and led movements.

"It’s long overdue, and DC visitors deserve to be inspired by stories of women,” U.S. Rep. Carolyn B. Maloney said when she took the proposal, according to the Washington Post. “It will speak to the world, making it known that Americans value women, equality and the significant contributions of women throughout our history." She added that she was hoping to time the announcement with the election of our first female president, but since that didn't happen, she felt it was more necessary than ever.

Here are just a few moments in women's history that prove how much this museum is needed — because men aren't the only movers and shakers shaping history.

In 1848, after being prohibited from speaking at an abolitionist convention, Lucretia Mott and Elizabeth Cady Stanton organized the United States' first women's rights convention, which was attended by three hundred people at the Seneca Falls, New York Wesleyan Chapel. It's often considered the beginning of the first wave of feminism and the suffrage movement that led to the passage of the 19th Amendment in 1920.

Delivered at the Women's Convention in Akron, Ohio in 1851, this speech by abolitionist Sojourner Truth was one of the earliest and most famous calls for women's rights in the United States. It's also an interesting event in history because there are so many different recorded versions of it. Here's one from T he Anti-Slavery Bugle , though, to give you a sense of how powerful it was:

I have as much muscle as any man, and can do as much work as any man. I have plowed and reaped and husked and chopped and mowed, and can any man do more than that? I have heard much about the sexes being equal. I can carry as much as any man, and can eat as much too, if I can get it. I am as strong as any man that is now.

The Founding Of Ms. Magazine

While we now have a number of feminist publications to read, Gloria Stienem was starting something new when she founded Ms., which was originally part of New York Magazine. It was the first magazine owned, operated, and created solely by women. Its title promoted a term that came to signify women's independence, and its pages told and continue to tell stories that mainstream media didn't cover.

Though this court decision was announced in 1973, it's still extremely relevant today, if for no other reason than that our president-elect opposes it. It also has a rich history, from the underground abortion providers who stepped in while states could still outlaw abortion to the people who faught tirelessly for reproductive rights and continue to do so as states limit them.

Though Hillary Clinton didn't win the election, she did make history by winning the nomination for the Democratic presidential candidate and getting more votes than any past presidential candidate besides Obama. She let other women and girls know that running for president is possible, and that's a moment in history worth commemorating.