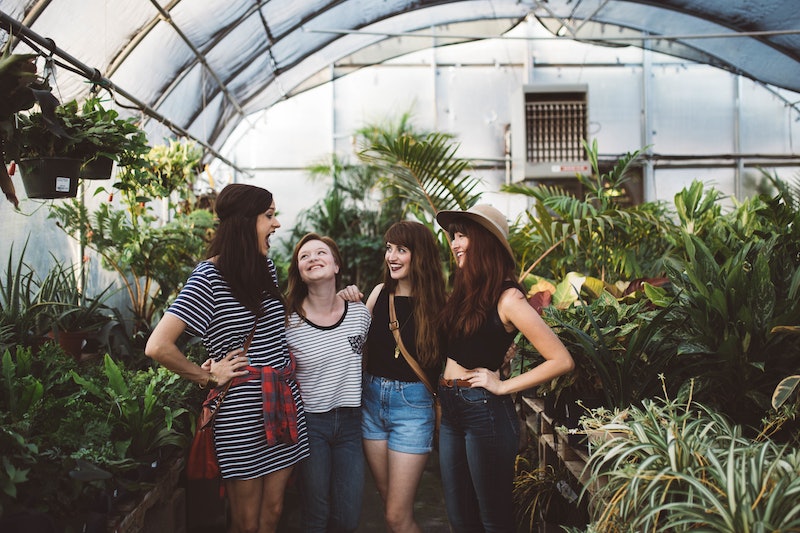 Almost immediately after the 2016 election results were in, women started tweeting, posting, and talking about how important it is to get on a long-term birth control option before the Trump administration is inducted on January 20. Specifically, doctors and many organizations were pointing to the fact that Trump has vowed to repeal the Affordable Care Act (Obamacare), which provides millions of woman with birth control at little or no cost to themselves. There’s also the specter of Planned Parenthood getting defunded, which Trump waffled on throughout the campaign.

All of this combined has many women wondering if their current birth control choice will hold through a Trump-Pence administration, not to mention the longer term effects of some of the anti-choice policies they might implement. While it’s easy to feel helpless right now as we wait to see what the new administration will do when it comes to our reproductive rights and health, there is one move you can make that will make a difference: Talk to your friends about long-term birth control options.

“We talk to our friends about most things in life,” Dr. Logan Levkoff, Ph.D., sexologist and sexuality educator, tells Bustle. “Already we probably talk to our friends about birth control more than we talk with our partners about birth control, if we have partners. So it’s a natural extension to talk about, ‘What are your plans for the future? What, if anything, does this potential administrative change mean for what you’re going to do moving forward?’”

Start Off The Convo With This

And those conversations can also be as simple as talking about what birth control methods you use — and how you pay for them. Do you take the Pill? Is the cost covered by Obamacare? What options might you have if it’s repealed? Have you gotten an IUD? How was the insertion process and how much did it cost?

Dr. Levkoff points out that this is a conversation that has come to the forefront for a lot of us as a result of the election, but it’s one we should be having regardless of who is in the White House. “Talking to your friends about not just long-term contraception but long-term fertility plans is a really important conversation to have, regardless of the political climate,” Dr. Levkoff says. “The fact is, the importance of this hasn’t changed. It’s just that now there’s a sense of urgency because the fact is, we don’t know how accessible contraception is going to be after January.”

But what exactly do I mean by long-term contraception anyway? In this case — by which I mean things that people can do now and won’t have to do during the Trump-Pence administration — I'm talking about long-acting reversible contraception (LARCs). These include the implant, which lasts up to four years, and an IUD, which can last from three to 12 years, depending on which type you get.

What Do Doctors Recommend?

“If women need or choose long-term birth control, I recommend the Paraguard IUD (the copper non-medicated one) — it’s one of my favorite choices because it doesn’t interfere with women’s hormones,” Dr. Prudence Hall, MD, tells Bustle. “I also recommend condoms, as there are no hormones and it protects you against STDs as well as pregnancies."

Dr. Levkoff also recommends condoms, pointing out that “dual use for contraception is always the best decision.”

So, what are your plans for long-term contraception under the Trump-Pence administration? Figure it out — and then go talk to your friends about it.

More like this
The Best Time To Date After A Breakup, According To Experts
By Bustle Editors
What Is The Forest Personality Test? The TikTok Trend, Explained
By Georgina Lawton
Hinge's New NFAQ Feature Is Demystifying Queer Dating
By Emma Carey
The Top Mistakes Scorpios Make In Relationships (& How To Avoid Them)
By Nina Kahn
Get Even More From Bustle — Sign Up For The Newsletter