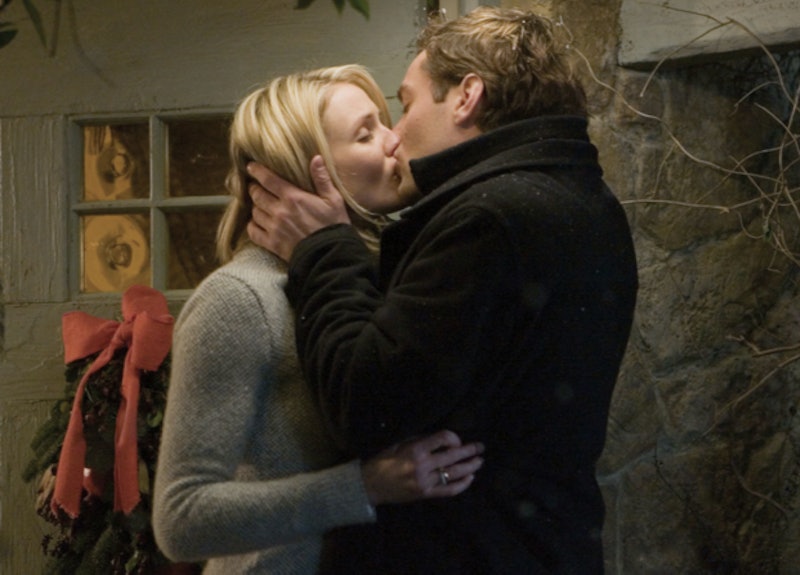 There are some Christmas movies that have to be watched every year, and The Holiday is definitely one of them. While Love Actually tops some people's lists when it comes to all-time favorite holiday films, The Holiday will help you get into the Christmas spirit much quicker. If you've never seen it, it follows Cameron Diaz and Kate Winslet as they switch houses over the holiday season to escape their disappointing love lives. Jack Black and Jude Law provide the comedy and the eye candy, and the movie is both heart-warming and life affirming. And The Holiday is better than Love Actually for several very important reasons.

As a Brit, I have a soft spot for Love Actually, but, since its release in Nov. 2003, I've come to realize what an incredibly sad movie it is, and I'm incapable of overlooking that anymore. While life is sad, and movies might be trying to reflect the world that we live in, Love Actually features some devastating plot lines. From Alan Rickman's affair, to Laura Linney's disappointing hook-up with her office crush, Love Actually breaks my heart every time I watch it. And this is just one of the many reasons that The Holiday is better than Love Actually.

Written by Nancy Meyers, it's no wonder that The Holiday is endlessly endearing. The writer and director is responsible for some of the most iconic romantic comedies of all time, including 1991's Father Of The Bride, 2009's It's Complicated, and 2015's The Intern. The director always features incredible properties in her movies, leading her body of work to be dubbed "lifestyle porn". The Holiday is no exception, as it focuses its attentions on two impressive houses — one in Los Angeles, and the other just outside of London, England. The two locations couldn't be more different, and that's one of the reasons The Holiday is so fun to watch. There's a real culture shock experienced by the two lead characters, Winslet's Iris and Diaz's Amanda. Watching Diaz navigate the snowy English countryside in high heels is a wonder to see.

As a female-led story, with Meyers as writer and director, The Holiday is especially exciting. Comparatively, Love Actually 's plot tends to drift towards its male protagonists, with women often delegated the role of love interest or ailing spouse. Featuring characters played by Hugh Grant, Colin Firth, Liam Neeson, Andrew Lincoln, Bill Nighy, and Alan Rickman, it's easy to see why the movie is so popular, but The Holiday does something that Love Actually doesn't. It unapologetically puts its female characters first, and that's refreshing in the male dominated entertainment industry.

By focusing on the talents of Winslet and Diaz, The Holiday becomes incredibly fun to watch. And the plot of the movie is so interesting because it's about two single women rediscovering who they are, distancing themselves from unsuccessful relationships, and learning to have fun by themselves. Sure, Law and Black turn up to make things even more interesting, but at the core of the film is an empowering message that women can survive without romantic relationships. Even when the characters explore new love interests, they do so on their own terms, and that's important. Instead of feeling obligated to make a bad relationship work, or pandering to an ex who keeps them hanging on, the women in The Holiday are unashamedly self-sufficient, successful, and learn to let go of things that no longer serve them.

Love Actually will always be a classic, but The Holiday is a way more uplifting movie to watch this holiday season.