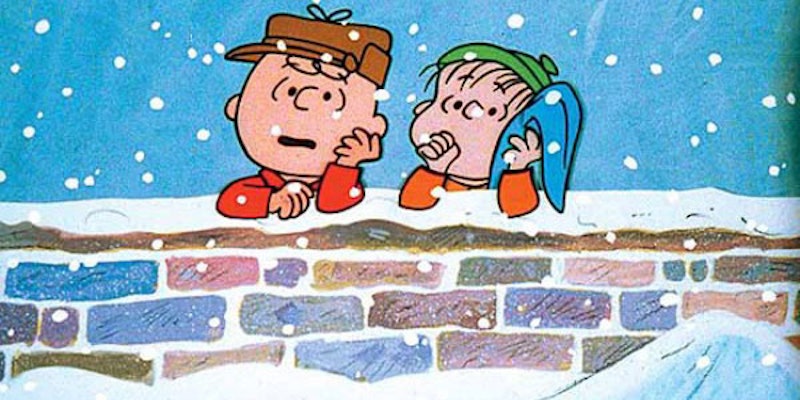 As a kid, I always looked forward to winter, with its ice skating, holiday festivities, and snuggling under a warm blankets. But the best part of all was the possibility of a snow day in the '90s. I spent many winters of my childhood praying a few flakes would turn into a blizzard, because the things all '90s kids did on a snow day definitely made them the highlight of the season. A school closure due to weather was just as good as a holiday; it meant no math tests, no waking up early, and no planned activities.

Words can't describe the elation I felt every time my parents received a call or heard on the radio that school was cancelled. As badly as I wanted to go back to sleep, I was always too excited thinking about how to spend the unexpected free day ahead of me. For adults, piles of snow outside means lots of layers and a hellish commute, but for kids, they spell freedom — at least for East Coasters! Those who grew up in places like Southern California or Florida will probably have no idea what I'm talking about... but honestly, I can't feel that bad for you if you live in a place where it never dips below 60 degrees outside.

As November turns to December, strap on those Moon Boots, don your brightest snowsuit, and breka out the Freaky Freezies as we take a chilly walk down memory lane. If you grew up in the '90s, you probably did quite a few of these universal snow day activities.

1. Trying To Go Back To Sleep

If school was cancelled in advance, it was easy to hit snooze on your alarm clock and sleep in, but snow days were often an unexpected surprise. Sometimes you would already be dressed and ready to rush out to catch the bus when the name of your school finally came on the radio or scrolled across the chyron on the local news. Back then it seemed like a gift mixed with some sort of cruel joke — especially if you had actually studied for that day's scheduled quiz. You could try to salvage the situation and go back to bed for another hour or two, but instead, you would lay in bed, filled with excitement, thinking of all the fun ways you could spend your free day. So much for extra shut-eye.

2. Watching Kid's TV ('Cause It Was The Only Thing On)

If your warm, cozy bed didn't have the desired affect, the next best thing would be to catch up on some TV in your flannel PJs. You would cruise through the channels, looking for an episode of the Power Rangers, Animaniacs, Rugrats, Hey Arnold!, or even Xena: Warrior Princess, but daytime television was often a disappointment. Most channels were dominated by news, soap operas, or programming for toddlers. Though you were a little too old by then for Lamb Chop and Mister Rogers, sometime these shows were your only options (especially if you were too young for Jerry Springer). These kids' shows were as comforting as a cup of hot cocoa, and made you feel nice and cozy — though you would never admit to your friends that you actually watched them! Blech!

As your parents repeatedly told you, a pastry meant to taste like a S'more does not count as breakfast, so you would start your day off right with a bowl of cereal... which probably also tasted like S'mores. Heck. And yes.

4. Shoveling The Driveway And Complaining About It

With a long, open day stretching out ahead, the parents wanted to get you out of the house to work off some energy, and this necessary chore was the perfect solution. It seemed almost sacrilegious disturbing the perfect blanket of sparkling white powder, but in order to get the car out of the driveway, you needed to get to work. After five minutes of fighting the wet snow, you would already be sweating in your neon snowsuit and wooly mittens, begging to come back inside.

However, those with a more entrepreneurial spirit would go door to door with their plastic shovels and clear the neighborhood driveways for $5 a pop. A heavy snowfall and a willingness to spend your free day doing manual labor could spell piles of cash for kids in the '90s — even enough to buy the latest Legend of Zelda title for your Super Nintendo.

After you cleared the walkway and driveway, the towering piles of snow created by your shoveling were practically begging to be turned into snowpeople. You would arduously gather the snow together in three balls of differing sizes and stack them on top of each other. In order to truly bring the snow to life, you had to run inside, dripping all over the floor, to gather the proper attire. A carrot nose, a hat, scarf, and coal (or Oreo cookies) for the snowperson's eyes and mouth were the perfect finishing touches. No matter how hard you worked on your creation, though, they never turned out as cool as the ones in your favorite Calvin and Hobbes strip. Oh well.

Before "mobile gaming" was associated with iPhones and laptops, the Game Boy was king. If you were a truly lucky human, you might have even received a Game Boy Color in "atomic purple" over the holidays, and wanted to spend every second playing it. After your fingers defrosted, you could take an hour or two to relax and dedicate some time to leveling up in Kirby's Dream Land or Pokemon Blue.

When everyone is home on a snow day, it's hard to get privacy — especially when your bedroom door doesn't lock. The only answer is to stack up the couch cushions and make your own secret clubhouse. You and your siblings would hang out in the cozy blanket fort reading Goosebumps books, eating roll after roll of Fruit By The Foot, snuggling with your stuffed animals, or coming up with a secret password.

Wait. Why don't we make blanket forts anymore? Because seriously, you guys. They are the best.

8. Leaving Your PJs On For Most Of The Day

This goes without saying.

When it was too snowy to drive to the movie theater or a video rental store, you could always pop in a VHS. Whether you wanted to watch an animated Disney film, an romantic epic like Titanic, or a teen comedy like Clueless you had a movie for every occasion and watched them over and over — often until the tapes actually broke.

10. Waiting To Tape That Song Off The Radio

Today you can listen to any song you want off the internet, but back in the '90s, a snow day was the perfect time to work on your latest mix tape. if you didn't have money for the latest CDs, you had to sit next to your boombox with a tape recorder, waiting for the DJ to play your song. It could take hours, but by the time you finally captured the tune, at least you learned a lot about music.

11. Playing Board Games With Your Siblings

If your parents complained that you were spending too much time in front of the TV, you would be forced to play a board game and use your (gasp!) brain. There were so many great ones to choose from — Jumanji, Guess Who, Grape Escape (because nothing is more fun than squashing little clay grapes), or perhaps Splat (again with the squashing of clay), Mouse Trap, or maybe chess... if you were into that kind of thing.

12. Burning Your Mouth On Hot Cocoa

There was nothing quite like a cup of hot cocoa to warm you up on a chilly winter's day. But even this simple treat presented a difficult conundrum: Wait to drink the hot chocolate and the mini marshmallows would melt, but drink it while it was still hot and you'd burn the top of your mouth. It's a Catch-22, your teenage sibling would say with a wry smile — whatever that meant.

A snow day was the perfect time to catch up on reading and that overdue book report. Not!

There was only so many times you could write your name in the window fog before boredom officially set in. When the snow was too heavy to go outside, there was nothing to do but sit and wait.