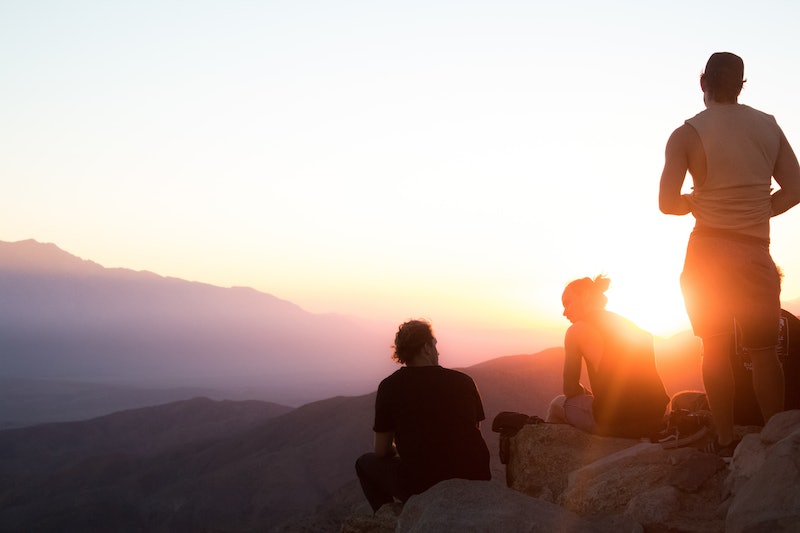 By definition, misogyny is directed at women, so it's easiest to see how it hurts them. To put it simply, however, misogyny is bad for everyone, even if it's not always apparent at first. The patriarchy is set up to benefit men — well, as long as they're straight, white, and cisgender — in many ways; not only are they paid more and better respected, but "male" is also seen as the "default" gender by our culture as a whole. This caused many early feminists, as well as some in the present day, to question whether men had a place in the movement for gender equality, because they don't experience oppression on the same scale that women do in a patriarchal society.

On the other hand, though, sexism affects everyone — just in different ways. Although women have to deal with the pay gap and street harassment, men are taught to repress their emotions and discouraged from admitting to trauma like sexual assault. It's safe to say that women and non-binary people are more disadvantaged by the patriarchy, but ultimately, everyone is limited by gender norms. That's why — and this is said often, but still hasn't lost its meaning — we all need feminism. Here are five ways misogyny hurts everyone.

Much of misogyny stems from the way the patriarchy assigns values to gendered characteristics. Masculinity is prized, while femininity is devalued. That's how you end up with phrases such as "like a girl" being used as an insult, or the stereotype that gay men are weak and delicate. Women, of course, are expected to be feminine, which only contributes to the thinking that they're inherently inferior. Men are particularly scrutinized for displaying any signs of femininity, and when they do, they're mocked or punished. Non-binary people are erased entirely. Everybody loses.

It Contributes To Rape Culture

Rape culture is usually discussed in terms of women, but misogyny also influences its effect on every gender. As discussed above, misogyny contributes to the devaluation of femininity, and sexual assault is seen as something that happens to women, not men. This is one of the many factors causing the stigma surrounding male victims of sexual assault — something that is only recently starting to dissipate. It's also worth noting that transgender people, whose gender identities tend to elicit reactions that speak volumes about gender norms, are at an incredibly high risk for sexual assault.

Misogyny influences LGBTQ stereotypes in several ways. Male homosexuality is seen as inherently feminine, which is why so many stereotypes about gay men associate them with "ladylike" activities or make them out to be weaker or flightier than straight men. Lesbian stereotypes, on the other hand, work on the assumption that women are confused or secretly want to be men — because who would want to be a woman

It Excludes Transgender Women From Feminism

Have you ever heard someone say that a transgender woman doesn't "count?" It's a surprisingly common opinion even among the feminist community. There's even an acronym for feminists who feel this way: TERF, or trans-exclusionary radical feminist. You'd think it would go without saying, but it's worth noting that transgender women are women, and they deserve support just like anyone else, especially given the rate at which they experience violence. All women are women.

Gender norms begin influencing people from birth. Even when raised by feminist parents, children are exposed to the effects of misogyny at school, on the playground, and pretty much anywhere else they go. Research has shown that preschool teachers' perceptions of gender influences their students' choices during free play, and by now, everyone has heard that gender norms affect children's interests. Girls are discouraged from showing interest in masculine pursuits, and boys are discouraged from showing interest in feminine ones.

But there's a silver lining: In 2016, feminism has made efforts to include everyone — women, men, and all the people in between. It's slow progress, but at least we're getting somewhere.

More like this
25 Quotes About Love To Share During Pride Month 2022
By Madeleine Aggeler and Emma Garza
Sandra Bullock, Girlboss Extraordinaire
By Matt Harkins & Viviana Olen
Meet The Spice Company Founder Who Sees Chai As A Metaphor
By Madhuri Sathish-Van Atta
10 Times Boris Johnson Got It Wrong On Trans Rights
By El Hunt and Sam Ramsden
Get Even More From Bustle — Sign Up For The Newsletter