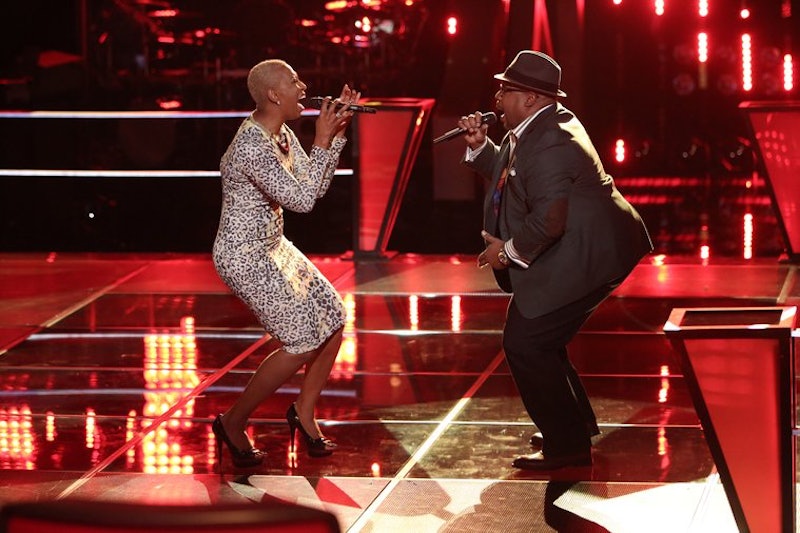 Woo, Tuesday night’s Battles: Round Two were hot hot fire. Oh, how do I feel about the new round thing? I can dig it. I think it's a fun, not gimmicky way to keep The Voice fresh (and Chris Martin is an excellent advisor. Wait. WAIT. I just remembered something! A couple of months ago, I totally suggested all of The Voice teams share the same advisor. I basically called it. I know this show so well. Sure, I requested that single advisor be the one and only Cher, but still. I WAS SO WARM). As I was saying, the second night of Battles: Round two was incredible. Three top notch performances. Shoot, I am so stoked for this season.

When Sisaundra Lewis and Biff Gore of Team Blake selected their Battle song, my entire body seized up. Why? Because out of the three potential songs, they picked “It’s a Man’s Man’s Man’s World.” Don't get me wrong, I wasn’t at all worried as to whether or not they could handle the song (Spoiler alert: they handled the song.), but “It’s A Man’s Man’s Man’s World” is a ballsy, no-nonsense choice. A choice that could lead to only one of two results: 1) an absolutely spectacular performance, or 2) a crushingly disappointing performance. No middle ground.

No words. I get chills every time I watch it. And before Judith and Karina, there was Juliet Simms:

"Are they going to somehow outdo Juliet and Judith and Karina?!?!" I mumbled at the TV screen while Biff and Sisaundra rehearsed. "I don't know if I can handle chills on chills on chills."

I took a deep breath. I prepped for the performance. I grabbed the arm of my sofa for support. Sisaundra and Biff took the stage. And they began: 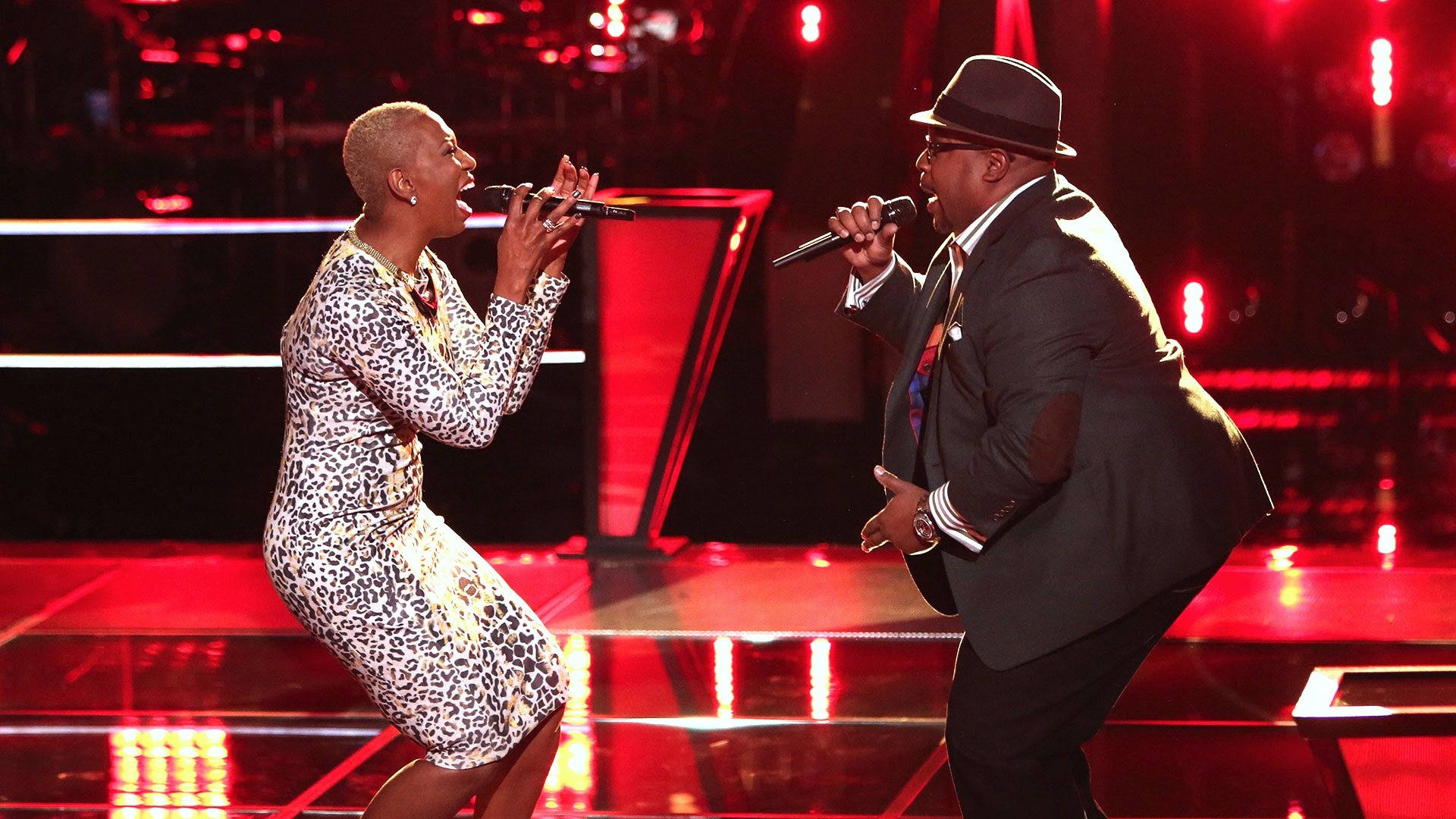 Oh my god. This is how you decide to kick off the show, The Voice? You hit me with an epic performance like that and expect that I won't be passed out the ground for the remainder of the episode?

Fortunately, I was able to pull myself together and watch the rest of the Battles. BUT OH MY GOD.

I snapped out of my state of euphoria when coach Blake Shelton sent Biff home. Oh right, I thought. This is a competition, not a concert. Dangit.

NEXT MONDAY NIGHT: THE LAST NIGHT OF BATTLES: ROUND TWO!