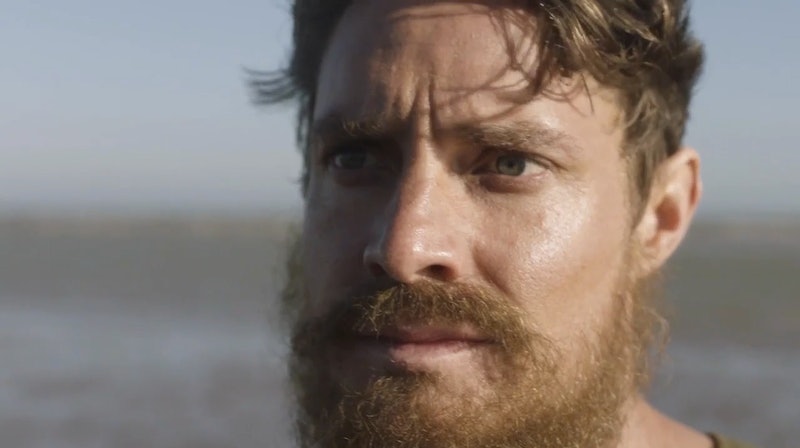 Although the #KingLiam movement continues to gain momentum, the throne belongs to a different heir since the Season 3 premiere of The Royals showed Prince Robert is alive. Of course, Royals fans already figured the oldest child of Helena and Simon was alive from the Season 2 finale — and the fact that Max Brown was cast as Robert in June — but it was still exciting to see Liam and Eleanor's sibling alive and (kind of) well. Yet, while you would think that Robert would want to be saved from the desert island he appears to be on, Robert hid when he had the opportunity to be discovered. So why is Robert hiding on The Royals ?

After two seasons of watching The Royals, you already know that the E! show's version of the British palace isn't the healthiest of places to have grown up in when you have a mom like Helena and an uncle like Cyrus. And even though Eleanor and Liam have described their brother as being pretty perfect, he's obviously damaged as the Season 3 premiere, "Together With Remembrance of Ourselves," highlighted.

From the very first episode, The Royals said that Robert died in a military accident and it was later revealed that Brandon Boone was ordered to shoot down Robert's plane when the prince was in the line of duty. Since then, Robert has been living like Tom Hanks in Cast Away in a remote place with an epic beard. So when Robert saw lights out in the ocean during the Season 3 premiere, he was genuinely happy to have been found. Yet, he hid from his potential rescuers when he remembered what was written on his helmet — HRH R. Henstridge. The end of the episode showed him removing the "HRH," which stands for "His Royal Highness."

It was a little heavy-handed, but this move proved that Robert wants nothing to do with his royal responsibilities. While he doesn't want to be stranded on an island anymore, it seems he doesn't want to have to return to the palace and be the king. And actually, since Robert doesn't know that his father is dead, he is just rejecting being the prince and heir to the throne without even knowing that if he is discovered, he would replace Cyrus as king.

Since Robert has a flare gun and the above trailer for Season 3 shows him using it, I think it's safe to say that he will return to the palace. Because even though he took the "HRH" off of his helmet, there's no way people won't know he's Robert — after all, the rest of the helmet still indicates that he's a Henstridge. Yet, it's really telling that he'd rather continue eating raw fish on an isolated island rather than be saved and identified as the prince.

Although he could be king if/when he returns, his actions prove that The Royals might go in another direction with Robert abdicating the throne. Since I feel confident that Helena will somehow manage to prove that Liam and Eleanor are actually Simon's children eventually, Robert could come back and reject his role as king and give it to his younger brother. This isn't unheard of as Edward VIII abdicated the throne after being king for less than a year. His younger brother George VI (Queen Elizabeth II's father) became king after Edward's voluntary abdication, as another TV show — Netflix's The Crown — has covered.

Based on Liam's memories of his brother, it seems that Robert would make a great king, but that doesn't appear to be what he wants. So even when Robert does return, King Liam could still become a reality.