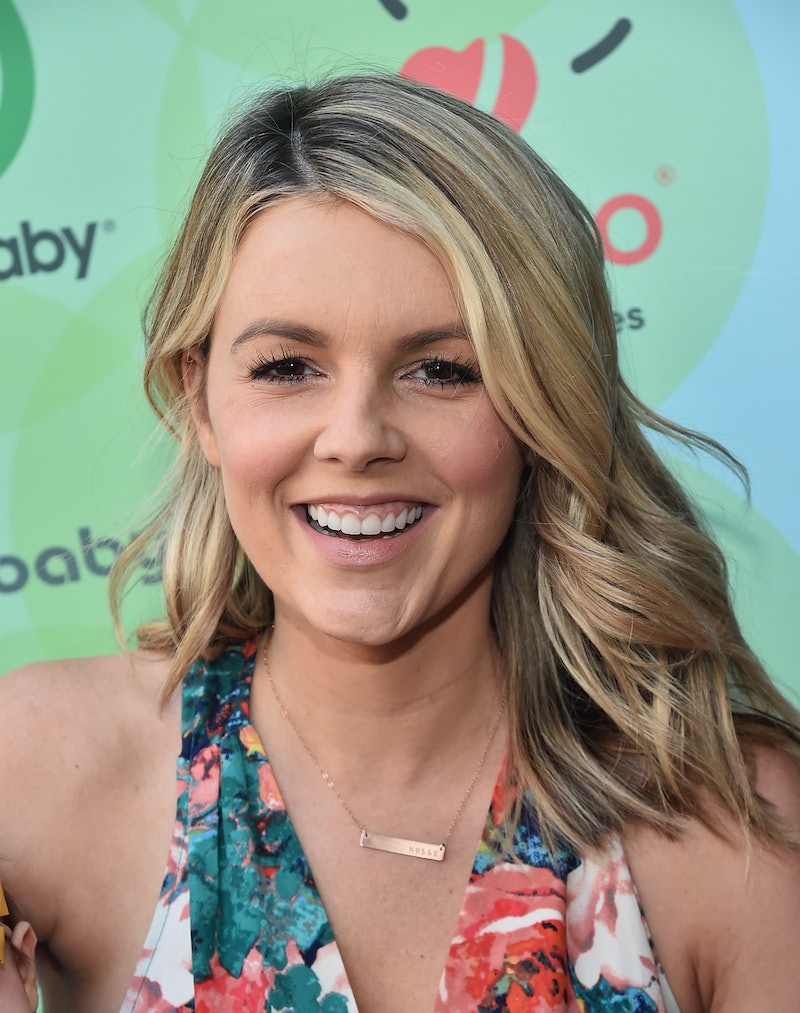 While we wait for their reality television debuts, we will have to check out these cuties on their parents' social media accounts. 2016 was the year of the Bachelor Baby Boom, that's for sure. Some of the babies are from couples who met on the some, while others are from reality stars who moved on with other people after their time on TV. And with even more people joining the Bachelor family each year, that means that there will be more people having babies in the years to come, or at least I hope so.

Who knows what's in the future for this babies. Maybe they'll follow in their parents' footsteps and do reality TV, maybe some of them will become friends, or maybe they'll go completely against their parents' path and stay totally private.

Check out the Bachelor alums who had babies this year below. All of them would get roses if they were given out based on cuteness.

If there's one baby born this year who has a shot at becoming a Bachelor star in the future, it's Sean Lowe and Catherine Giudici's son, Samuel. I mean, he's already been on After Paradise with his parents, so he has a leg up on the other other babies.

Ashley Hebert and JP Rosenbaum added a daughter to their adorable family in November. Their baby girl, Essex Reese Rosenbaum, has her eyes closed for most of mom's Instagram posts, but I don't blame her. I'm sure it's exhausting to be a member of Bachelor Nation's next generation.

Ali Fedotowsky gave birth to her daughter, Molly Manno, in July, and she already looks like a natural holding a rose.

We saw Desiree Hartsock's bump when she appeared on JoJo Fletcher's first Bachelorette episode to dole out advice and now the reality star has a new baby! Desiree gave birth to her son, Asher Wrigley Siegfried, in October.

DeAnna Pappas gave birth to her son, Austin Stagliano, back in March and he is all over his mom's Instagram page this year. He even has his own hashtag in her posts: #BabyStag. He's already killing it on social media.

Former Bachelorette star Emily Maynard gave birth to her third child in September. The birth of her son Gibson means that Emily and her daughter, Ricki, are now outnumbered by the boys in their household, as she reminded her followers in a super sweet Instagram post.

After finding love away from the Bachelor spotlight, Melissa Rycroft gave birth to her third child with Tye Strickland in May. Their son Cayson Jack and his siblings are all so cute.

The fifth Bachelorette, Jillian Harris, gave birth to her son, Leo, in April 2016. This baby is so ingrained in Bachelor Nation that he's been featured in posts endorsing baby products on his mom's Instagram. #TotalBachelorMove.

Ali Fedotowsky's runner-up Chris Lambton and Peyton Lambton, who was a contestant on Andy Baldwin's season, gave birth to their first child a few days before Thanksgiving. A baby this cute is definitely something to be thankful for.

Ashley Salter didn't walk away from The Bachelor or Bachelor in Paradise in love, but she did get engaged to Austin Brannen and got pregnant soon after her last reality TV stint. Ashley gave birth to their son, Brooks Hartman Brannen, in April and it looks like she finally got her happily ever after story.

Bachelor alum Erica Rose's daughter, Holland Rose Madeleine Gentry, was born in September 2016 and she is already a fashionista just like her mom rocking that leopard print fur.

As I expected, all of these Bachelor babies are beyond adorable. They all seem to be very comfortable hamming it up for the cameras, so I'm calling it now that at least one of them will end up being on The Bachelor or Bachelorette in the future. We just have to wait for at least 25 years or so.