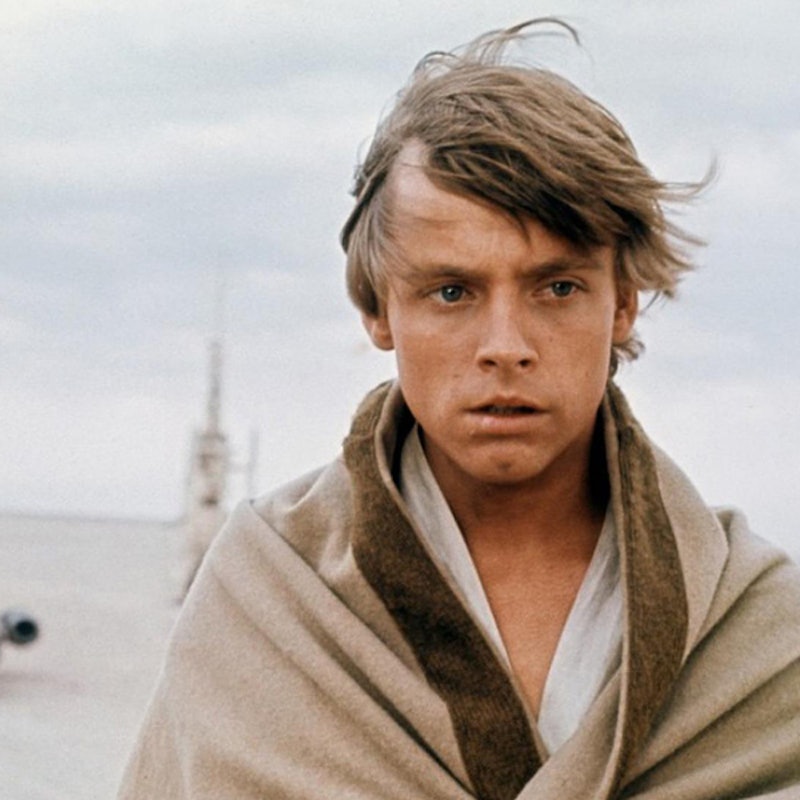 After the way Star Wars Episode VII: The Force Awakens left off, with Rey discovering a secluded and speechless Luke Skywalker, fans are desperate to know what's going on with the galaxy's greatest Jedi. So even though the next Star Wars film, Rogue One, takes place over three decades prior to The Force Awakens, there's still hope that Luke could show up in the film. But is Luke Skywalker in Rogue One for real?

Spoiler alert - the answer is no. The movie takes place directly before the events of Star Wars Episode IV: A New Hope, and tells the story of the group of rebels who steal the plans for the original Death Star from the Empire; as told in the opening crawl of the first-ever Star Wars movie. Therefore, it would've made zero sense for Luke to be in Rogue One, because at that time he was just a normal teenager living and working at his aunt and uncle's moisture farm on Tatooine. If he were to have appeared in the movie in some form, it wouldn't have been to serve the story at all, but to be an almost offensively blatant piece of fan service.

But just because Luke isn't in the film, that doesn't mean there aren't any familiar faces from the original trilogy. The movie quite notably features the return of Luke's father, Darth Vader, who should be in prime evil form since the movie takes place before A New Hope, as well as Mon Mothma. Princess Leia's adoptive father Bail Organa appears in the film, and the big baddie of A New Hope, Grand Moff Tarkin, is featured in the below teaser at the five second mark. And, best of all — major spoiler alert — Leia herself makes a cameo at the end of Rogue One.

So even though Luke Skywalker almost definitely won't appear in Rogue One, there will still likely be enough references to the original trilogy to satisfy old school fans of the franchise.