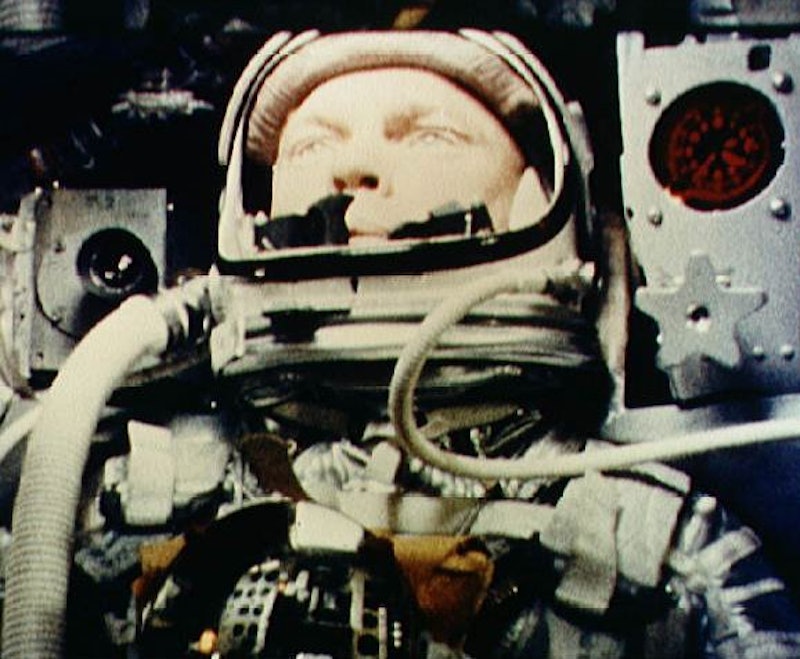 It was sadly announced on Thursday afternoon that astronaut John Glenn has passed away at the age of 95. Glenn was a hero pilot during World War II and the Korean War, but his legacy will forever be tied to outer space. Glenn was one of the original members of the Mercury 7, the pilots who trained to fly the first manned space crafts of the 1960s space race, and he became the first American to orbit the Earth in the space capsule Friendship 7. Glenn went on to become a four-term senator of Ohio, and in 1998, at the age of 77, he returned to space in the Space Shuttle Discovery, becoming the oldest human to visit outer space. He was the last surviving member of the Mercury 7, and to honor his legacy, remember his bravery, or to simply learn more about the astronaut himself, I could not recommend more giving the 1983 film The Right Stuff a revisit.

Based on the hefty, non-fiction book of the same name by Tom Wolfe, The Right Stuff follows the initial creation and training of the Mercury 7 who would be the first American men into space. John Glenn was joined by Alan Shepard, Scott Carpenter, Gordon Cooper, Gus Grissom, Wally Schirra, and Deke Slayton. In the film, Glenn is played by Ed Harris, who would continue his appearance in space movies by later playing Gene Kranz in Apollo 13 and the voice of Mission Control in Gravity. Glenn was well-known for being kind and having a strong moral core, though he could be assertive in his convictions, and Harris gives Glenn a definite bravado in The Right Stuff, but maintains his warm heart as well.

The most inspiring sequence in the film comes during Glenn's first mission into space. After being launched into orbit, shortly after his first go-round the planet, Glenn begins to report back to Houston that he can see what he describes as fireflies, "brilliantly lit up like they’re luminescent. I never saw anything like it. They round a little; they’re coming by the capsule, and they look like little stars. A whole shower of them coming by." Alien enthusiasts to this day still consider this story as proof that Glenn saw extraterrestrials up there, but NASA figured out on the next mission that Glenn's fireflies were actually frozen pieces of condensation coming loose on the outside of the capsule. That didn't stop Glenn from having a bit of fun about the whole situation on the 90s TV show Frasier , however. And in The Right Stuff, the whole scenario is portrayed as a magical, even spiritual encounter.

In addition to being a moving tribute to Glenn and the Mercury 7, The Right Stuff is also an adrenaline-heavy, action-packed drama that will offer more insight into what human beings actually have to go through to get into outer space. Glenn became a pop culture icon due to his fame, and multiple other films and television shows featured him as a character. In the ABC miniseries The Astronaut Wives Club , Glenn, played by Australian actor Sam Reid, is a loving and supportive husband to Annie Glenn, who famously avoided the spotlight and rejected phone calls and visits from Vice Presidents because of her stutter. And in the upcoming film Hidden Figures he's played by Glenn Powell and has a key role in encouraging that NASA trust the brilliant minds of the three African-American women around whom the story is based. But The Right Stuff is where the portrayal of Glenn shines the brightest, and the perfect way to say, "Godspeed John Glenn."