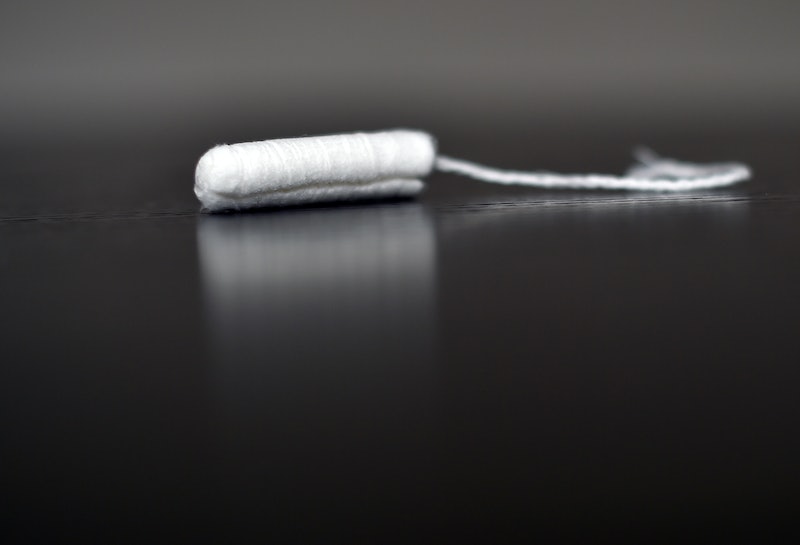 Although abortion is legal under Roe v. Wade, many states have imposed restrictions limiting women's access to the procedure. Texas is known for its especially strict abortion laws, including a new law passed earlier this week. Since the implementation of the rule was announced this month, a social media post has gone viral for encouraging women to send used tampons to Texas Governor Greg Abbott in protest.

Under the new law, Texas health care providers are required to bury or cremate fetal remains rather than disposing of them in sanitary landfills, no matter how early the pregnancy ended. According to the Washington Post, state officials later clarified that the rule doesn't apply to miscarriages or abortions performed at home, so women who qualify for a medication abortion may be largely unaffected. (Accessing a doctor who can prescribe such an abortion, however, is an entirely different story.) However, critics have pointed out that the rule is likely to raise the financial and emotional costs of an already-difficult procedure.

In protest of the rule, a Facebook post has begun circulating online. "If you aren't sure about the fertilized status of your used tampons, panty liners or indefinitely ruined underpants... mail them to the office of Governor Greg Abbott for testing," the post reads, referring to the fact that women lose at least one egg during menstruation each month.

The original creator of the post is unknown, but when Ele Chupik shared the message on Facebook, it received vast amounts of attention. "I would characterize many reactions as supportive, and many as completely misinformed," Chupik, a doula and former abortion clinic worker, tells Bustle over email.

Citing her professional experience with abortion, Chupik writes that many who oppose abortion don't fully understand the circumstances that cause people to seek abortions. "They're unaware of the limited access of contraception, let alone the lack of comprehensive sex ed. ... The point everyone is missing is that this is a complex issue, a tough choice so many women make in silence, and it should be up to her," she writes. "People on both sides who argue about personhood are missing the point."

Perhaps unsurprisingly, the post elicited extreme reactions. Although Chupik says most people were positive, she was forced to block one user, and one commenter apparently said women wouldn't need abortions if they "kept [their] legs closed." (Chupik also briefly switched the post from public to private earlier this week to take a break from the attention — and, in some cases, abuse; she has since turned the post's privacy settings back to public.)

So far, it doesn't look like anyone has actually sent used menstrual products to Gov. Abbott, and Chupik points out that she shared the post as "comic relief for those of us who are weary of all this ridiculous anti-woman legislation." She adds, "I don't think most people will actually send their tampons, but it creates a hilarious visual image. It would be the perfect middle finger to one of the men who consistently makes laws about our bodies and lives." Indeed, it's in the same vein as "Periods for Pence" and "Periods Are Not An Insult," both hashtags directed at Mike Pence and Donald Trump respectively. It's also got a little bit of the "mail something awful to a person who did you wrong" flavor that started with Ship Your Enemies Glitter in 2015 to it, only... a lot worse.

People across the nation are justifiably frustrated and scared after the results of the election. But after years of watching abortion clinics in the state shut their doors and male politicians make decisions about their health care, uterus-having Texans deserve all the support they can get.

More like this
Sandra Bullock, Girlboss Extraordinaire
By Matt Harkins & Viviana Olen
10 Times Boris Johnson Got It Wrong On Trans Rights
By El Hunt and Sam Ramsden
How To Protect Your Digital Privacy If You Need An Abortion Post Roe v. Wade
By Kaitlyn Wylde
How The City Healed Five Years On From The Manchester Arena Attack
By Ella Glover
Get Even More From Bustle — Sign Up For The Newsletter