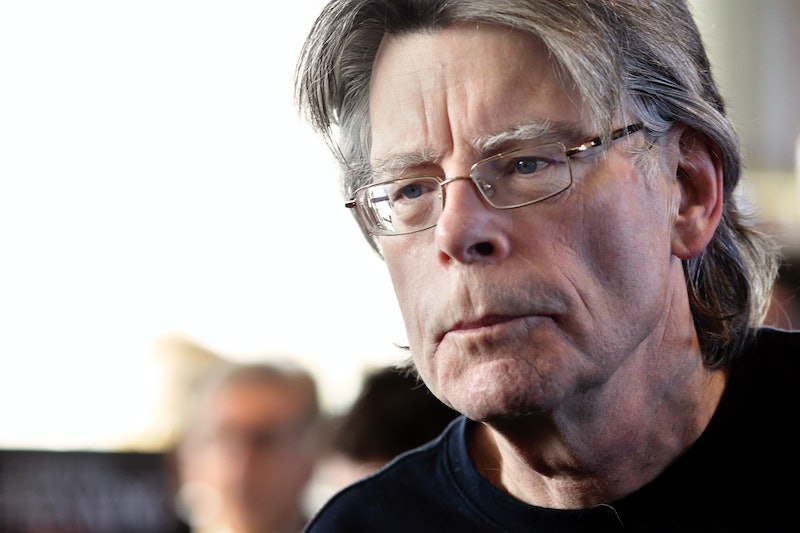 In a Wednesday opinion piece for Rolling Stone, Stephen King defends Bob Dylan's Nobel Prize in Literature, telling detractors to put up or shut up. King waxes poetic on the value of Dylan's lyrics to U.S. folk traditions, and proclaims that "[p]eople complaining about his Nobel either don't understand or it's just a plain old case of sour grapes."

Dylan's laureateship has been the subject of major controversy since the Swedish Academy named him the 2016 Nobel Prize in Literature winner earlier this year. Indie booksellers worried Dylan's win would harm their sales figures, and the songwriter's strange reaction to the honor left some feeling that he was unworthy of the award.

(For the record, Bob Dylan appreciates the Swedish Academy's decision, but is unable to attend the Saturday ceremony in Stockholm, due to scheduling conflicts.)

Regarding Dylan's influence on him as a writer and a human being, King says:

The ["Subterranean Homesick Blues"] line that knocked me out was "The pump don't work since the vandals took the handle." I mean, he just nailed it. The stuff that moved me wasn't the folk stuff that had stories, ... [b]ut "Subterranean Homesick Blues" was like poetry in the sense that it didn't have a narrative line. What it did was peel that away and leave you with pure emotion. It lifted you up.

The It and Dark Tower author went on to call out Dylan's detractors directly. Regarding Super Sad True Love Story author Gary Shteyngart's tweet — which managed to diss both Dylan and the Swedish Academy — King writes:

Well, I've got news for you, Gary: There are a lot of deserving writers who have never gotten the Nobel Prize. And Gary Shteyngart will probably be one of them. That's no reflection on his work. You have to rise to the level of a Faulkner if you're an American.

The mic has been dropped, folks.