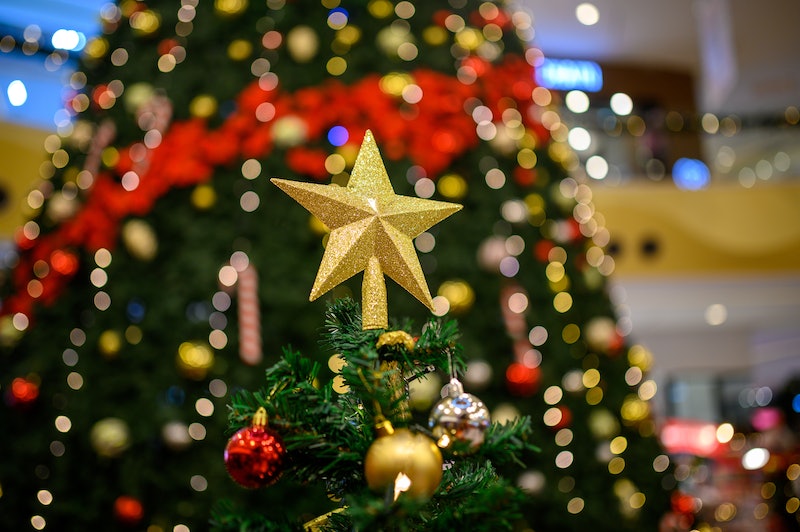 For those who celebrate Christmas, having a Christmas tree at home is often considered a holiday staple. In fact, many people who don't celebrate Christmas still like having a Christmas around because they symbolize holiday cheer and the winter months. Either way, it's fun to learn a little more about the history of our cultural icons. For example: When did we get the first Christmas tree? Well, to begin with, Christmas trees came to the United States via a tradition established by the British, so in exploring the history of the Christmas tree, we need to journey back England, 1790. I know, I know — it seems like a huge leap, but I promise, the road from then to now actually makes a lot of sense.

According to Christine Lalumia at the BBC, Queen Charlotte introduced the Christmas tree to England in the 1790s. Queen Charlotte, who was the wife of George III, was not British born; she was actually German. This matters because Christmas trees actually originated in Germany, so in keeping with her cultural tradition, she brought the concept of the Christmas tree with her to England. Of course, at the time, trees were not quite what we would expect to see today. Instead, Christmas trees were more likely to be plotted plants small enough to be placed on tables, though still decorated with some sort of lights and ornaments.

An important distinction here, however, is that making something popular is not the same as actually bringing it into your culture or country. While many people sought their own trees because of Prince Albert popularizing them, there continued to be references to their German roots for a considerable time. Charles Dickens, for example, referred to Christmas trees as a "new German toy," Lalumia explains.

While Queen Victoria shares some of the credit in popularizing the Christmas tree, it's often Prince Albert who gets the attention. To be fair, who popularized the Christmas tree is not necessarily the most pressing issue on the feminist agenda of today, but it's definitely worth considering that when we look at history, women are often pushed out from the limelight and rarely get the attention they deserve, even when it comes to contributions to social and cultural trends. So next time you decorate your tree, remember to thank Queen Charlotte and Queen Victoria... and then maybe Prince Albert, too.