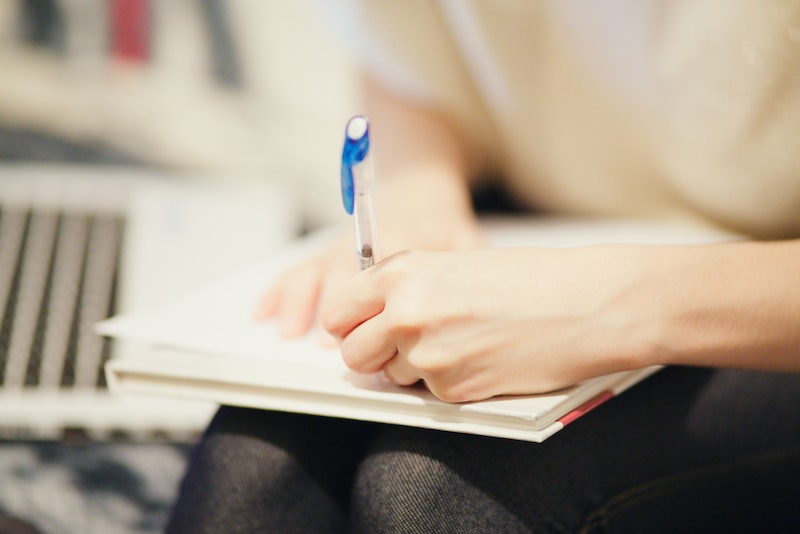 I'm one of those relatively rare left-handed people — which means that my entire life, I've been hearing, "Oh! You're a lefty? Did you know that lefties...", followed by something that's... er... probably not true? There are more myths about lefties from history than I care to remember, so eventually, I just learned to smile, nod my head, and respond with something like, "Oh yeah? Really! You don't say! Wow! Fascinating! Inconceivable!" I can't believe how exciting (or depressing, depending on the myth) my life is supposed to be, all because of the hand I use to do stuff.

To be fair, science has found some (some) correlations between handedness and certain qualities; but as we know, correlation does not equal causation. Also worth noting is the fact that many of these correlations can be chalked up to nurture, not nature. By that, I mean the correlation has to do with our environment, not our DNA. For example, some research has suggested that more lefties suffer injuries at work; but it could be because most everything in this world is created with righties in mind — not because lefties are more inherently prone to injury. A lefty using righty equipment or tools could easily be a recipe for disaster.

This, and other factors, make for all kinds of myths about left-handed people. We're a rare breed, and the stories never end.

This one. This one's a doozy. People have looked me square in the face and said, "Oh. You're a lefty? Did you know you'll die earlier?" Great. Thanks. Fortunately for me and all my left-handed comrades, though, this claim is a myth. It originated with a 1988 paper claiming psychologists found that left-handed baseball players died younger. However, it's also worth noting that the occurrence of left-handed people was increasing throughout the 20th century, meaning left-handers were born later. Lefties were actually younger overall.

If that's confusing, think of this helpful analogy given in Psychology Today: Harry Potter fans tend to be younger than non-fans. If you ask relatives of a recently deceased person if their loved one liked Harry Potter, this means you'll find that Harry Potter fans die at a younger age — but it's merely because these fans are younger overall.

Myth #2: Lefties Are More Likely To Have Mental Illnesses

Believers of this myth are quick to point to research conducted by the Yale Child Study Center, which found that although only 10 percent of the general population is left-handed, 40 percent of people suffering from schizophrenia are left-handed. Some fail, however, to point out the small sample size that was used (only 107 people — not exactly representative of the global population). Additionally, other, much larger studies have found no correlation between the hand you use and your mental health.

Here's one myth I don't have a problem with, but regardless, it's still not confirmed by science. There are countless accounts of artistic people more often being left-handed (like Paul McCartney and Leonardo da Vinci), fueled by the fact that the left hand is controlled by the right hemisphere of your brain, which is often said to be the hemisphere of creativity. However, research has already demonstrated that lefties and righties do not differ in personalities based on their handedness, as one study on New Zealand undergrads published in 2012 found. However, they did note that people who are mix-handed tend to be more introverted.

On a similar note...

It's somewhat understandable that there's this misconception lefties must be right-brained; after all, 98 percent of righties are left-brained, according to some researchers. But hold that thought, because so are 70 percent of lefties! Clearly, the theory of the opposite-brain-opposite-hand relationship isn't science-proofed.

This one is a personal favorite, probably because I'm a writer. It goes right up there with, "You write funny. Oh. You're left-handed. I see." First, any lefty can tell you that trying to write in a notebook made for righties is no easy task. It's awkward and uncomfortable, and you almost always smudge your writing with your own hand. But, let's be clear: That might be the only difference you'll consistently notice from a leftie's handwriting. Research has shown that the writing of lefties versus righties is virtually indistinguishable, in terms of both speed and quality. Even the slant of the writing is commonly the same. So put that in your pipe and smoke it.

More like this
The 4 Most Forgiving Zodiac Signs
By Kristine Fellizar
The 3 Most Honest Zodiac Signs, According To Astrologers
By Kristine Fellizar
The Office Lego Set Includes All Your Favourite Dunder Mifflin Characters
By Sam Ramsden
Scotland's First Period Dignity Officer Has Sparked Backlash
By Darshita Goyal
Get Even More From Bustle — Sign Up For The Newsletter