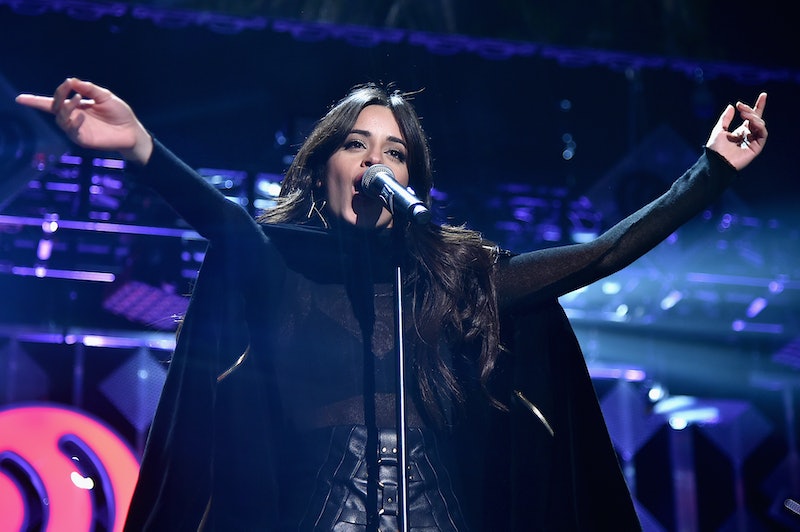 I can't believe I'm still saying this, but 2016, what else will you strip us of before this year ends? If you're going to leave us with a Fifth Harmony one person short, can you at least give me an answer an answer to the most important question of all? I mean, will Camila Cabello will go solo in 2017? No official explanation has been given for her departure from the girl group thus far, but I suspect that the desire to branch out on her own has a lot to do with it. At least, I hope so. With everything that the world has been through in 2016, I need something to look forward to in 2017. Solo material from Cabello would be a step in the right direction.

Earlier: It isn't completely far-fetched to imagine that Cabello might start churning out material on her own. The announcement of her departure from the group comes on the heels of two successful solo releases, "I Know What You Did Last Summer" in November 2015 and "Bad Things" in October 2016, which, in retrospect, look a lot like Cabello testing the waters for her exit. Sigh. Hindsight is 20/20.

It's also worth noting that this is a very similar career trajectory to that of Zayn Malik, who abruptly left his five person band with a number in the title in March 2015 to make some music of his own. The rest of the band subsequently vowed to soldier on in his stead. While I hope that Fifth Harmony doesn't meet the exact same fate as One Direction, which is currently on hiatus with no end-date in sight, if you've been paying attention to the music world at all, you've probably noticed that Zayn's solo career is treating him pretty well indeed. Whether it informed Cabello's decision to peace out on Fifth Harmony or not, it does make me pretty confident that we'll see some new material from her before a year is out.

So while I'm still feeling really blindsided by the loss of Cabello from Fifth Harmony, I'm hopeful that this is the right choice for her. I'm hopeful that she'll be able to express herself and her artistry through new material. And, above all, I'm hopeful that her old band stays true to their voice and keeps churning out those chart-busting hits that I can't keep out of my head.

More like this
Camila Cabello Shared Advice For Anxiety & Mental Health With Selena Gomez
By Alyssa Lapid
Is Megan Fox Pregnant? MGK Gave A Shout-Out To Their “Unborn Child” Onstage
By Hugh McIntyre
Twitter Is Upset About The 'American Idol' Top 3 Results: "Who TF Is Voting?"
By Jake Viswanath
Stormi Just Walked A Red Carpet With Mommy Kylie Jenner & Daddy Travis Scott
By Hugh McIntyre
Get Even More From Bustle — Sign Up For The Newsletter