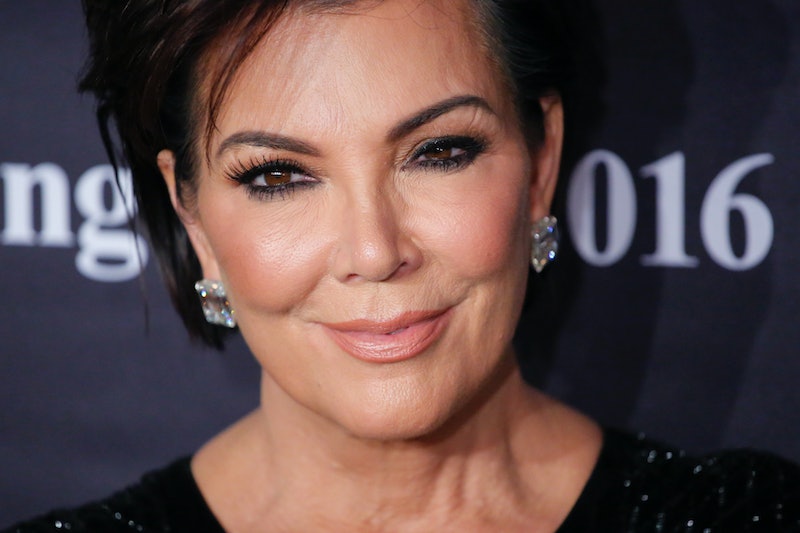 It's been a whirlwind of a couple days for Rob Kardashian and Blac Chyna, who seem to have broken up after an Instagram hacking scandal, which led Kardashian to claim that Chyna left him along with their baby, Dream. As if that wasn't enough, the Rob & Chyna baby special, which documented the birth of Dream, aired on Sunday, Dec. 18, the day after all the breakup news came out. Kardashian and Chyna have been openly commenting on social media about their situation, but what does the Kardashian family think of the Kardashian and Chyna drama? Well, they have not said anything at all yet, which could mean something in itself. (Bustle has reached out to reps for Chyna and the Kardashian family, but has yet to receive a response.)

Many things hang in the balance for the couple, like their romantic relationship and possibly the fate of Season 2 of their reality show, Rob & Chyna, but from their already rocky history, we can assume that no outcome will be drama-free. Earlier on in the wake of their surprising new relationship, the Kardashian sisters did not seem to fully support Kardashian dating Chyna, who was their youngest sister's (Kylie Jenner) current boyfriend's (Tyga) ex-fiancée. (I always need to take a breath after trying to sort that one out.)

After the drama over the weekend, the Kardashian family has yet to make any comment, and I think that this just means that after going through so much, they are just staying out of Kardashian and Chyna's business.

Kris Jenner and sister Khloé Kardashian were the only family members to post anything about the E! baby special, and it wasn't exactly a very personalized message either:

Kylie did give a subtle shoutout to her brother when she posted a photo of her latest Arthur George socks on her website, but this was more about Kardashian's sock brand than he himself. Plus, it could have been a scheduled post:

I imagine that the family might just be fed up with Kardashian and Chyna's public shenanigans and have chosen to not be publicly invested in something that could blow over soon. After all, Kardashian has already posted a public apology on his Instagram.

Considering the family's silence, the internet has taken full advantage of imagining what's going on behind closed doors at the Kardashian headquarters and, well, some of the tweets are hilarious:

All I have to say is that hopefully Chyna and Kardashian can work out their differences out of the spotlight soon, so things don't get messier than they already are.