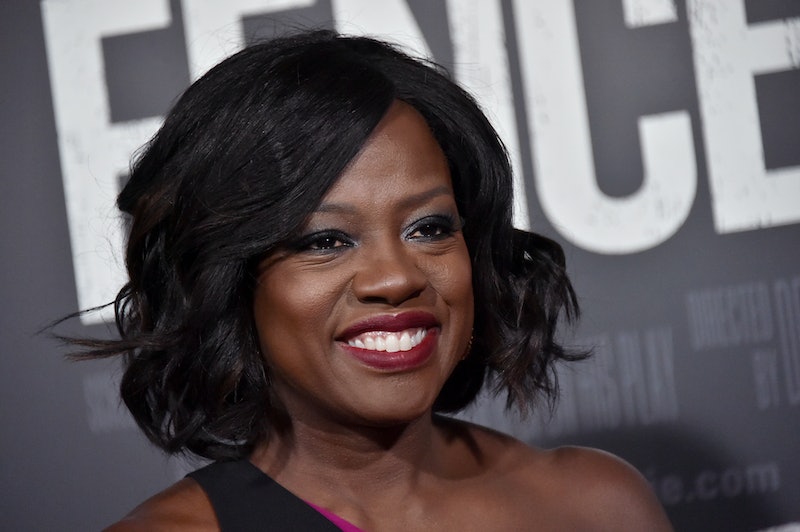 An important takeaway here, of course, is that we persevered. As Helen Reddy says, "We are women, hear us roar, in numbers too big too ignore." Despite having so many odds stacked against us, women haven't lost sight of the things we're fighting for — namely equal rights in the eyes of both society and the law. It is through this dogged determination that we've managed to accomplish some pretty incredible things over the last decade that I think we can all agree are big wins for women at any point in time.

Need your daily dose of inspiration to keep fighting the good fight? Let's take a look at some of these amazing, yet surprising accomplishments.

1. The First Female Presidential Nominee of a Major Party

We'll start with this fantastic feat, since it's fresh on everyone's minds. In 2016, Hillary Rodham Clinton — the former First Lady, U.S. Senator and Secretary of State — officially ran for president of the United States as the Democratic nominee. Although she ultimately lost to Donald Trump, her nomination and subsequent campaign as the first female presidential nominee of a major party broke serious glass ceilings.

2. The Right to Reasonable Time to Breastfeed or Chesttfeed Our Children When We Return to Work

I know — it boggles the brain this isn't just a given. Thankfully, it is now, thanks to Section 4207 of the Patient Protection and Affordable Care Act passed in 2010. This provision states that employers must allowed female employees with children less than one year old reasonable break time to breastfeed or chestfeed their child and — here's the kicker — the employee must be allowed to do so in a private place other than a bathroom. This is especially important in light of the United States' sub-par (read: non-existent) family leave policies.

3. The First Woman Director to Win an Academy Award for Best Director

In 2010, Kathryn Bigelow broke through Hollywood's notoriously hard-to-shatter executive boys' club when she won the Academy Award for Best Director for The Hurt Locker. Bigelow's accomplishment was huge for creatives, given how many incredible women directors throughout history made an indelible mark in cinematic history and are hardly remembered for it — and certainly not recognized for it. For context, the first Oscar for Best Director was awarded in 1929 for the 1927-1928 seasons. It took over 80 years for a woman to awarded the prize.

4. Broadening the Scope of Criminalizing Violence Against Women

5. The First Black Woman to Win an Emmy Award For Outstanding Lead Actress in a Drama Series

When Viola Davis stepped up to the podium in 2015 to accept her Emmy Award for Outstanding Lead Actress in a Drama Series for How to Get Away with Murder, it was a historic moment for women of color. Can you believe that in the nearly 70-year history of the Academy Awards only seven black women have even been nominated for the award Davis won? And, obviously, none of those women won until Davis — though not for lack of talent. Cases in point? We're talking about Debbie Allen, Alfre Woodard, Regina Taylor, Cicely Tyson, Kerry Washington, and Taraji P. Henson.

6. The Right to Wear Trousers

Yep: In 2013, both Turkey and France finally did away with old bylaws regarding women in menswear. The Turkish parliament ended a ban that forbade female lawmakers from wearing trousers (or pants) in its assembly; meanwhile, in France, a largely ignored bylaw requiring that women ask permission from city authorities before "dressing as men" — specifically wearing trousers — was finally revoked. So essentially, with enough campaigning and protesting to protect their sartorial autonomy, women proved who really wear the pants.

7. Criminalizing Female Genital Mutilation in Several Parts of the World

FGM is still prevalent in roughly 30 countries around the world that we know of. That number is likely higher, though, as it definitely was prior to several countries passing legislation against FGM in the last decade. Thanks in large part to the tireless efforts of social activists, laws criminalizing FGM practice were passed in Iraqi Kurdistan in 2011, Ireland in 2012, the United States (the Transport for Female Genital Mutilation Act) in 2013, and Gambia and Nigeria in 2015.

8. The First Badass to Ever Swim from Cuba to Florida without a Shark Cage

OK, admittedly, this one is amazing and surprising because OH MY GAH. Let me introduce you to Diana Nyad — a broadcast journalist, writer, and record-breaking swimmer. What makes Nyad's story so extraordinary? On Sept. 2, 2013, on her fifth attempt, Nyad swam the 110 miles between Havana and Key West without a shark cage or fins, making her the first person in history to accomplish this feat. And, oh yeah, she was 64 years old at the time.